Kelly and Brenna met at a mutual friend’s birthday party in 2011 where they talked for hours.  Kelly remembers, “Brenna had the best smile and the most down to earth personality. I’ll never forget that day I first met her.” 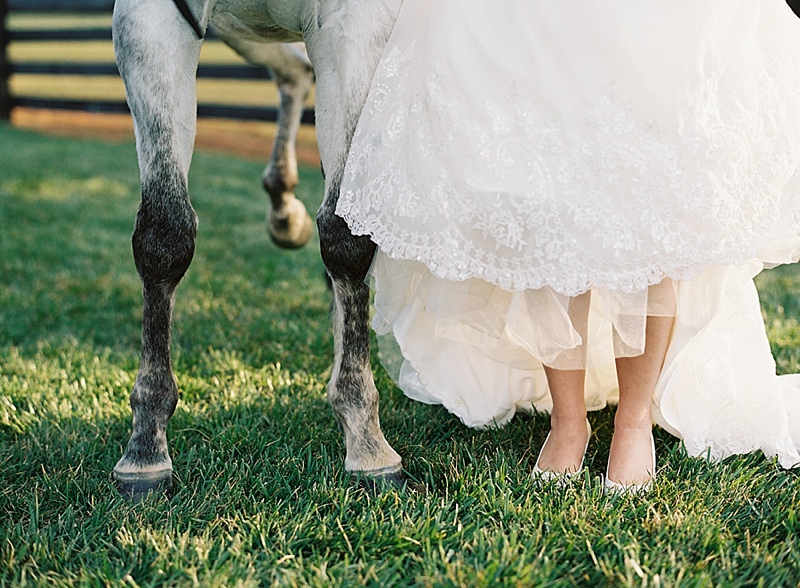 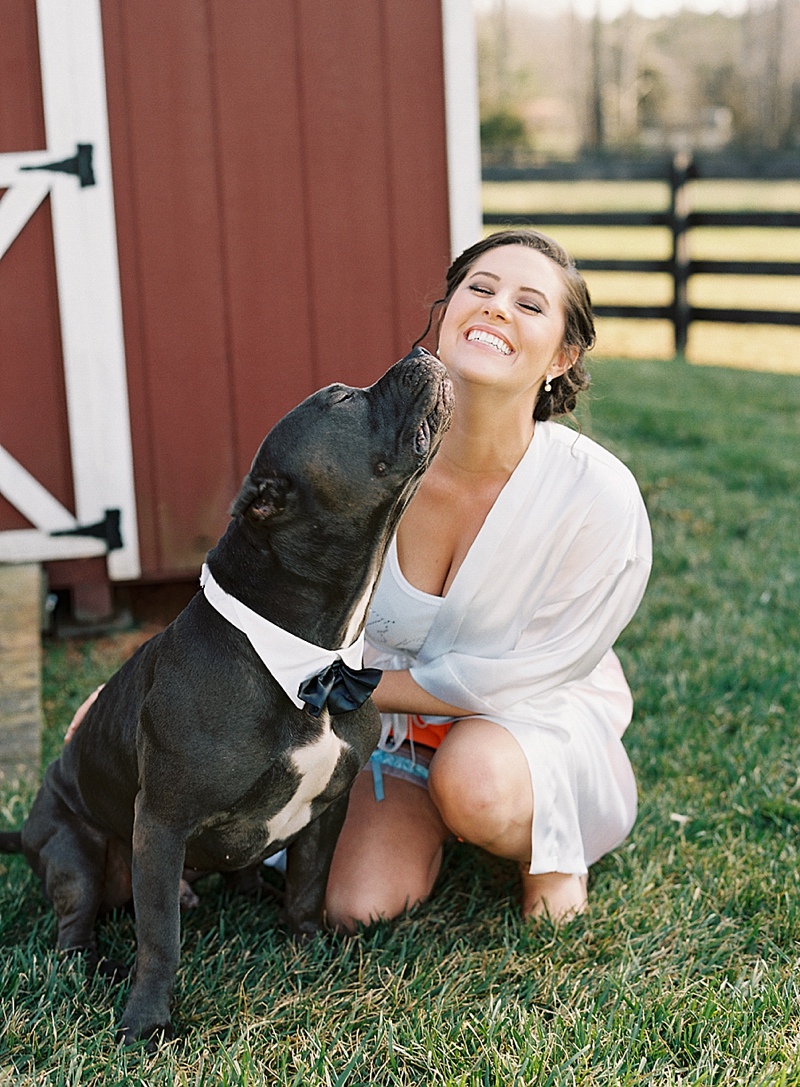 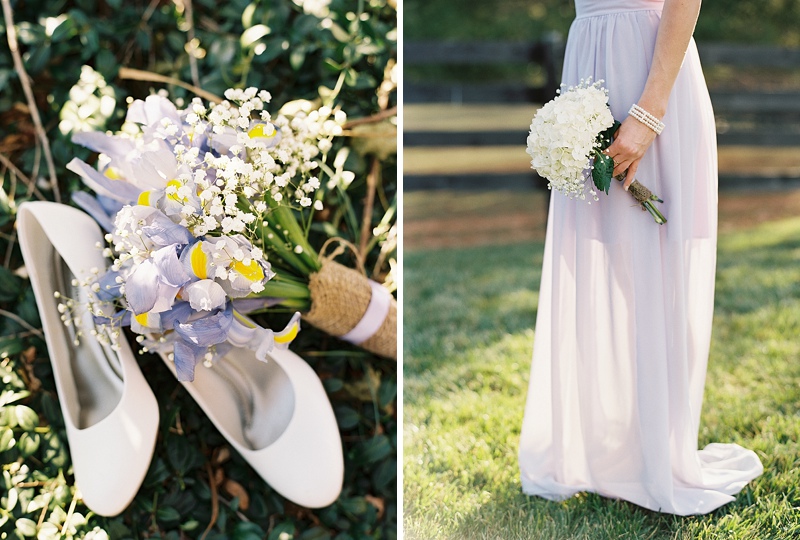 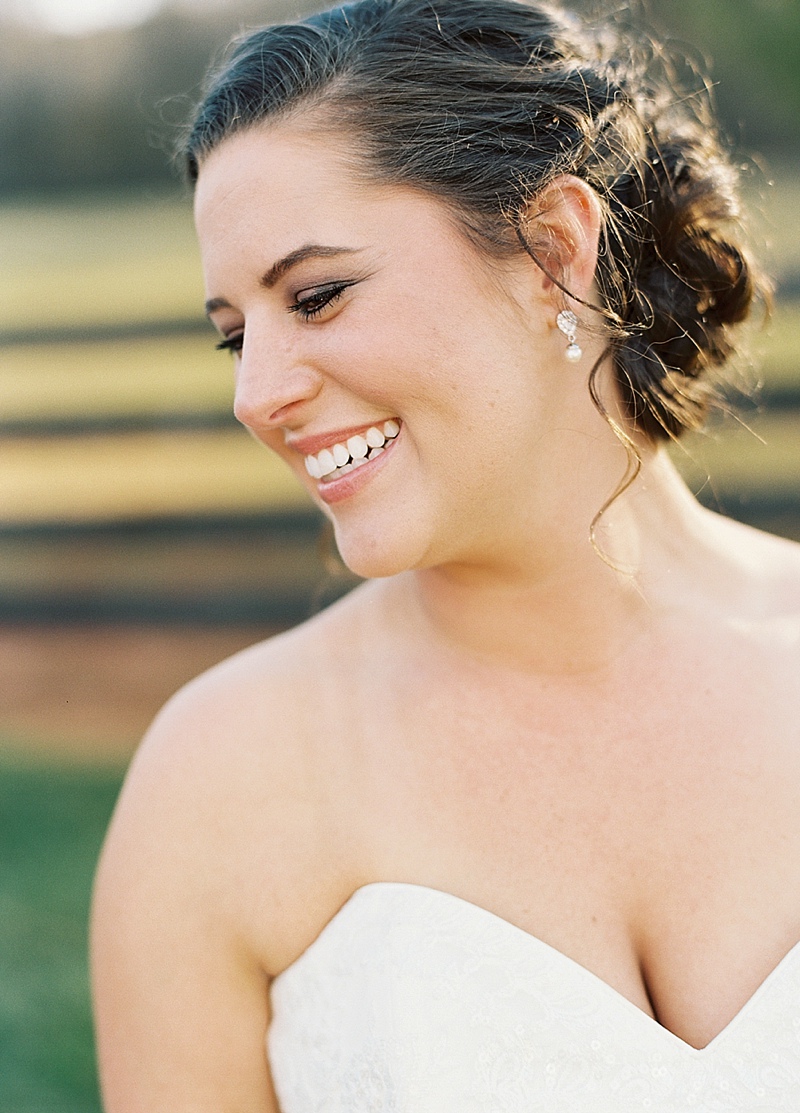 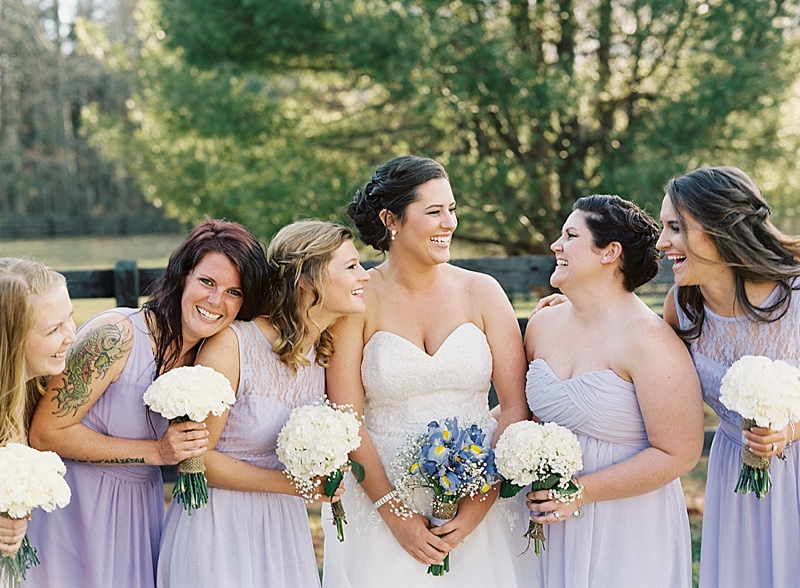 The groom tells us, “This was one decision I was 100% sure about. I went ring shopping around the one year anniversary of us dating. I absolutely knew I wanted to marry Brenna within a few months of us dating, but I wanted to be sure she felt the same way though before I proposed to her! In November/December of 2014, Brenna and I started to plan a vacation together. No matter what we ended up doing, I was going to propose.

We decided to spend a week at Disney World in March. We booked the trip, took the days off work, and planned from there. I knew exactly where I wanted to take her: The California Grill on top of the Disney Contemporary Resort. When you eat dinner at the California Grill, you have exclusive access to the terrace where you can observe the evening fireworks over the castle at the magic kingdom. This sounded like a fairy tale to me, so I HAD to propose to her underneath fireworks overtop the castle!

Our dinner was perfect, the evening was perfect, and our service was incredible. After we ate, we walked out to the terrace. I tried to find a spot where there was nobody else, so we could have a little privacy. I’ve never been so nervous in my life. I was babbling about nothing while fumbling around my suit coat pocket for the ring. She definitely picked up on what I was doing. I got it out, got down on one knee and asked her to marry me. She said yes before even looking at the ring. It was everything I hoped it would be.” 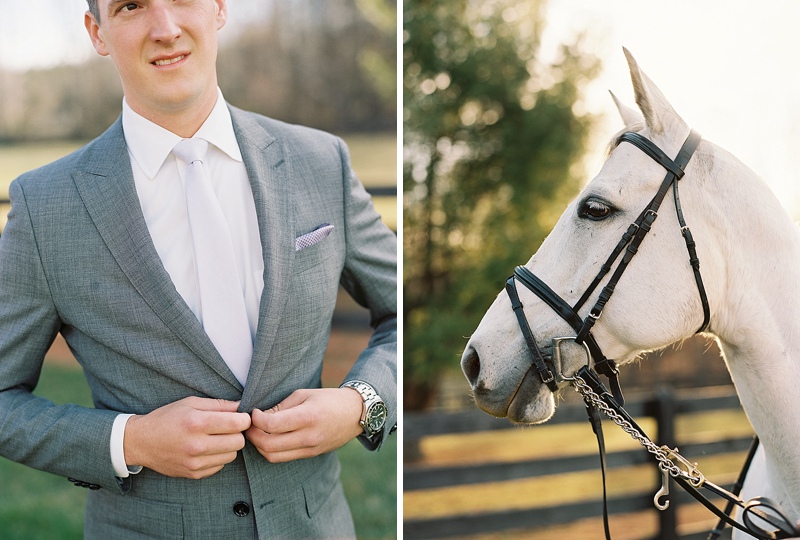 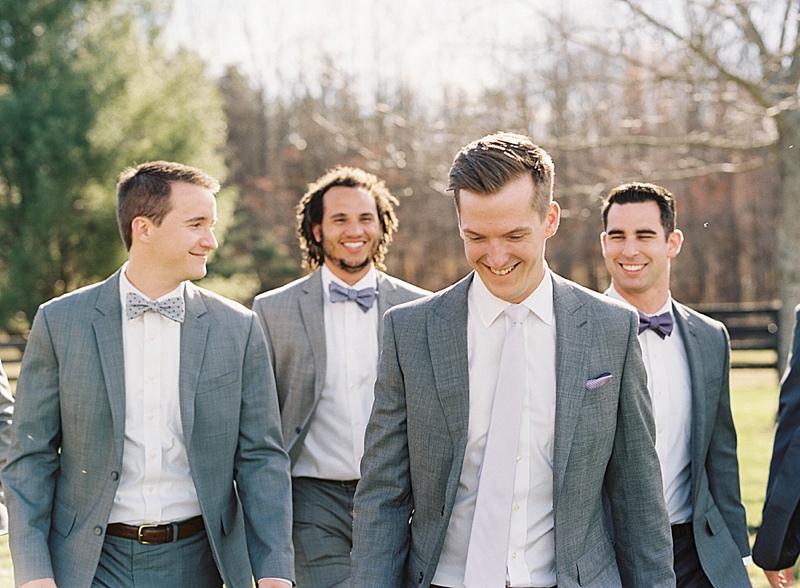 The groom says, “My favorite part of the day was the first look. Me and all my boys were out smoking cigars to help me calm my nerves when the photographer called me over. I stood on the far side of the house facing out to the corn field with my back to the bridal suite. When she came up and touched my back, I melted. I literally started crying. I had never seen her look that incredible before. Seeing her, and knowing I was going to end the day as her husband was probably the single most amazing moment of my life.” 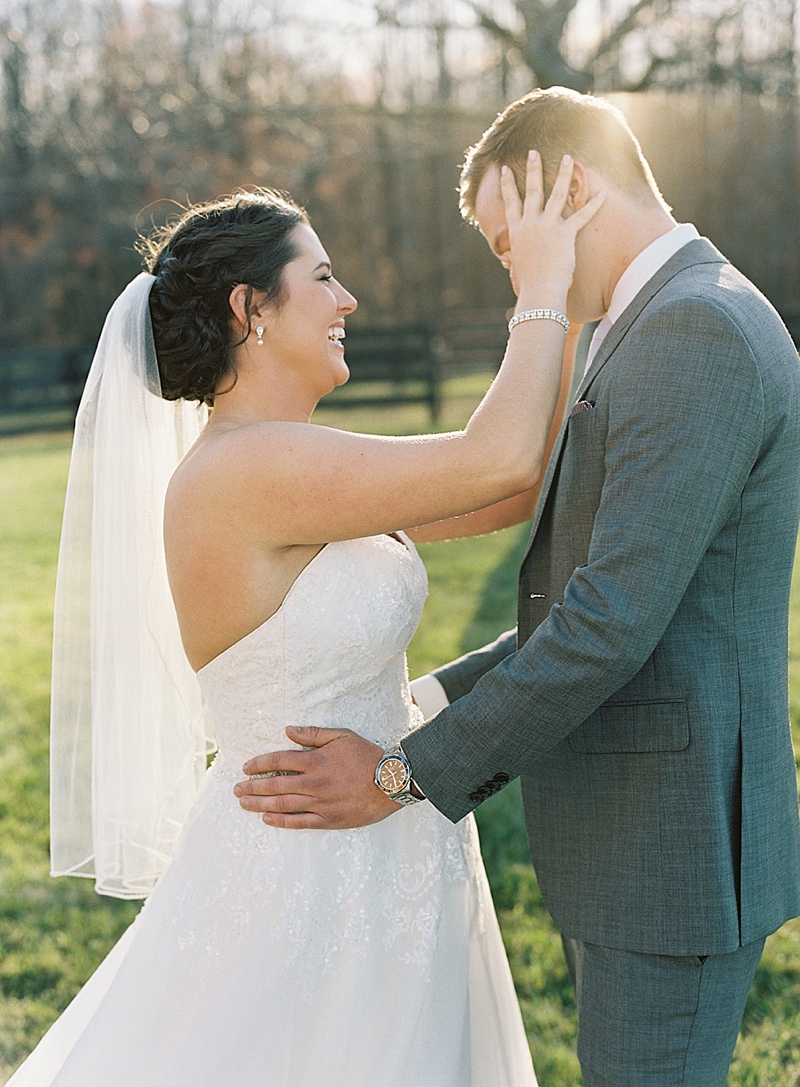 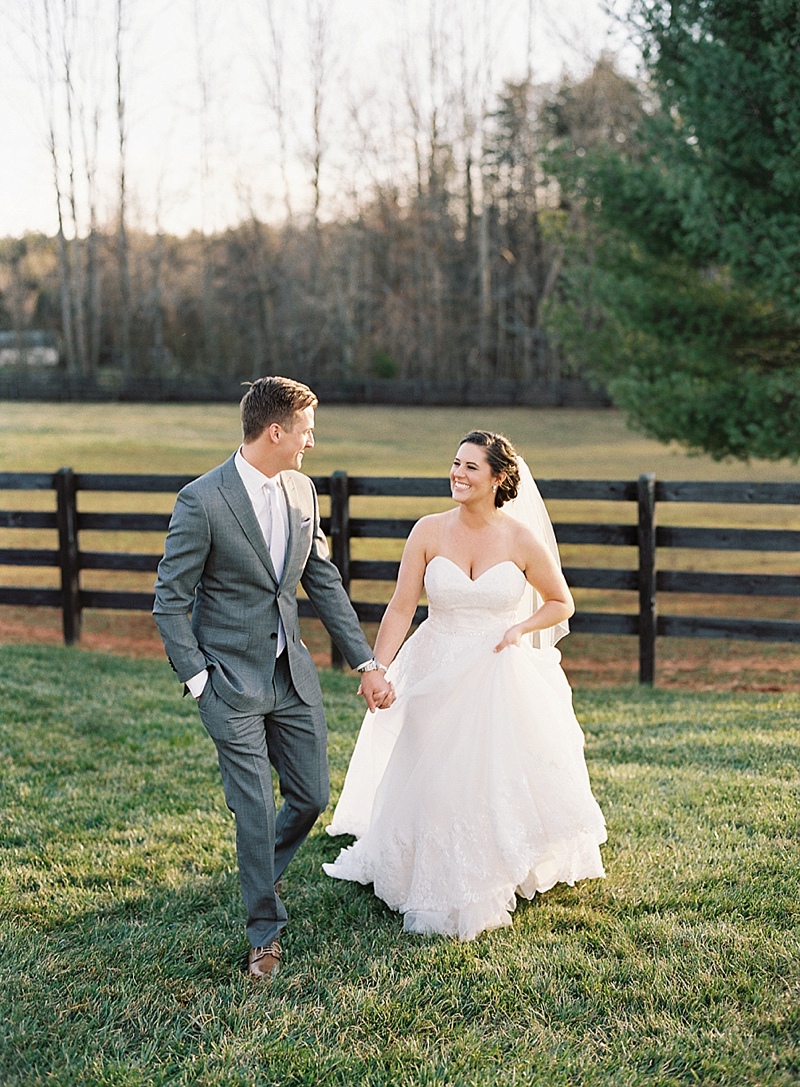 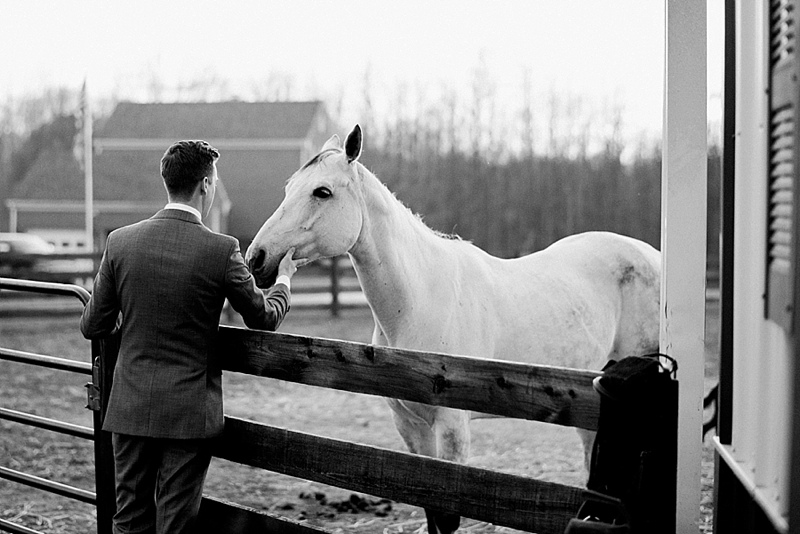 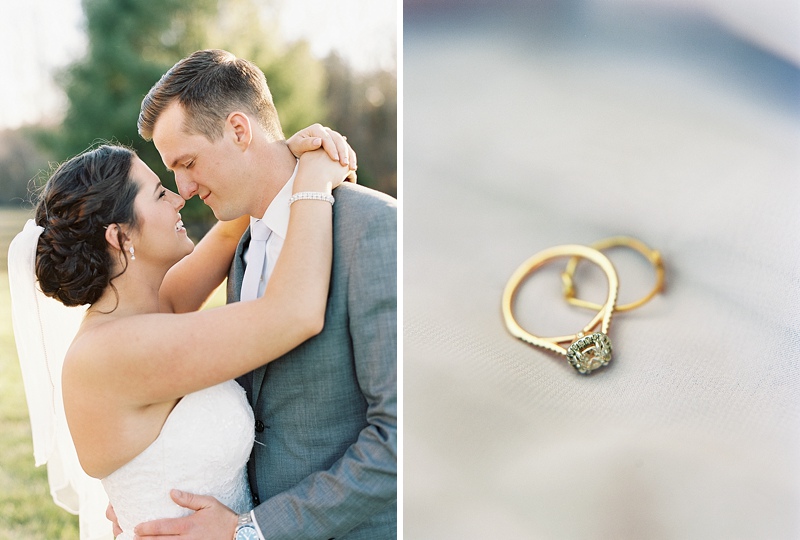 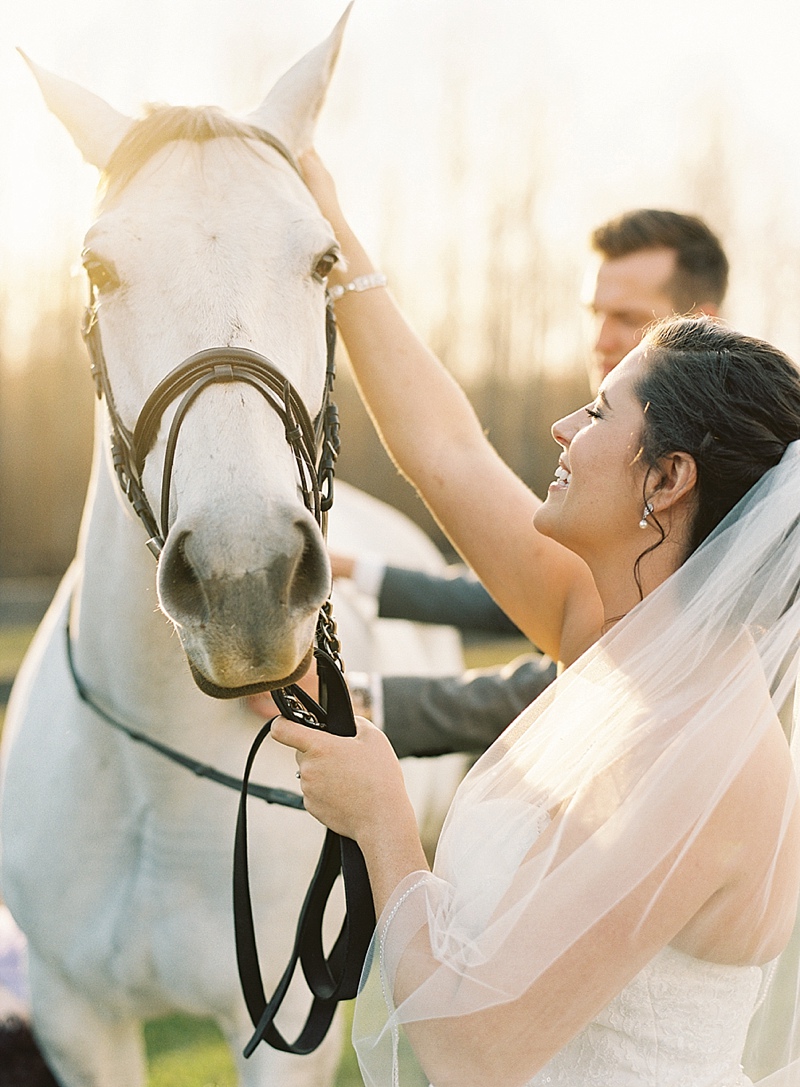 “We were really looking for a venue that would allow us to bring our dogs and Brenna’s horse. They are a huge part of our lives, so we really wanted them to be a massive part of our special day. We looked at a few other farm venues but ultimately fell in love with Donna’s place, Bandit’s Ridge. I spoke with her on the phone, and she was as thrilled as we were about having animals out.

We met up with Donna on a rainy afternoon to see the place. It was AMAZING. Just the right size and the right place. The barn itself was more than capable of catering a small wedding, and there was a massive patio that allowed a killer dance party. Donna also worked super hard to make sure our day was special, and she worked tirelessly with us to provide a perfect setting. 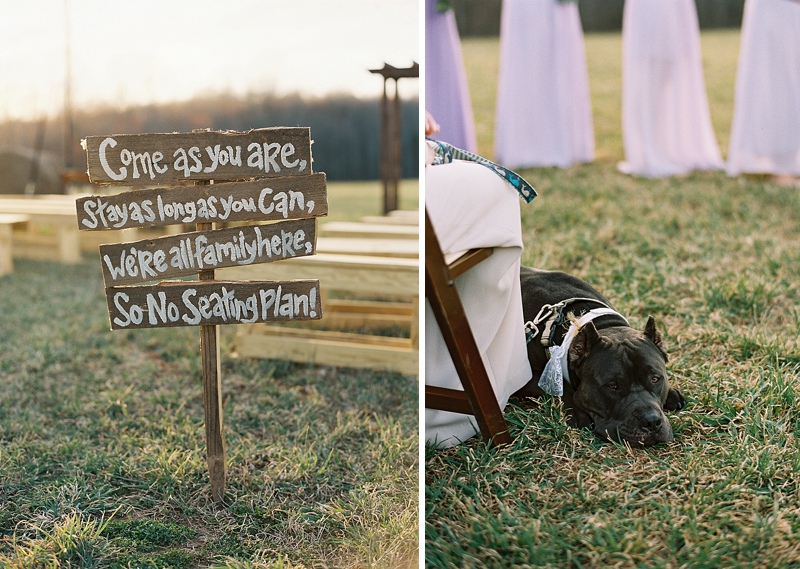 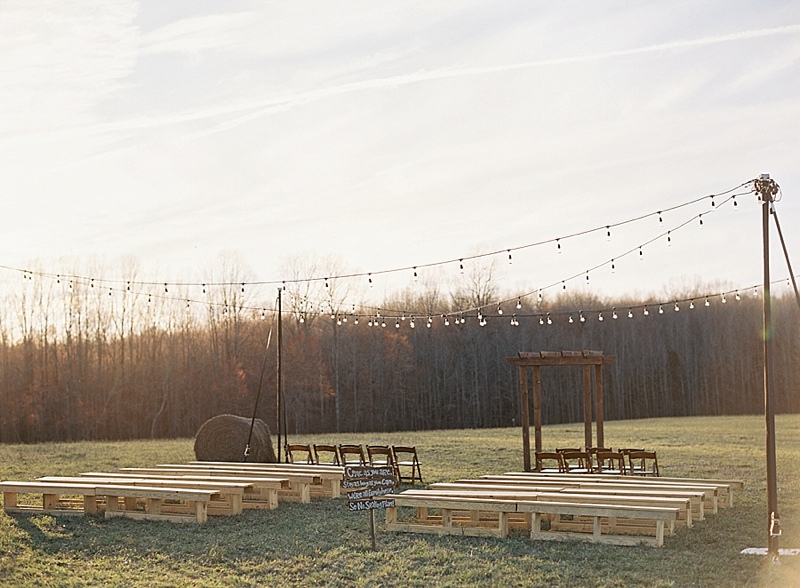 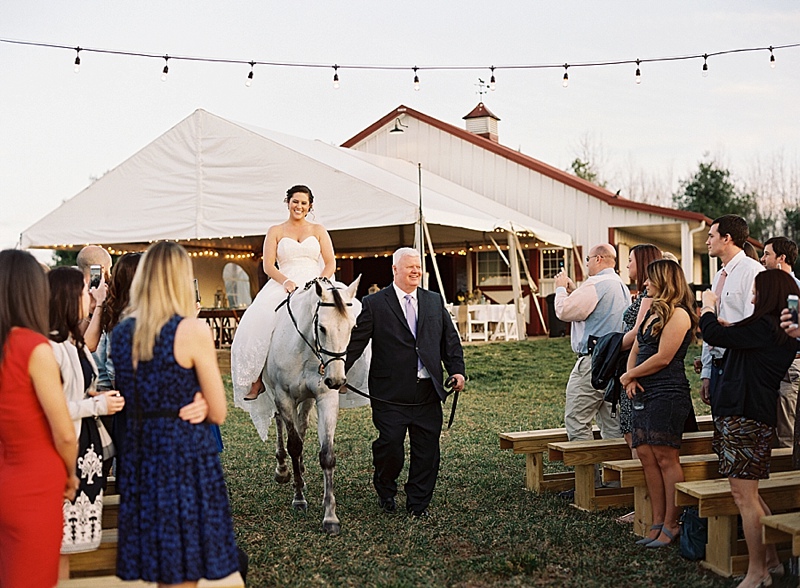 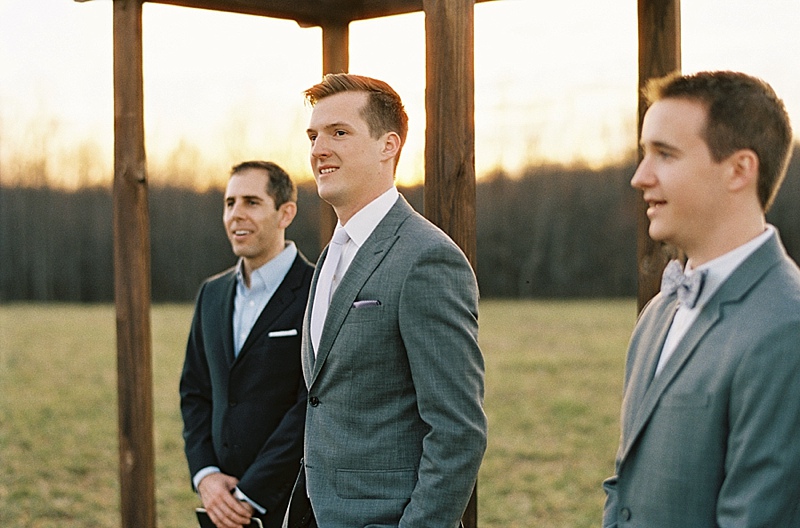 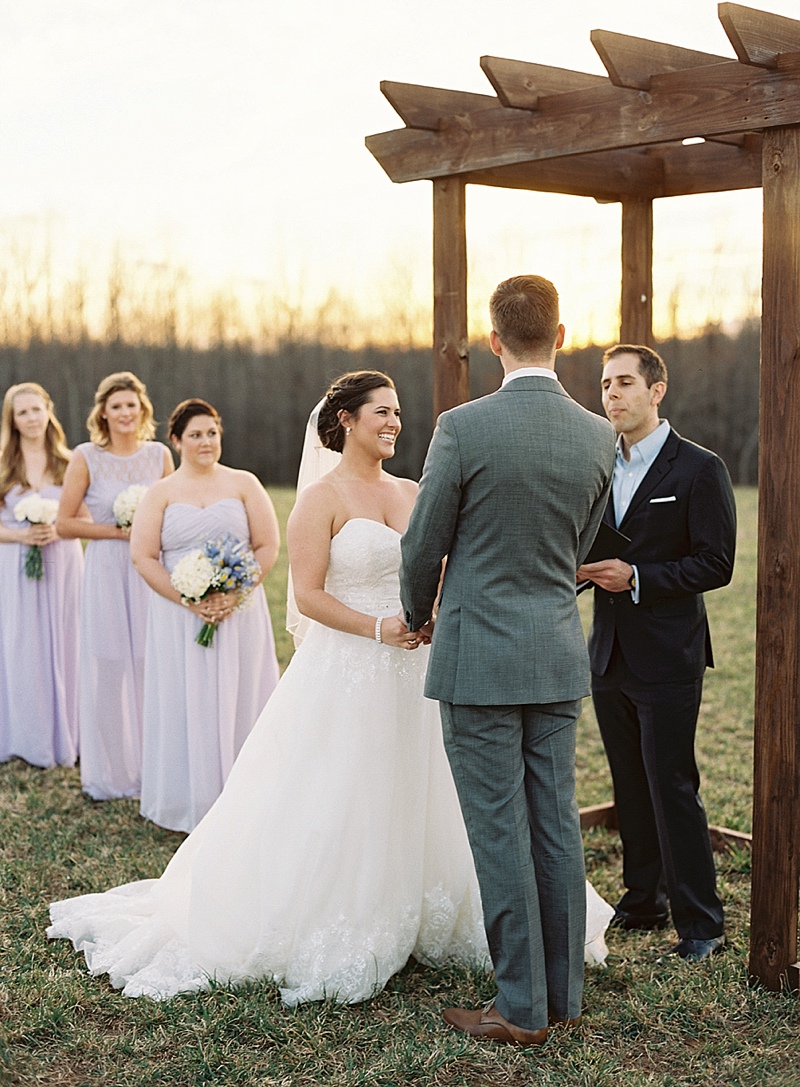 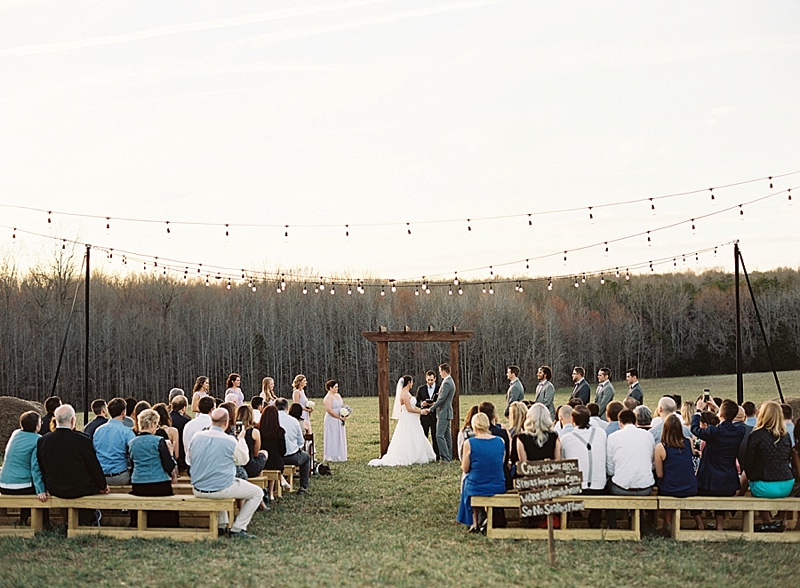 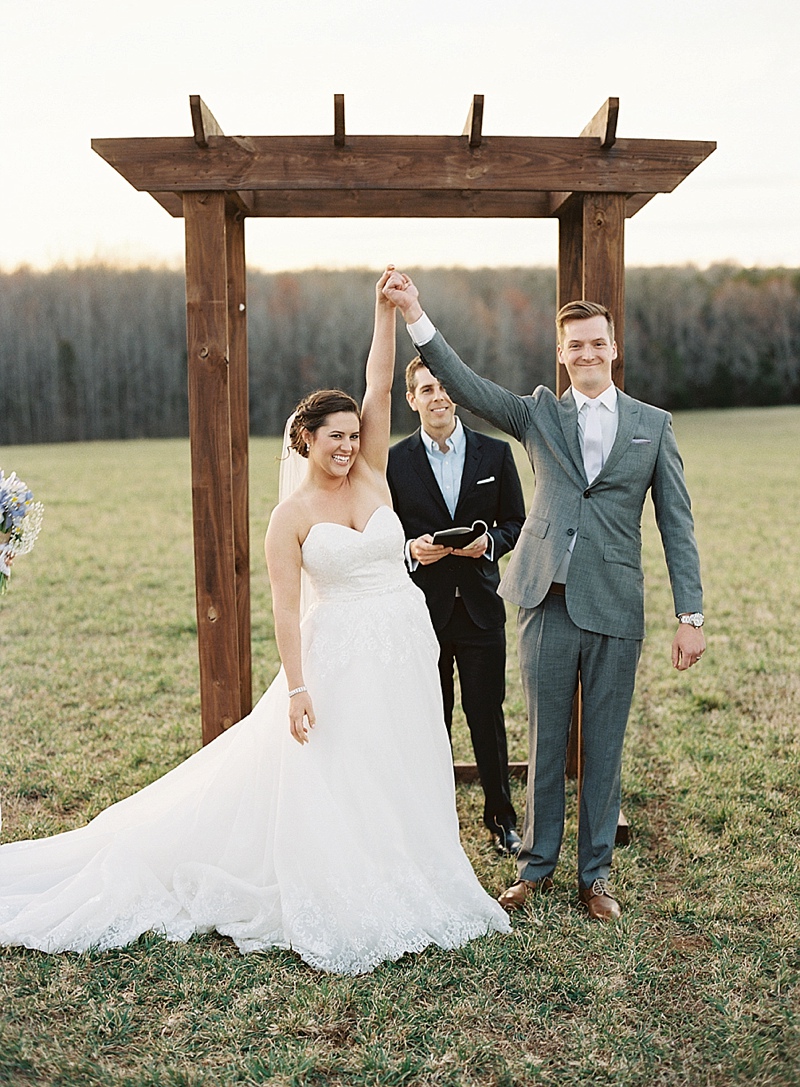 Because we were at a country farm, we wanted to maintain a very rustic feel with the décor. Her family made some awesome rustic wooden furniture to compliment the farm. Everything we had was a crafty, wooden design. A lot of the stuff Donna had or made for us, including the cupcake stand and the farmtable we used for dinner. 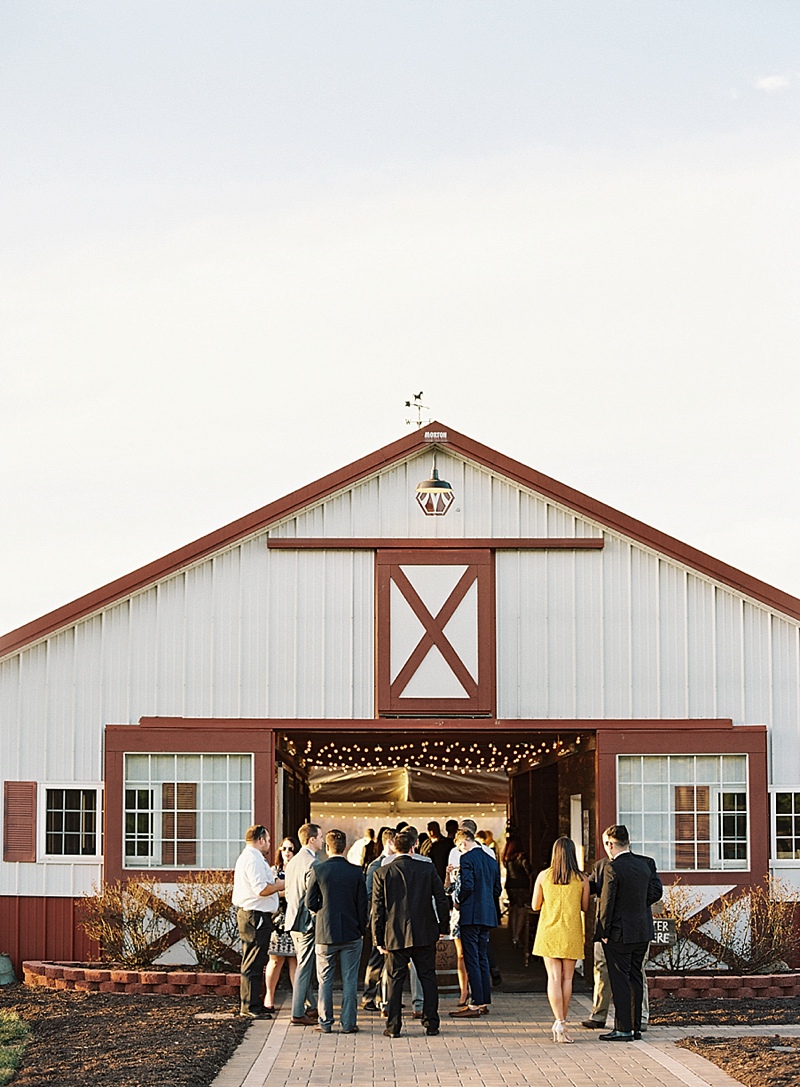 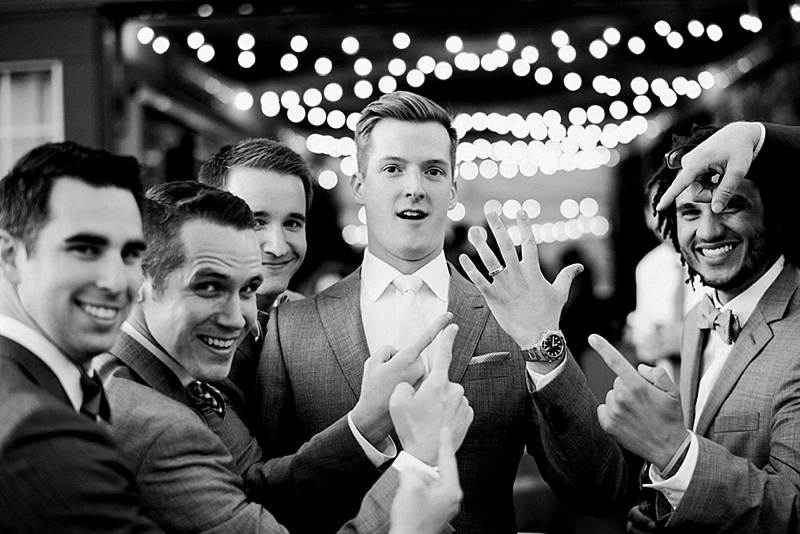 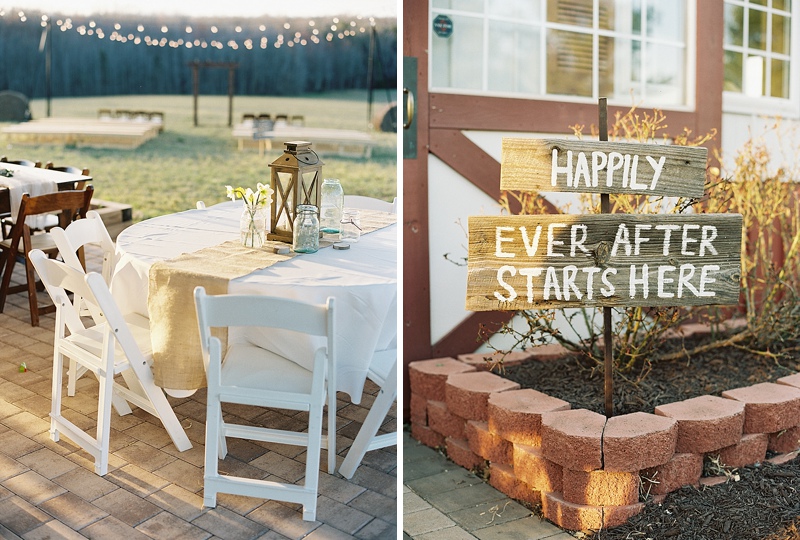 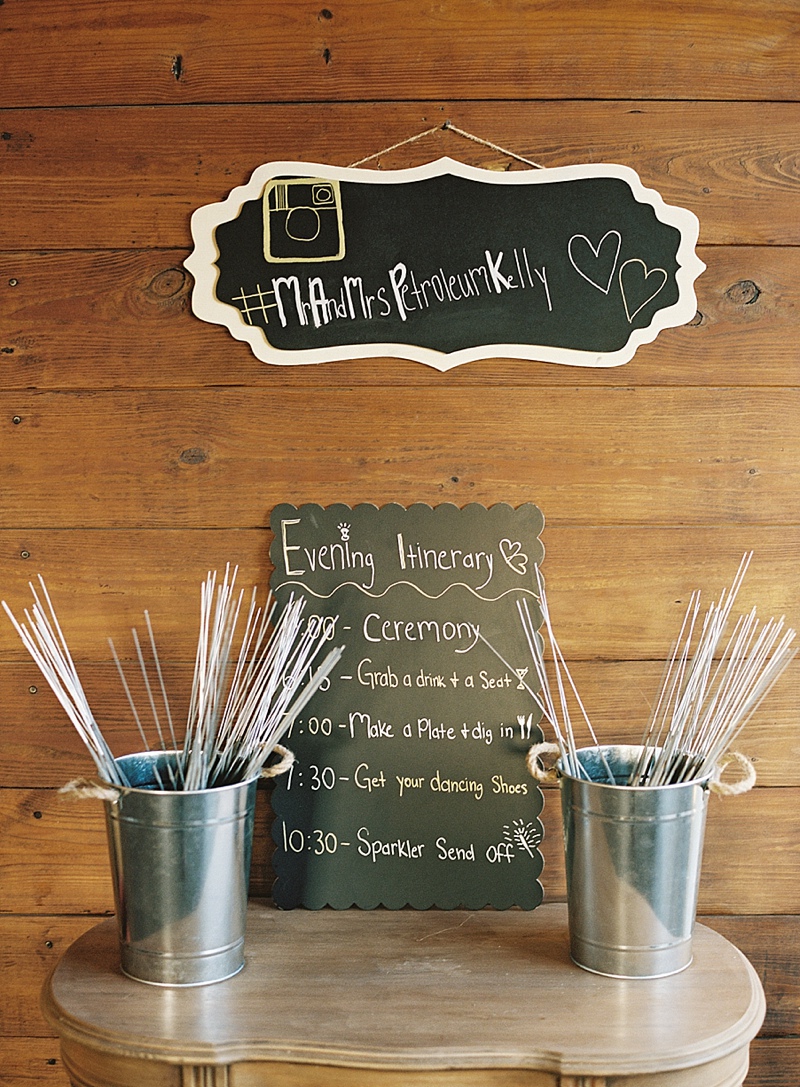 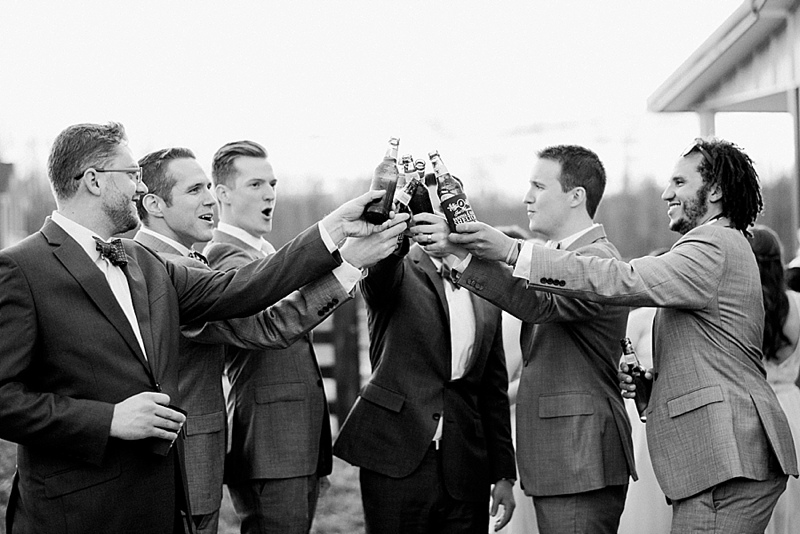 We really wanted everybody to have the most fun at a wedding than they ever had. From start to finish, our wedding was a massive party. We did a first look before the ceremony so we could grab pictures before dark, but also so we could spend as much time with our guests as possible. I wanted to see a beer in every single guests’ hand when I looked out over the crowd, and I did! That was a victory for me. From that point, we had a P.F. Chang’s catered buffet and hours upon hours of dancing. 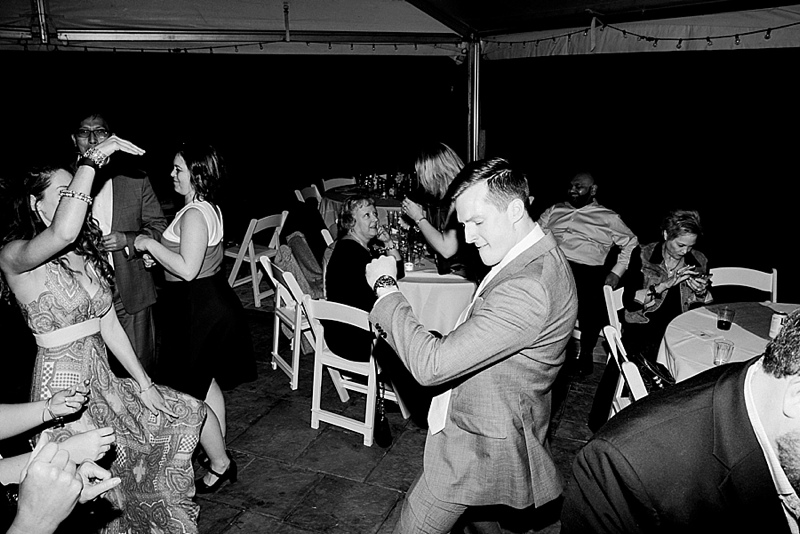 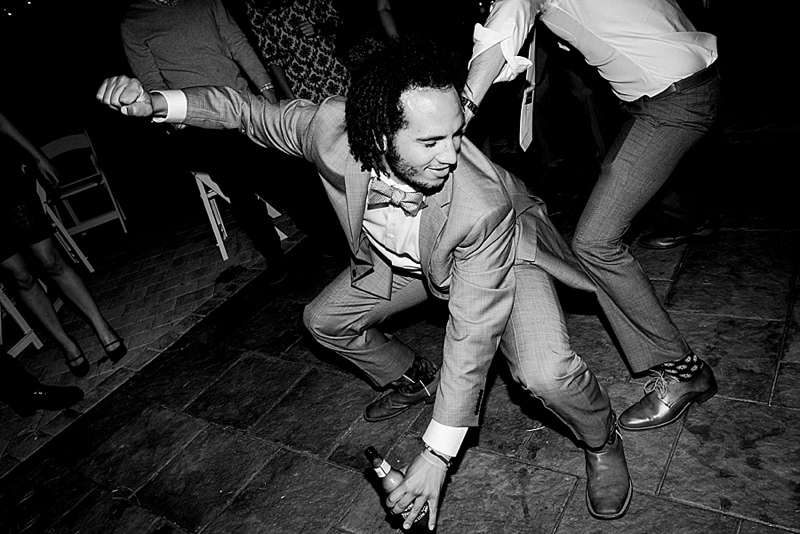 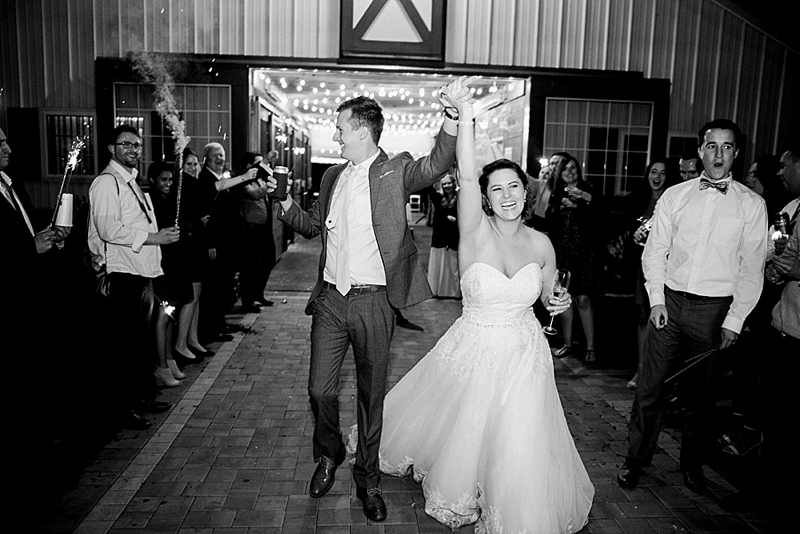