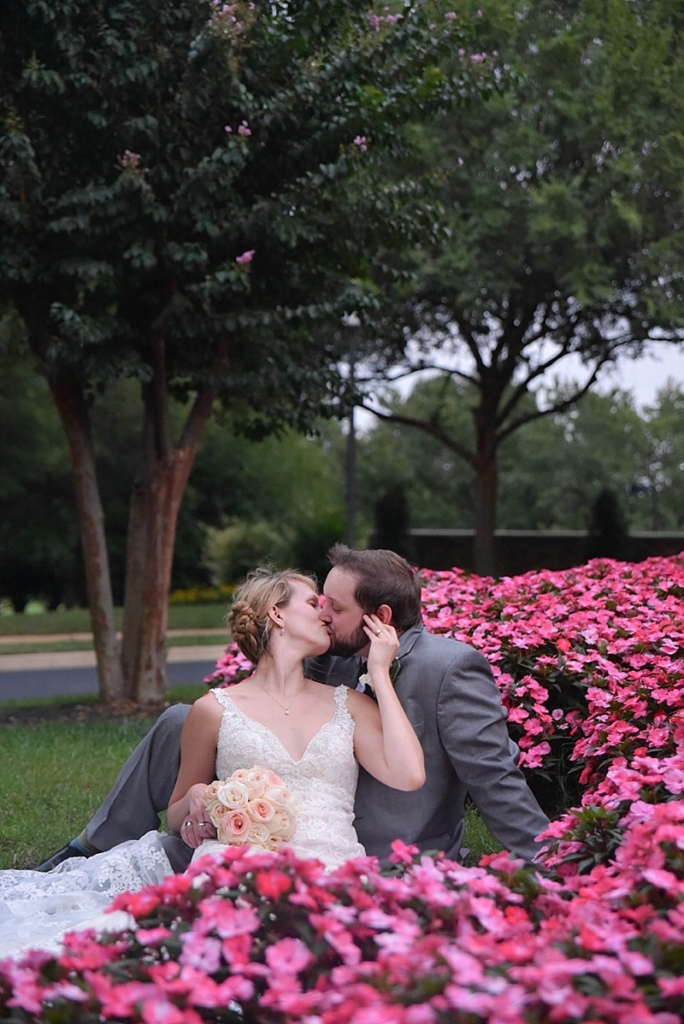 Erika tells us, “After graduating from the University of Virginia, I stayed in Charlottesville to work for the university. Matt returned to Charlottesville to complete his graduate degree in engineering in 2012. The first time I saw Matt was for a Tuesday Trivia Night at McGrady’s in the late summer of 2012. The vast majority of my tablemates immediately recognized him and got to chatting, but I had no idea who he was. Turns out, we had two groups of friends in common, and for the next two weeks, we kept running into each other.

We finally hung out post-Top of the Hops (a beer festival in Charlottesville) because his friends played matchmaker by telling him where I was. Matt asked me out and our first date was attending a polo match at King Family Vineyards the very next day. That two-hour date lasted all day, then we started running into each other on purpose! 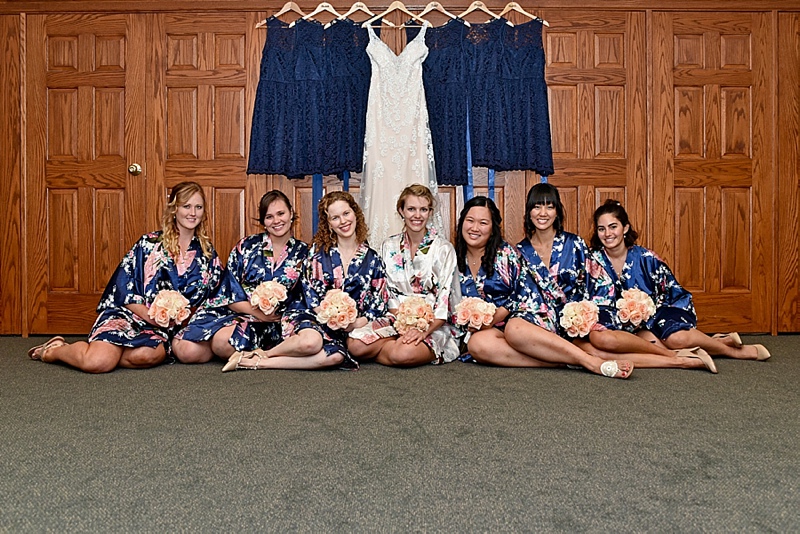 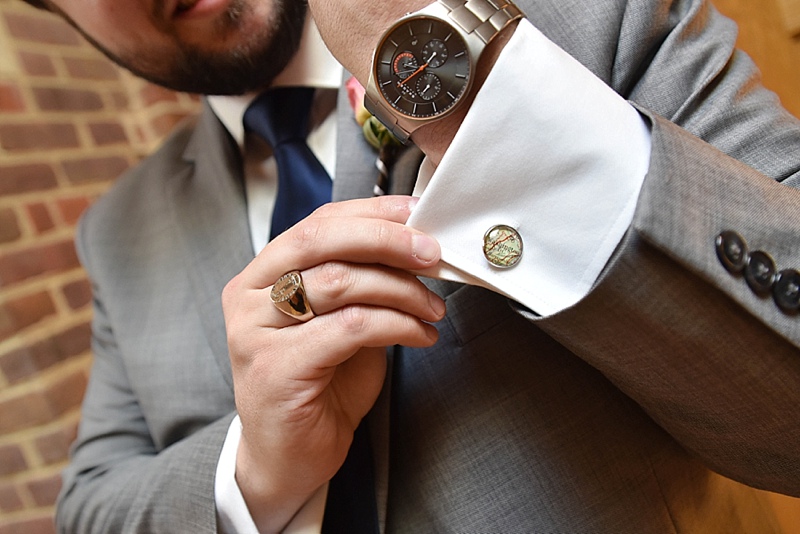 Matt had suggested we plan a group scavenger hunt. I got people on board and made lists of items to find and activities to accomplish for points. We scheduled it for February 15, 2014. His secret plan was to create a separate list of items for just us and to propose in front of the Jefferson Memorial, where his friend Jacob would be waiting to take pictures. However, the day of the hunt, we got snow — MASSIVE snow!

The plan was revised to a compressed indoor version. I was 100% surprised and couldn’t believe it was happening. After his proposal speech, I remember asking him if he was serious. But I said yes! The best part—he used his grandmother’s engagement ring and it fit perfectly without any adjustments! 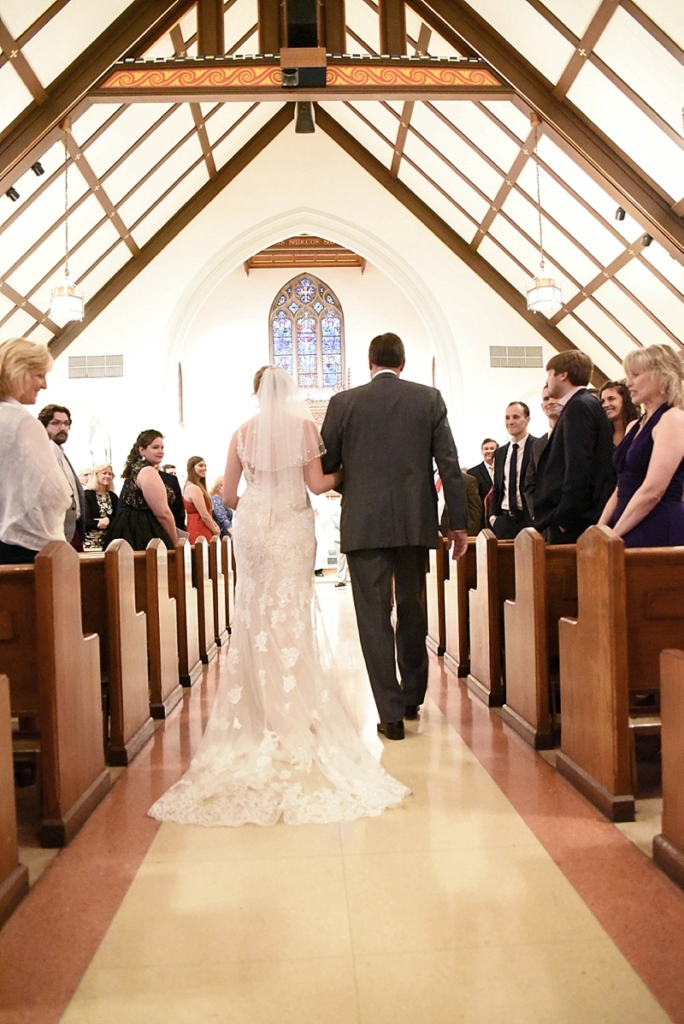 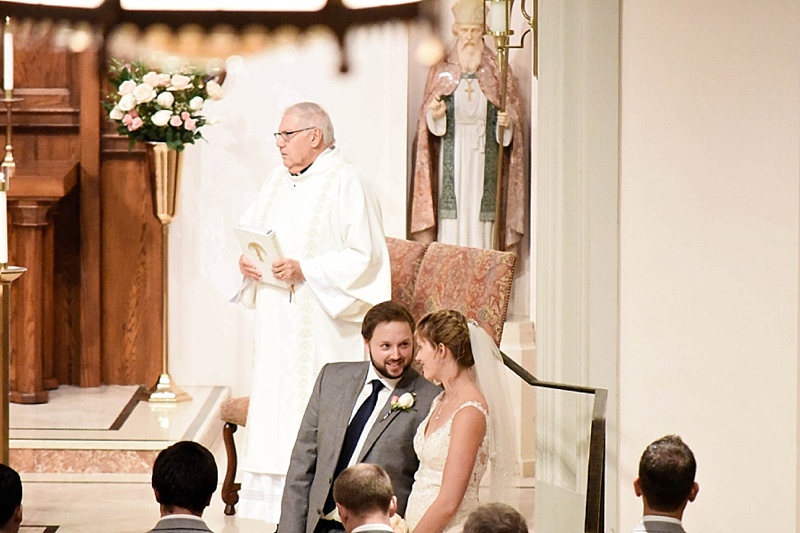 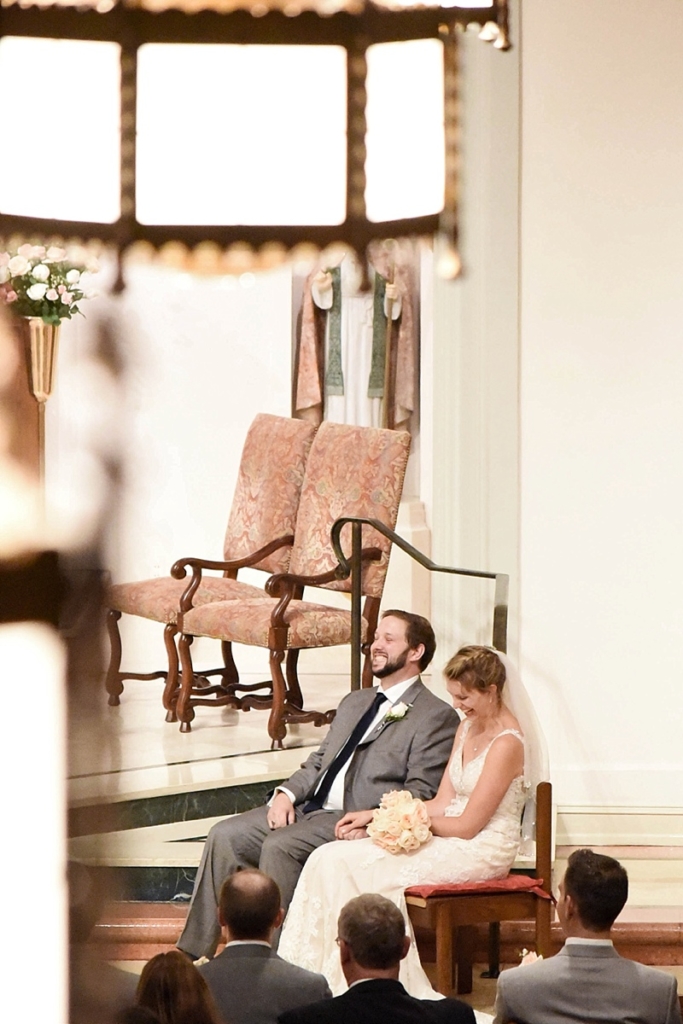 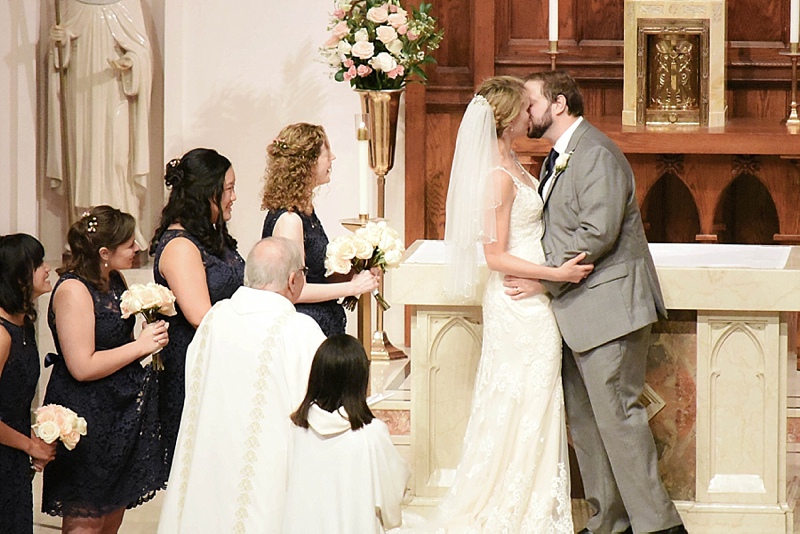 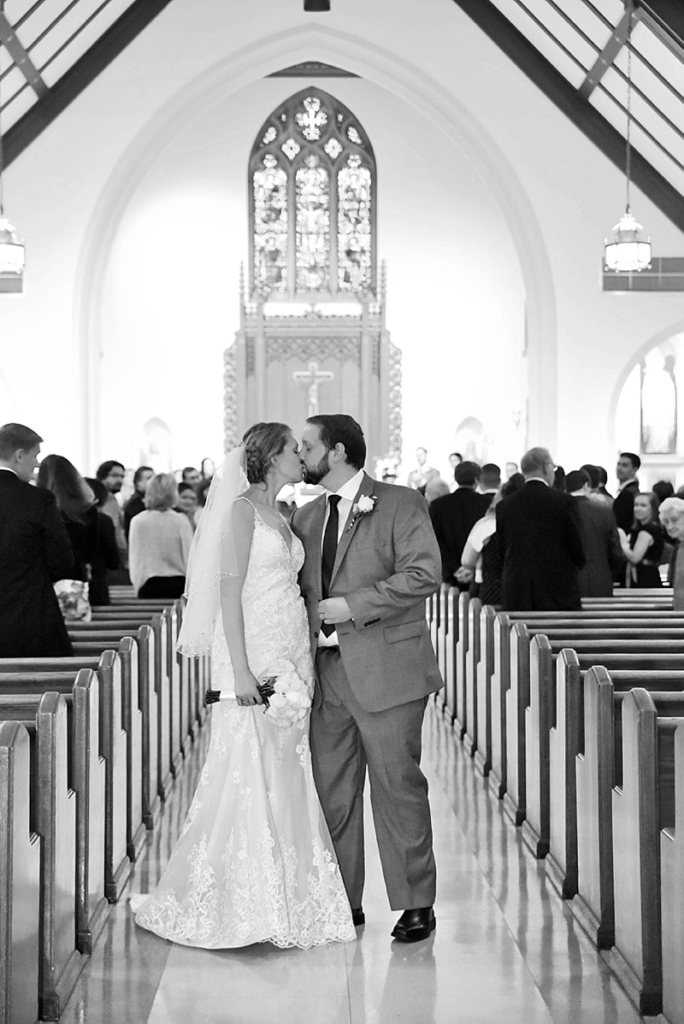 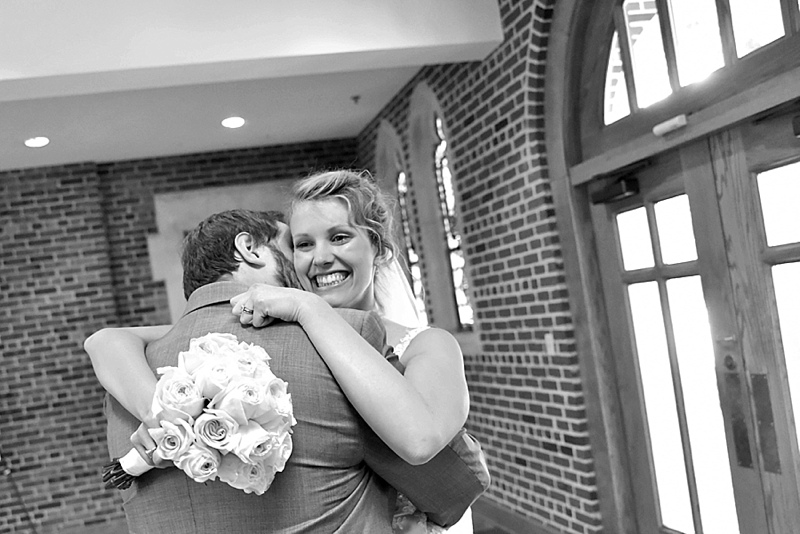 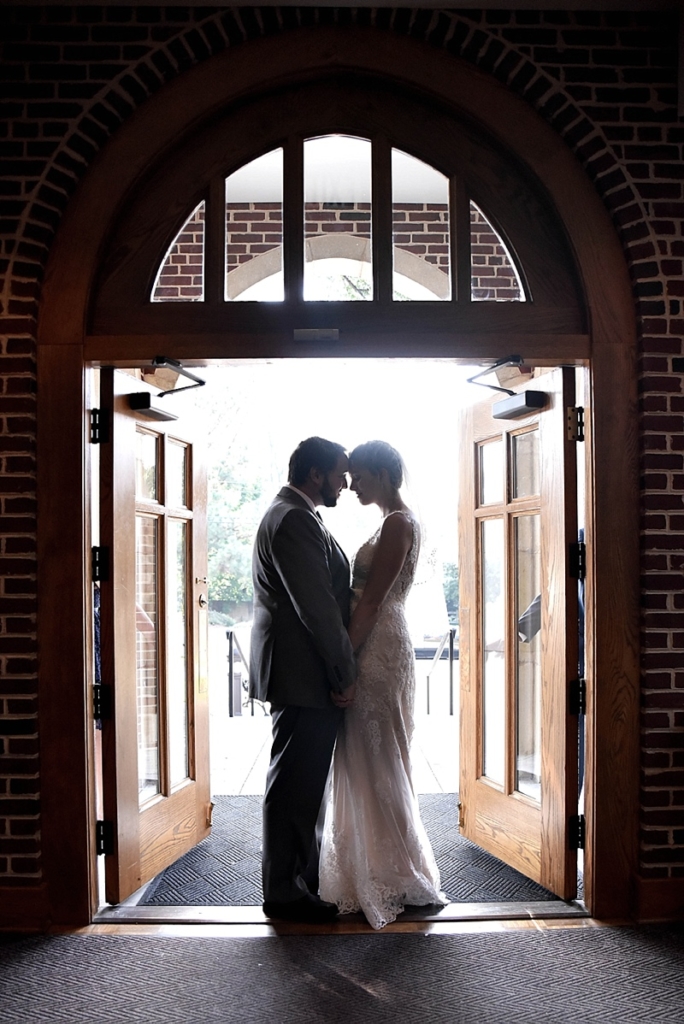 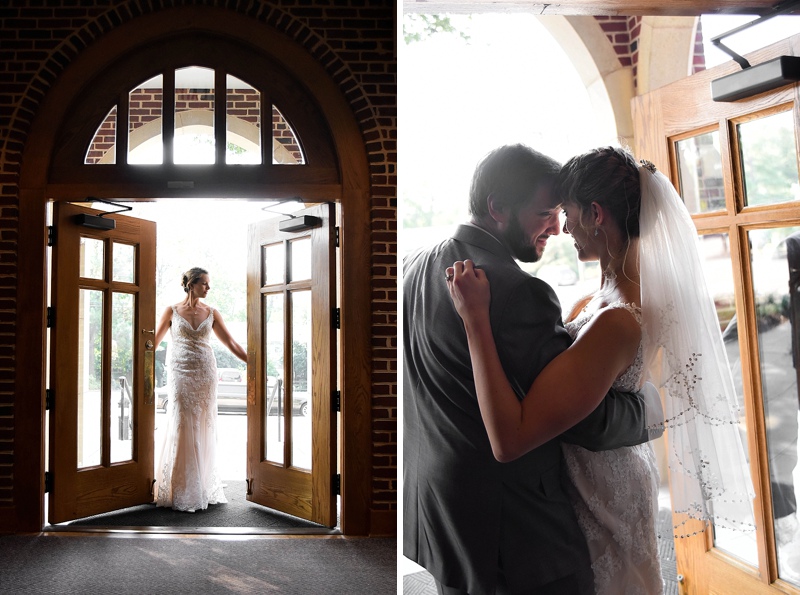 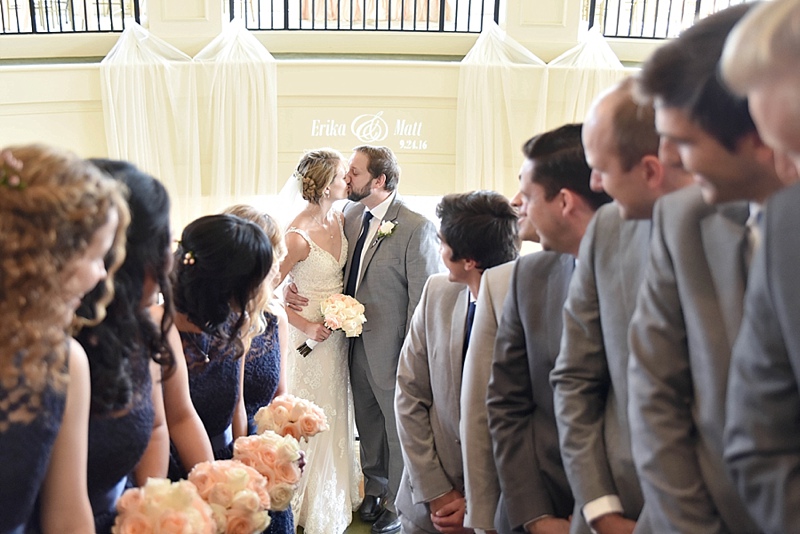 The Dominion Club is beautiful outside and inside, and it has classic Southern charm, which I thought represented both of us very well. Plus, the fact that it is an all-inclusive venue ensured we had fewer decisions to make!” 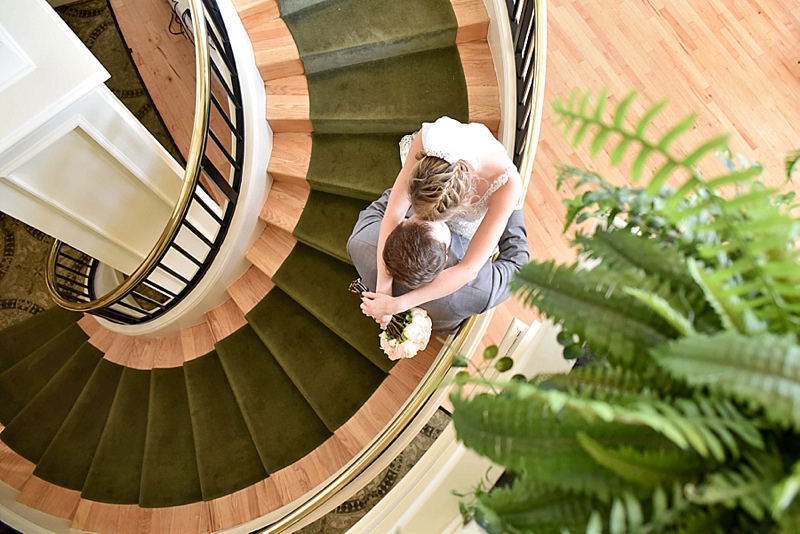 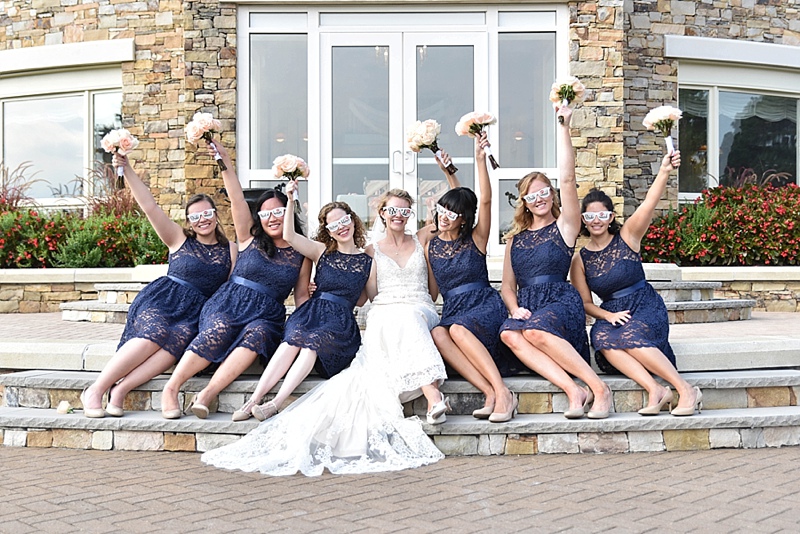 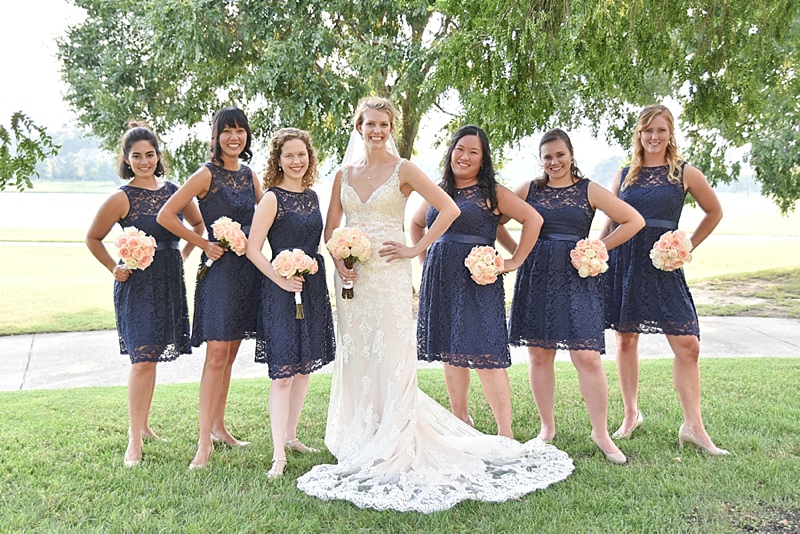 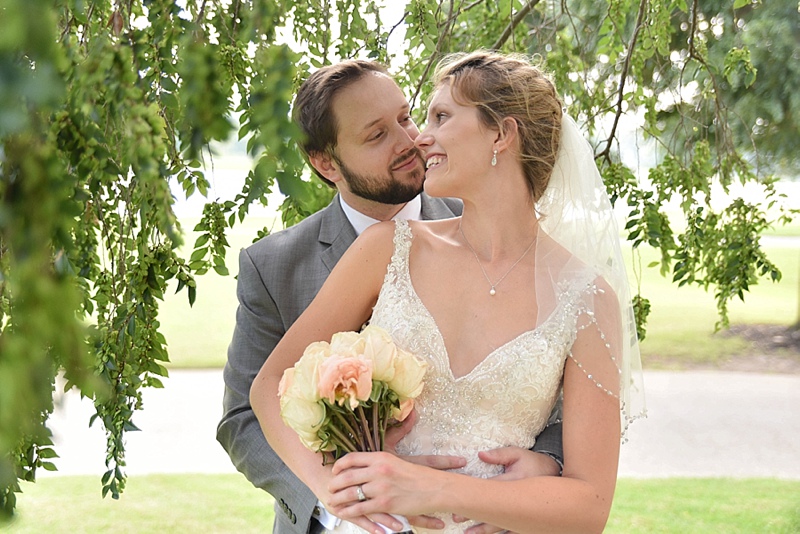 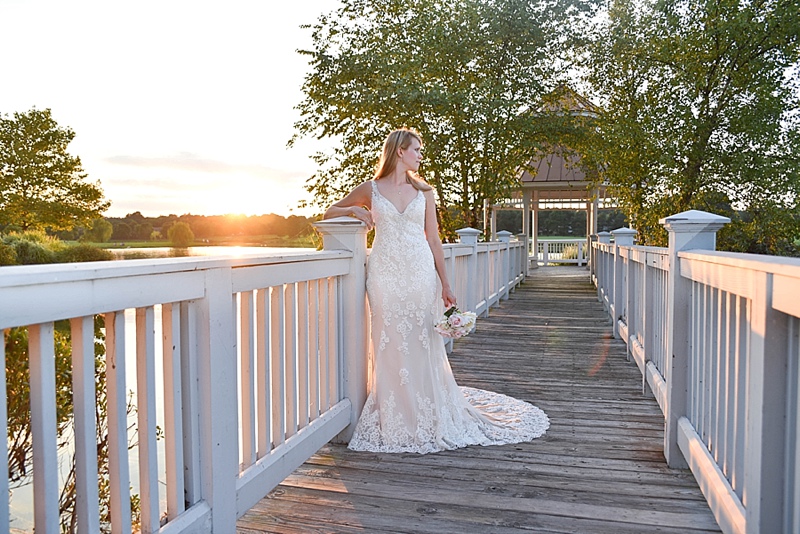 The bride tells us, “I wanted classic, simple, and elegant. Our colors were peach and navy as a nod to UVA’s orange and blue, and also because it gave a lot of flexibility when planning the outfits for the bridal party. I felt the navy bridesmaid dresses are versatile enough to be worn again and gray suits for men because it was formal yet easy to be worn as part of their regular wardrobe.

Food is very important to me, so I wanted everyone to love the food and the cake/cupcakes! 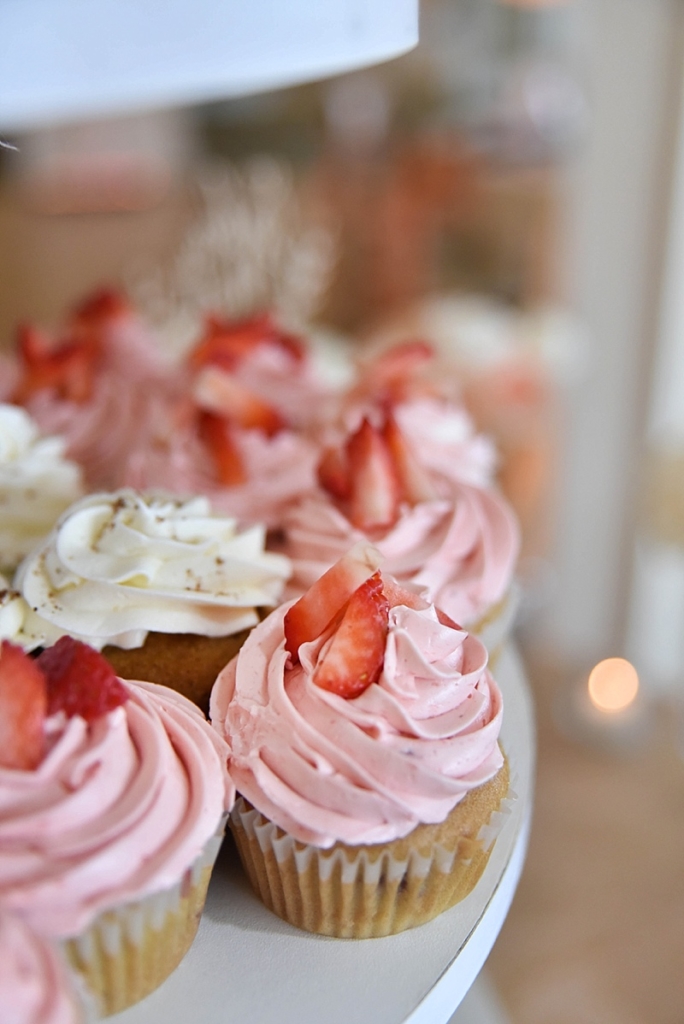 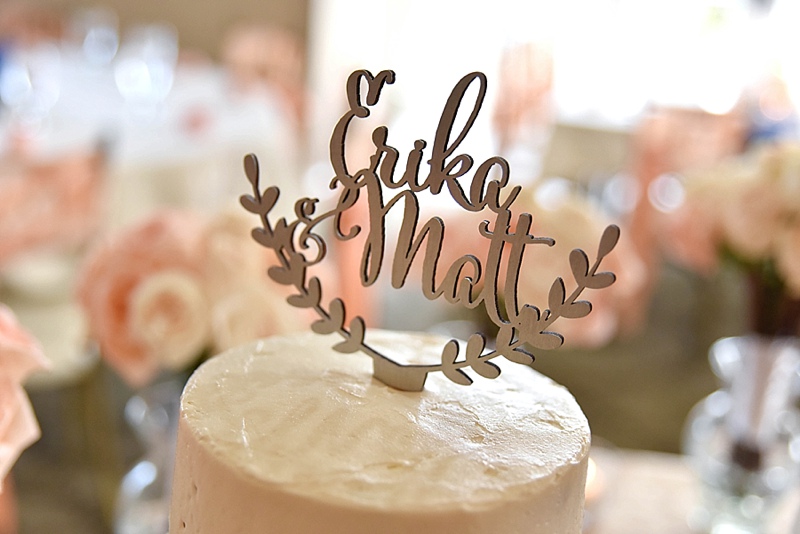 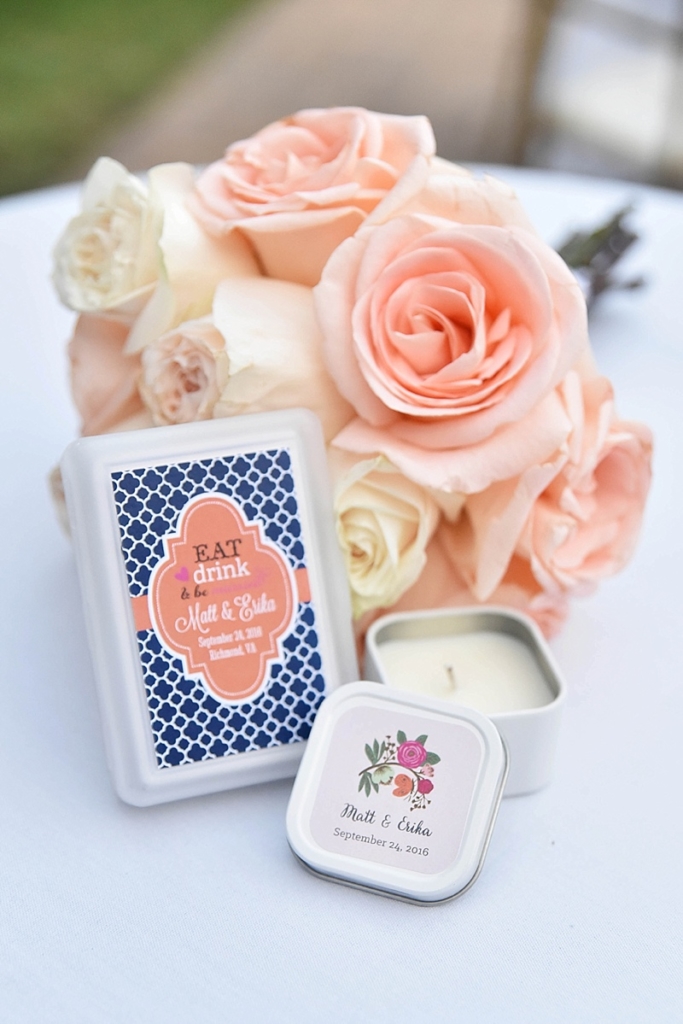 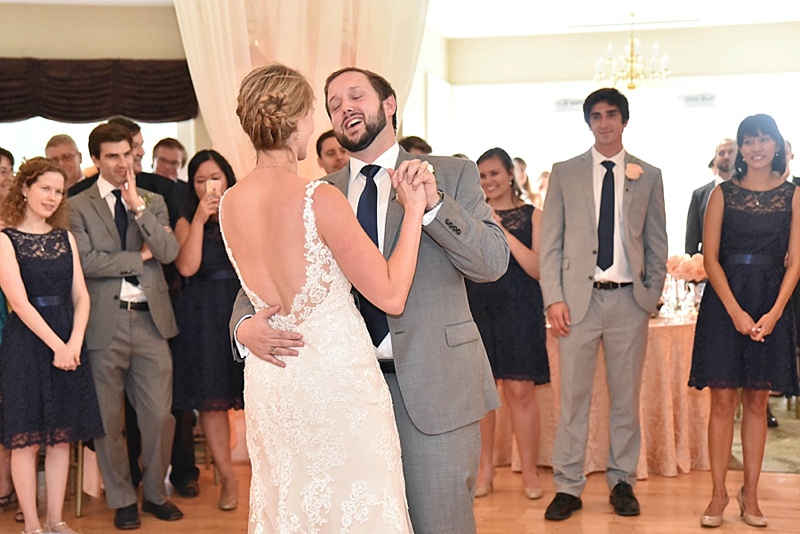 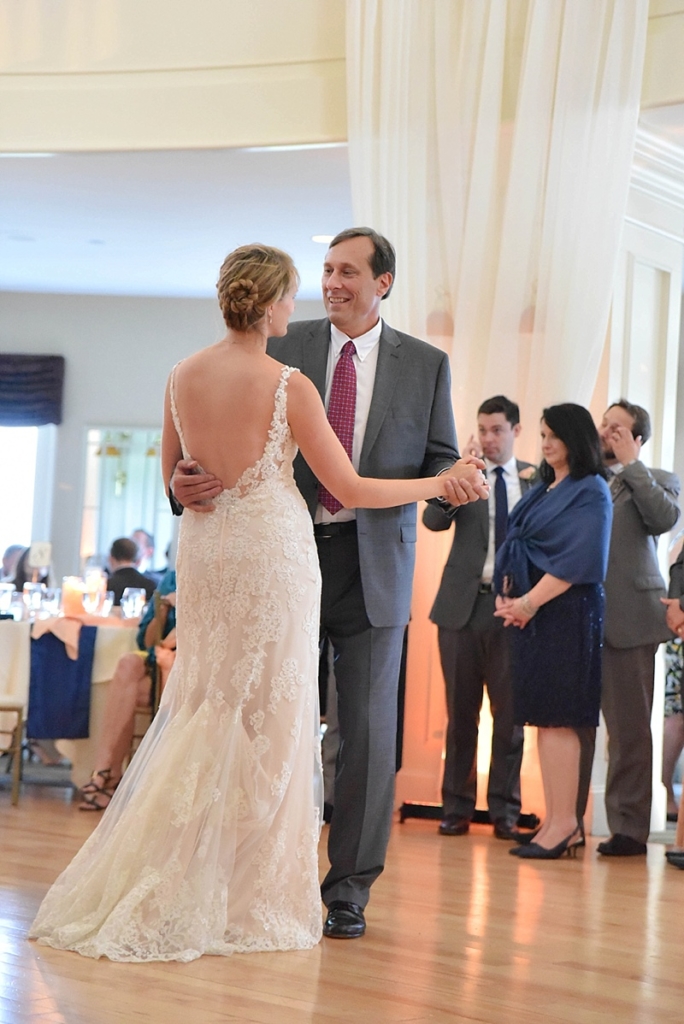 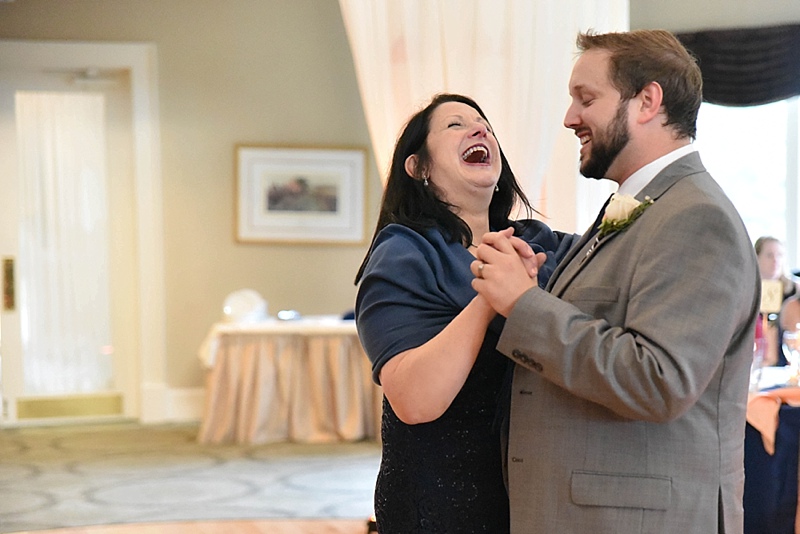 I enjoyed the ceremony, but it was really all a blur after I walked down the aisle! I loved taking pictures with Karen Gage Photography, and I loved hearing all the toasts.

Matt had two favorite parts.  The first was when he first saw me in the church and it really hit him that we were actually getting married.  Second: his group of college friends has a tradition of writing new lyrics to a Disney song and performing it as a group serenade to the couple. We got “Can You Feel the Love Tonight.” 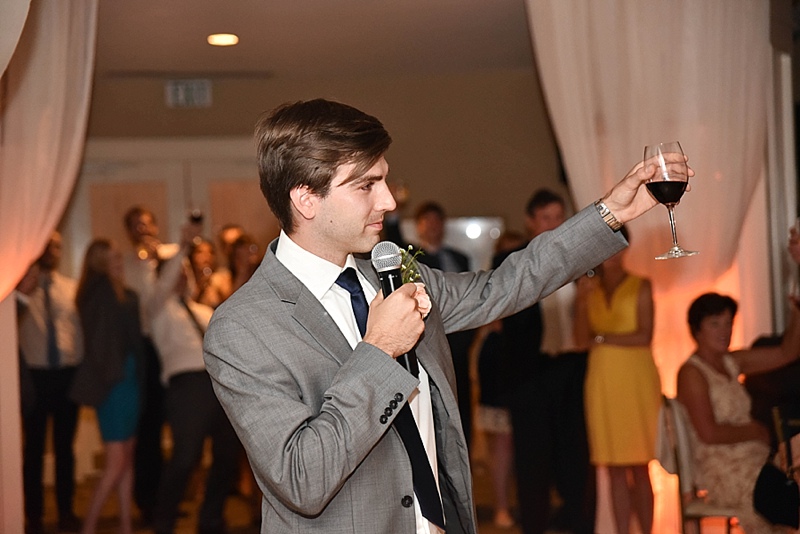 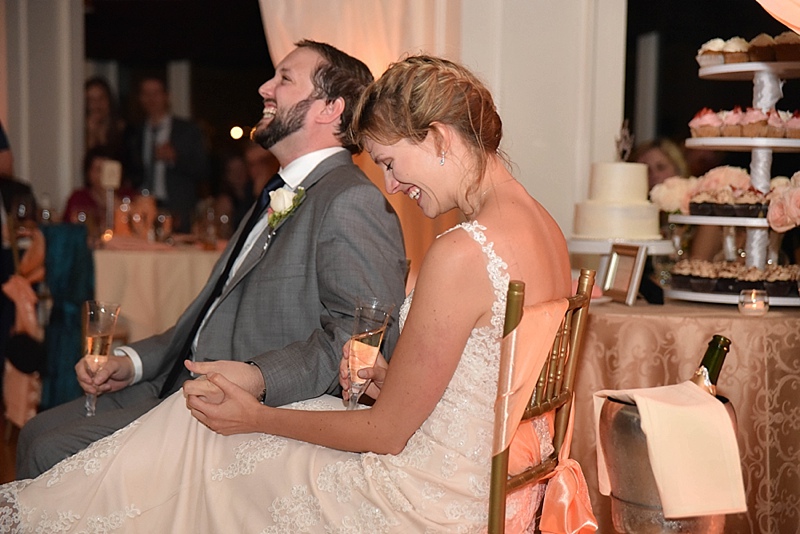 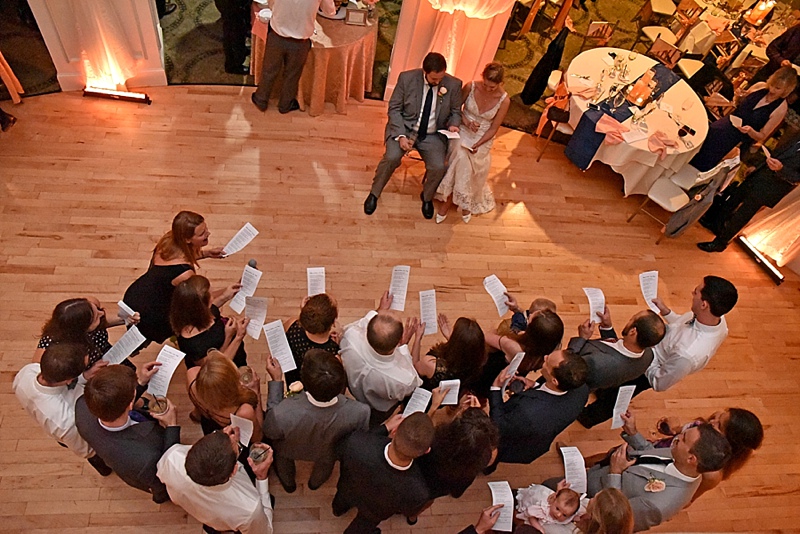 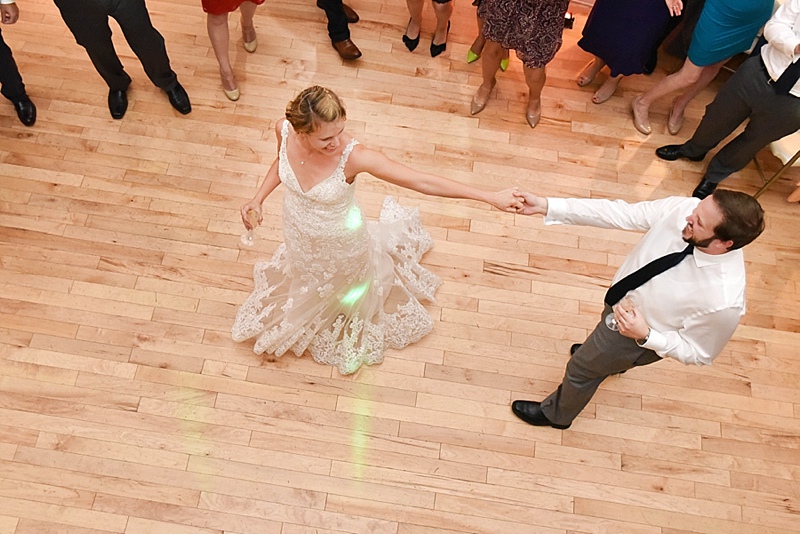 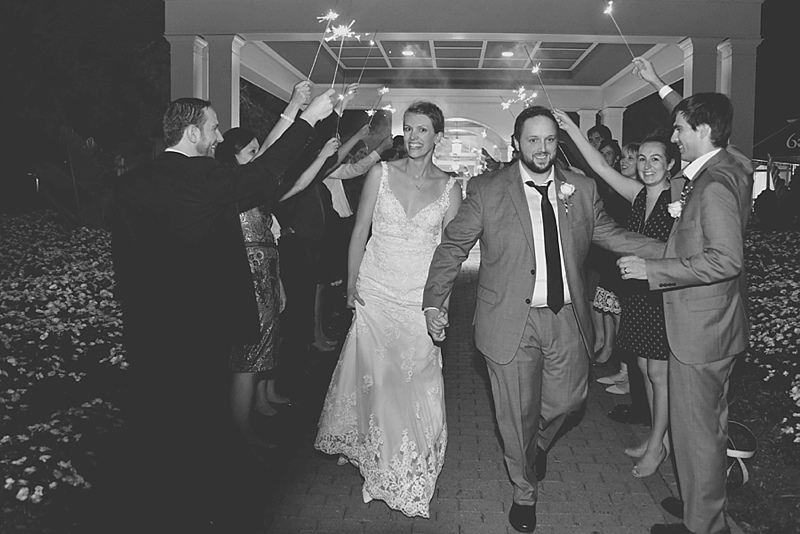 Erika says, “I pride myself on my hostess ability, so I wanted to make sure all my guests enjoyed themselves and made great memories. I loved how everything turned out; I wouldn’t change a thing!”