Gina and Jonathan met while working at the same grocery store.   Gina admits that Jonathan would sometimes catch her stealing glances at him while he stocked the shelves.   A year later, they got to know one another through a mutual friend, and this friend eventually told Gina that Jon was interested.   They still argue over who initiated the first kiss! 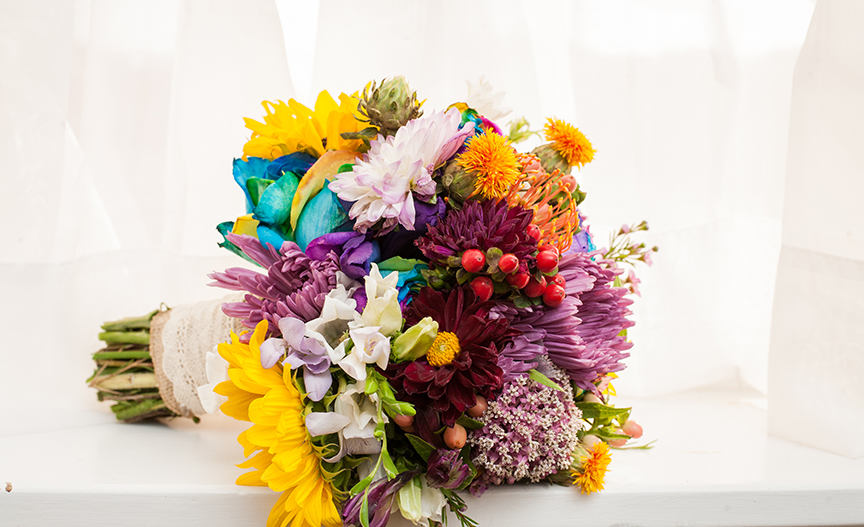 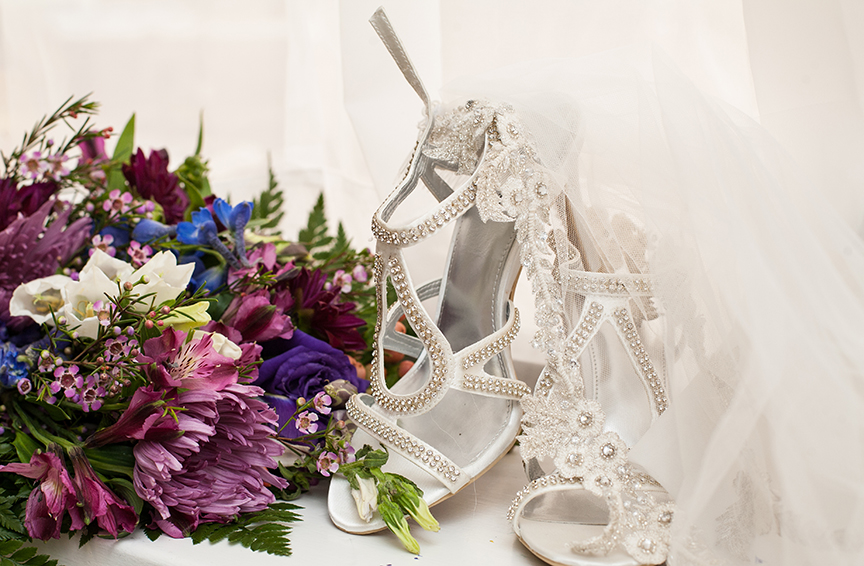 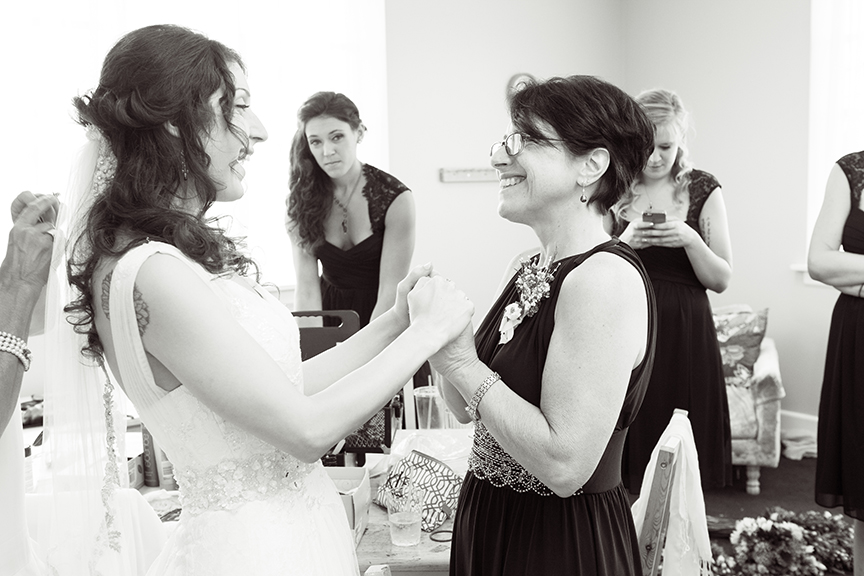 Gina knew Jonathan was the one for her from the beginning, but Jonathan had a theory that couples should be together for ten years before getting married.   “If you’re going to spend the rest of your life together,” he would say, “what’s ten years?”   His argument was convincing, so Gina accepted that she would have some time to wait!   Four years into their relationship, however, the couple was sitting on their couch before Gina was supposed to report to work.   Jonathan asked her, “Would you wait ten years to get married?   What about five years?”   Then he said, “What about right now,” and pulled out a ring box.   Gina says, “He loves to play tricks on me, so I thought he was fooling me!   I snatched the box out of his hand only to find there really was ring in it!” 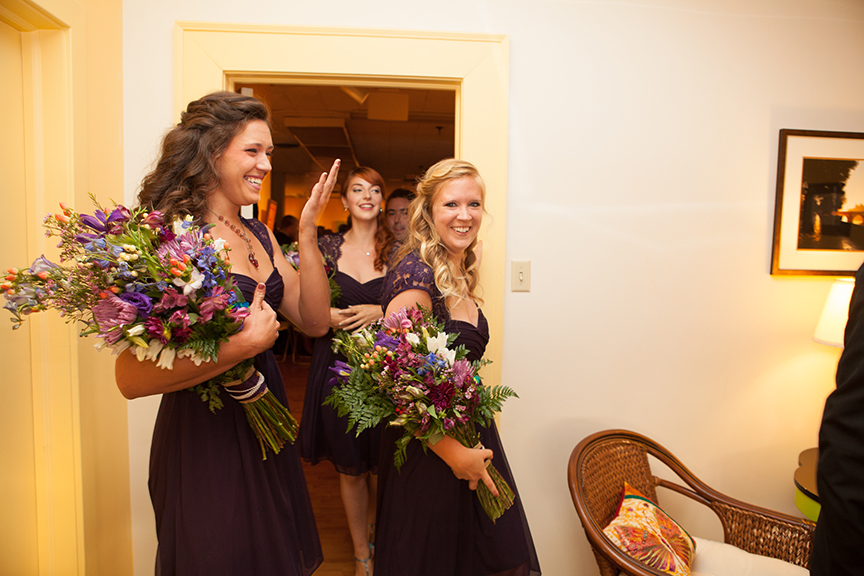 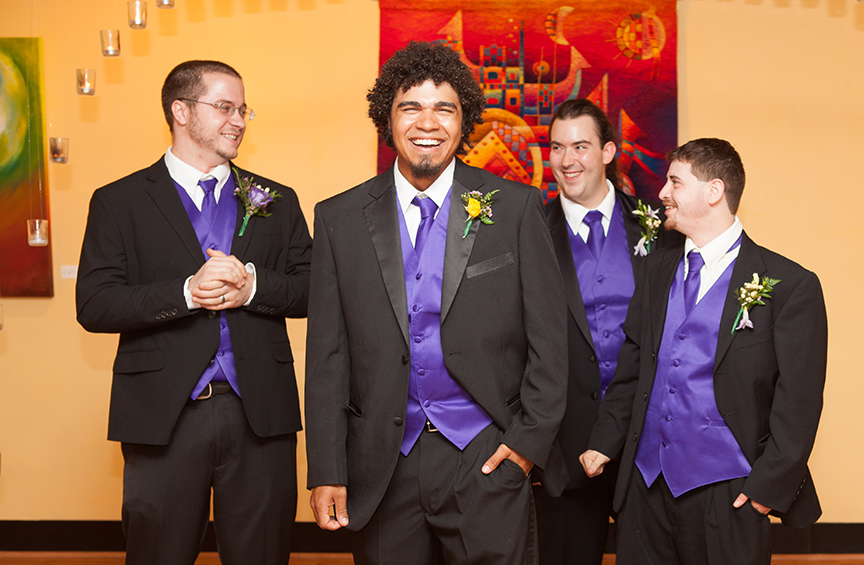 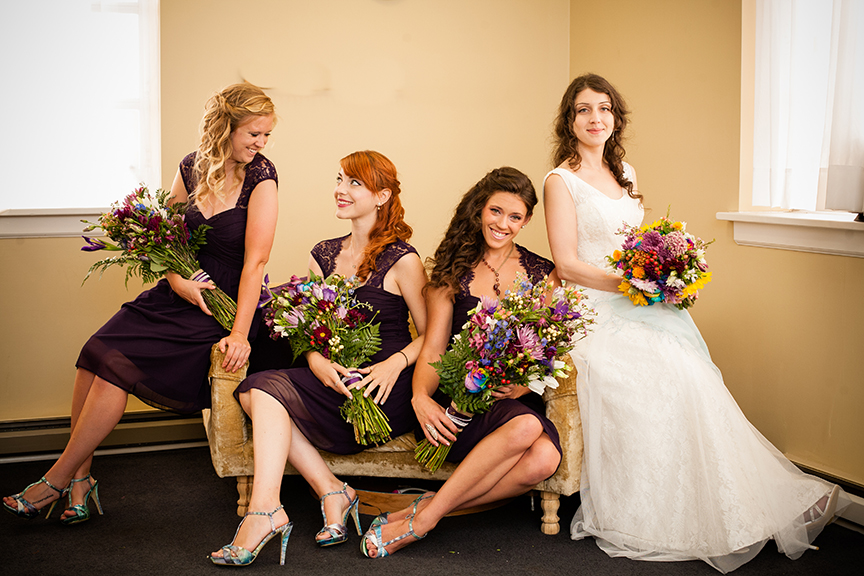 For this couple, choosing their venue was easy.   Gina’s mother Paula and her business partner, Glenda, opened Art Works nearly ten years ago as a place for artists to create and show their work.   Gina says, “As part of their staff, I have spent countless nights there working and attending events and art shows. Art Works has such great emotional and sentimental value for me, and it also fit my need for abundant and versatile ceremony and reception space. The industrial setting helped inspire my design decisions.”   She wanted to add some nature-inspired decor and favors to contrast with the industrial setting.   Their reception took place in the largest gallery full of pieces from Glenda and glass artist Linda Vegas.   As an artist herself, Gina truly valued being surrounded by such beautiful work.   She was also inspired by the real weddings and local vendors and boutiques that she found in Richmond Weddings. 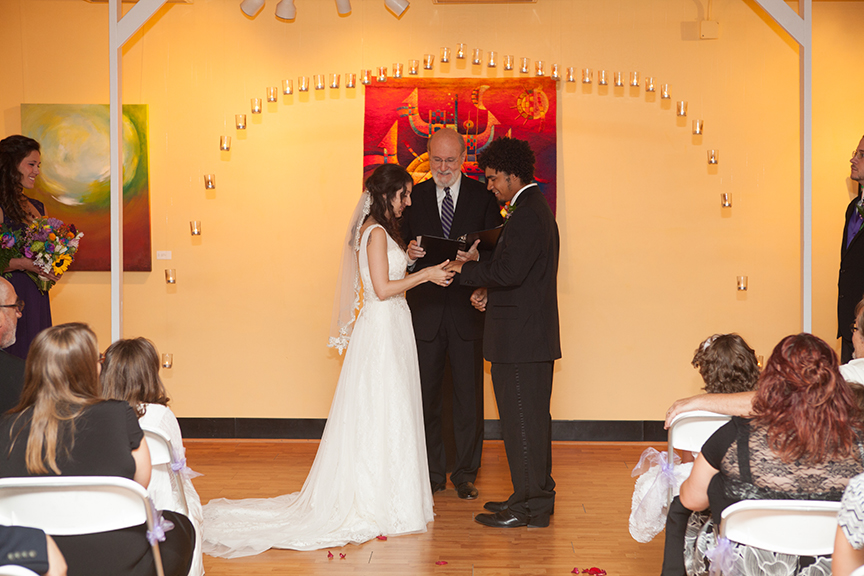 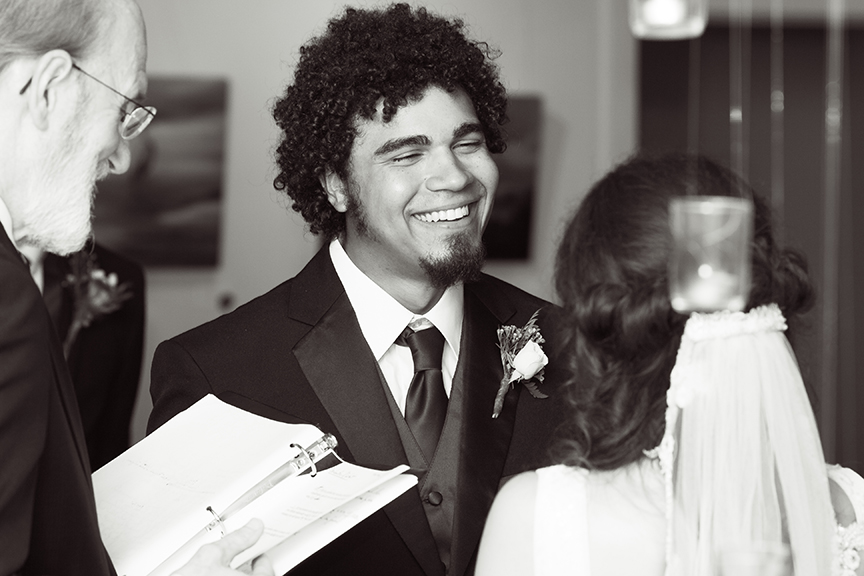 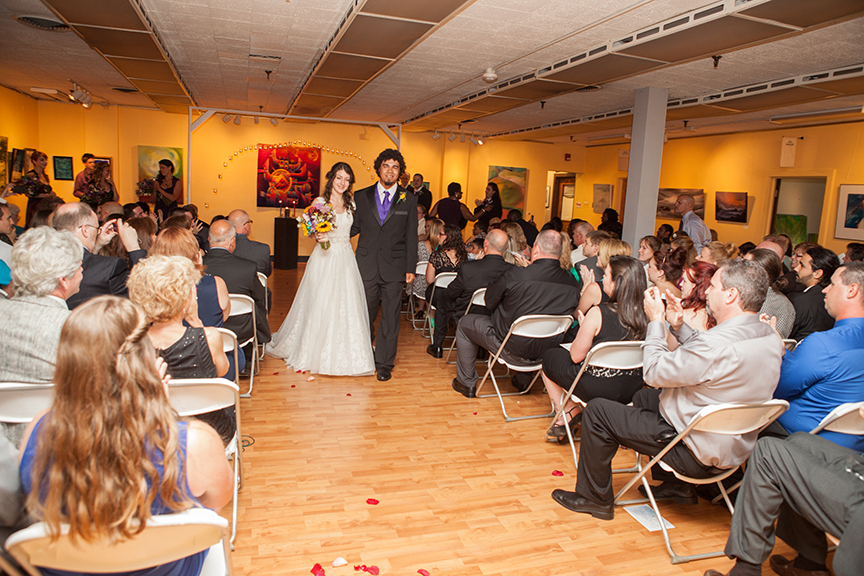 Jonathan and Gina’s father were happy to take part in planning one of the most important aspects of the wedding: the food!   Gina says, “The food had to be spectacular as it’s something that can easily make or break a wedding for the guests. Goodrich Gourmet Catering Company was a clear choice. People raved about the food forever!

The bride also used her art background to hand make all kinds of special details for her big day.   The favors were personalized matchboxes and coasters that the bride’s father cut from a tree from her childhood home.   Jonathan’s brother then cut the logs into coasters; so they were made with love from both sides of the family. Later, Gina wood burned both of their initials on each one. She made escort cards with little clothespins painted like a bride and groom. Gina also made the cake topper with peg dolls to look like herself and her new husband. 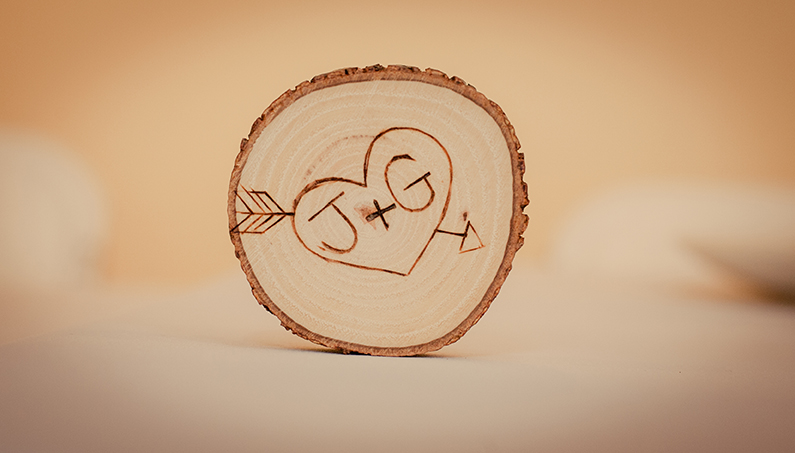 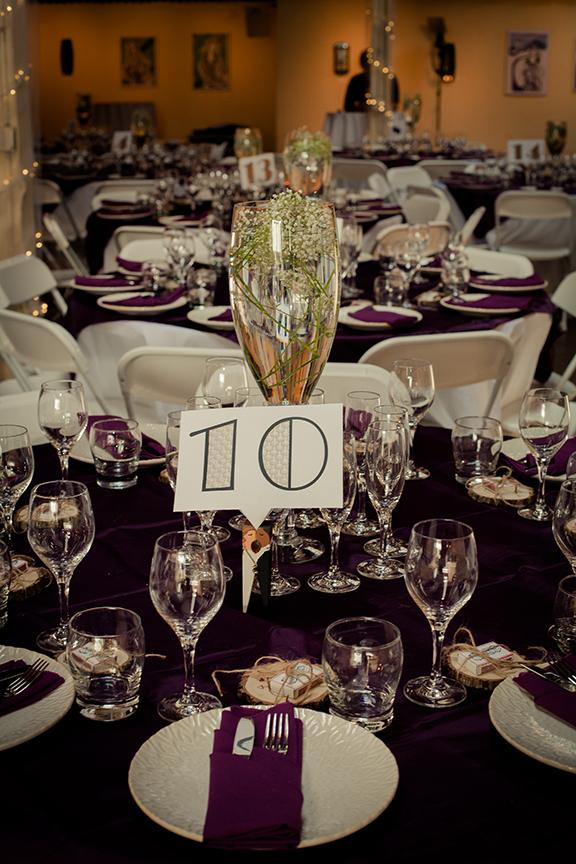 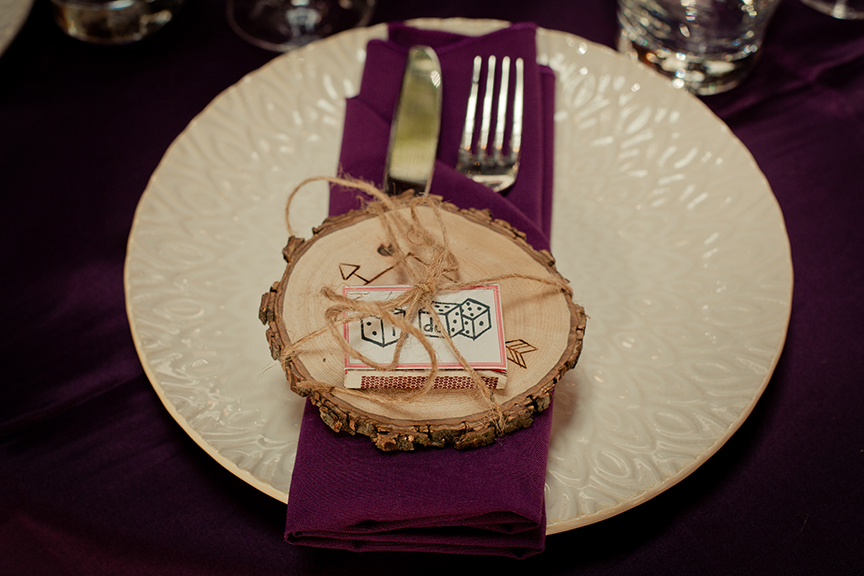 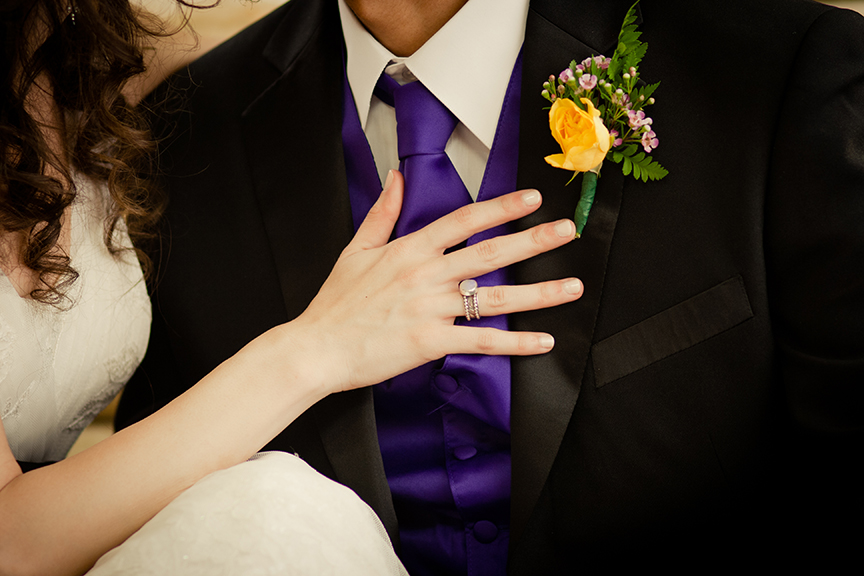 From the Bride: “My favorite part was right after the ceremony. I really didn’t want to cry too hard to say my vows, and choking back tears was almost impossible when I walked down the aisle and saw how handsome my groom was.”

From the Groom:   Seeing Gina come down the aisle was, of course, Jonathan’s favorite part of the day. 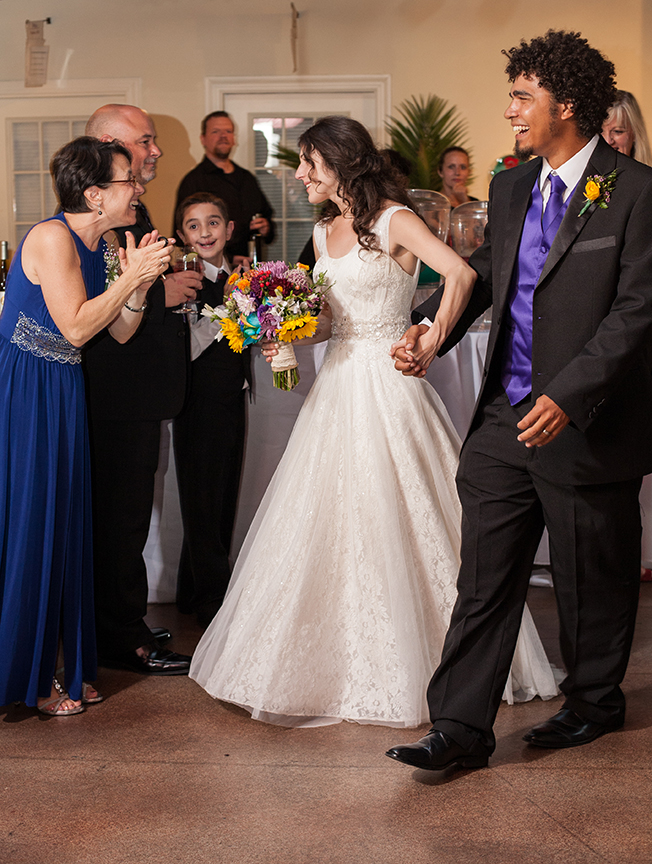 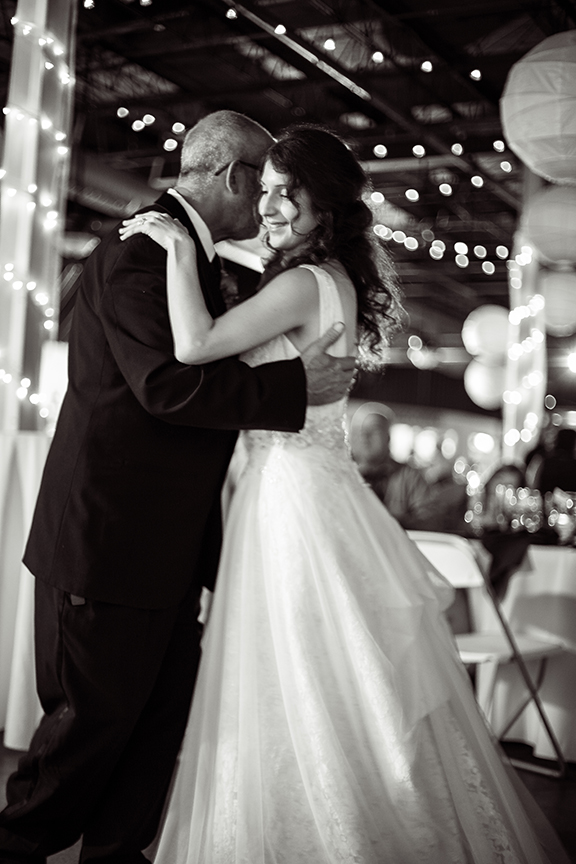 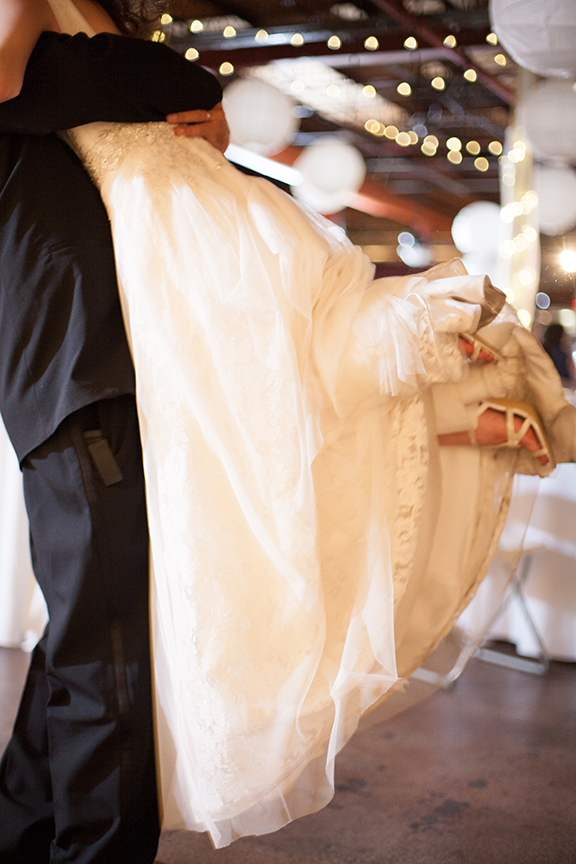 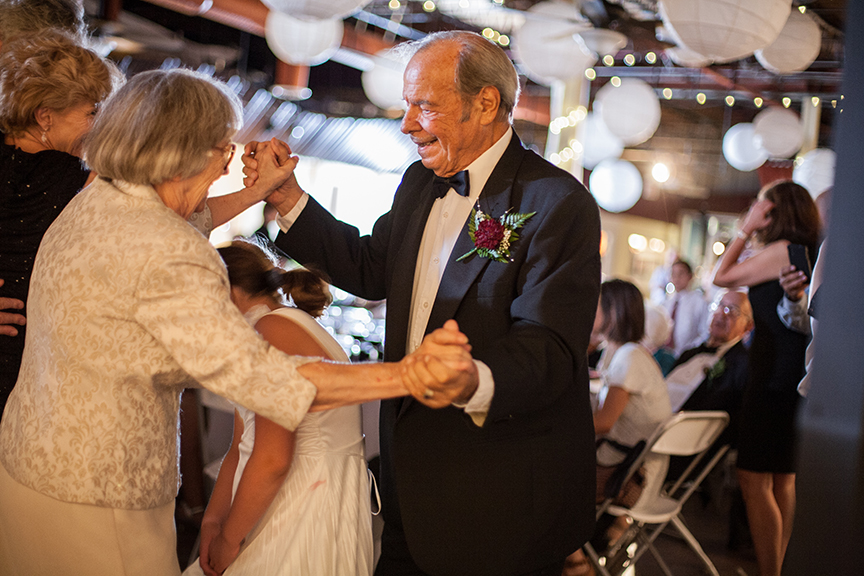 Advice from the Newlyweds

Gina says, “We went to two bridal shows. The Richmond Wedding Expo was really helpful because it lead us to Jackie McCool, the best photographer ever!” Gina recommends paring down your posse when it comes to attending bridal shows! “The second one we went to with friends so we had too much fun and didn’t get anything done!” 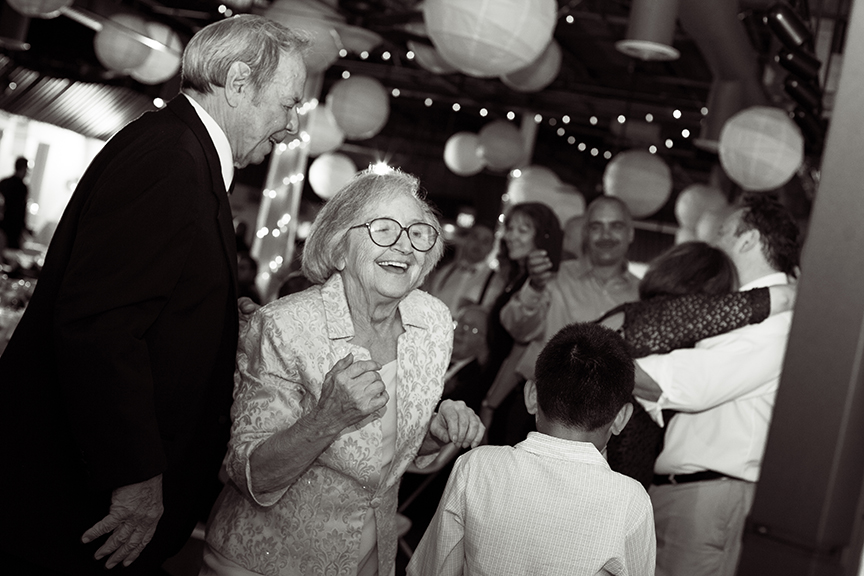 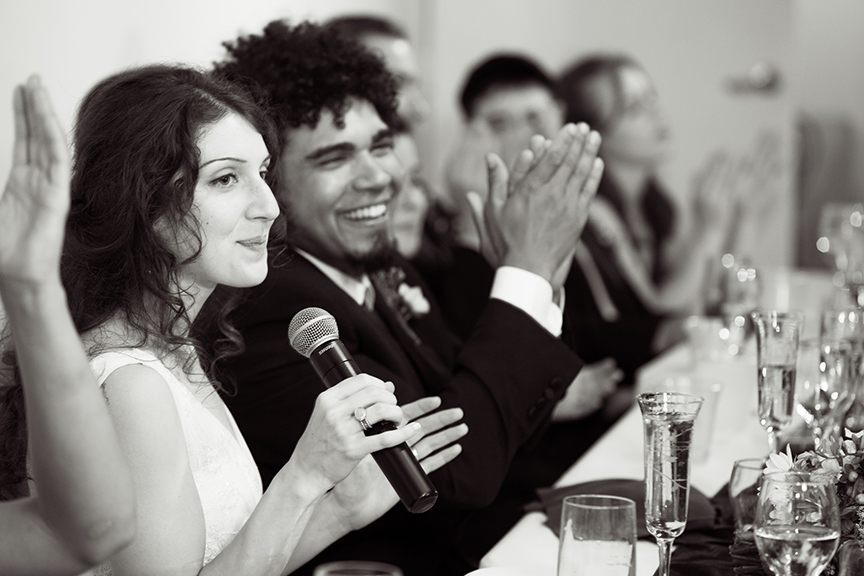 The most special surprise was actually an uninvited attendee. Gina says, “Our nephew, baby Ethyn, was due shortly after the wedding, but as the due date moved up we realized Jon’s sister, Renita, may be busy giving birth on our wedding day. The baby came only days before the wedding, so we thought it would be impossible for them to make it. We were so surprised, honored and impressed when we saw that they came! Having the whole family there, including the newest addition, was so incredible.” 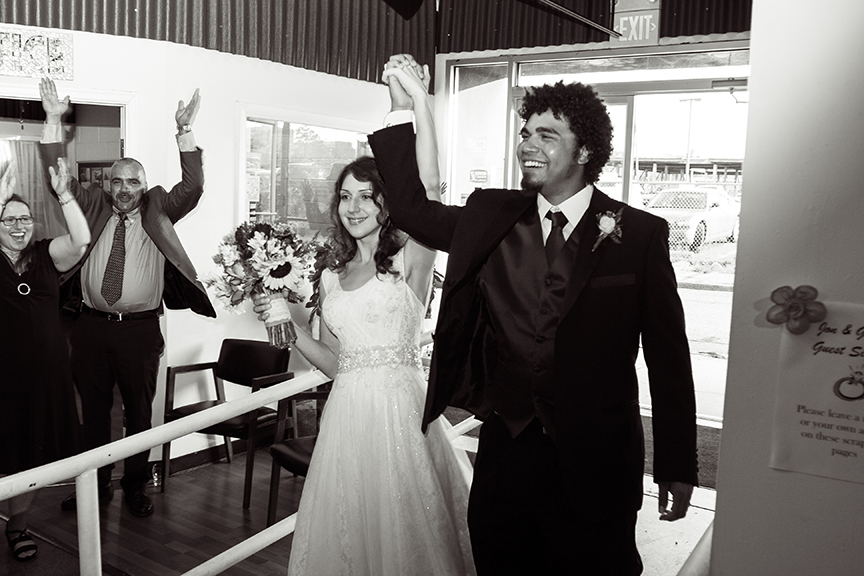 30th April 2015, 1:32 am
Gina and Jon's wedding was beautiful and tons of FUN! I loved all of the little artistic touches, too.
Reply