Sheeri and Venkat met in Philadelphia on October 8, 2011 at a French restaurant. Mutual friends had invited them for drinks, and their friendship blossomed from there. 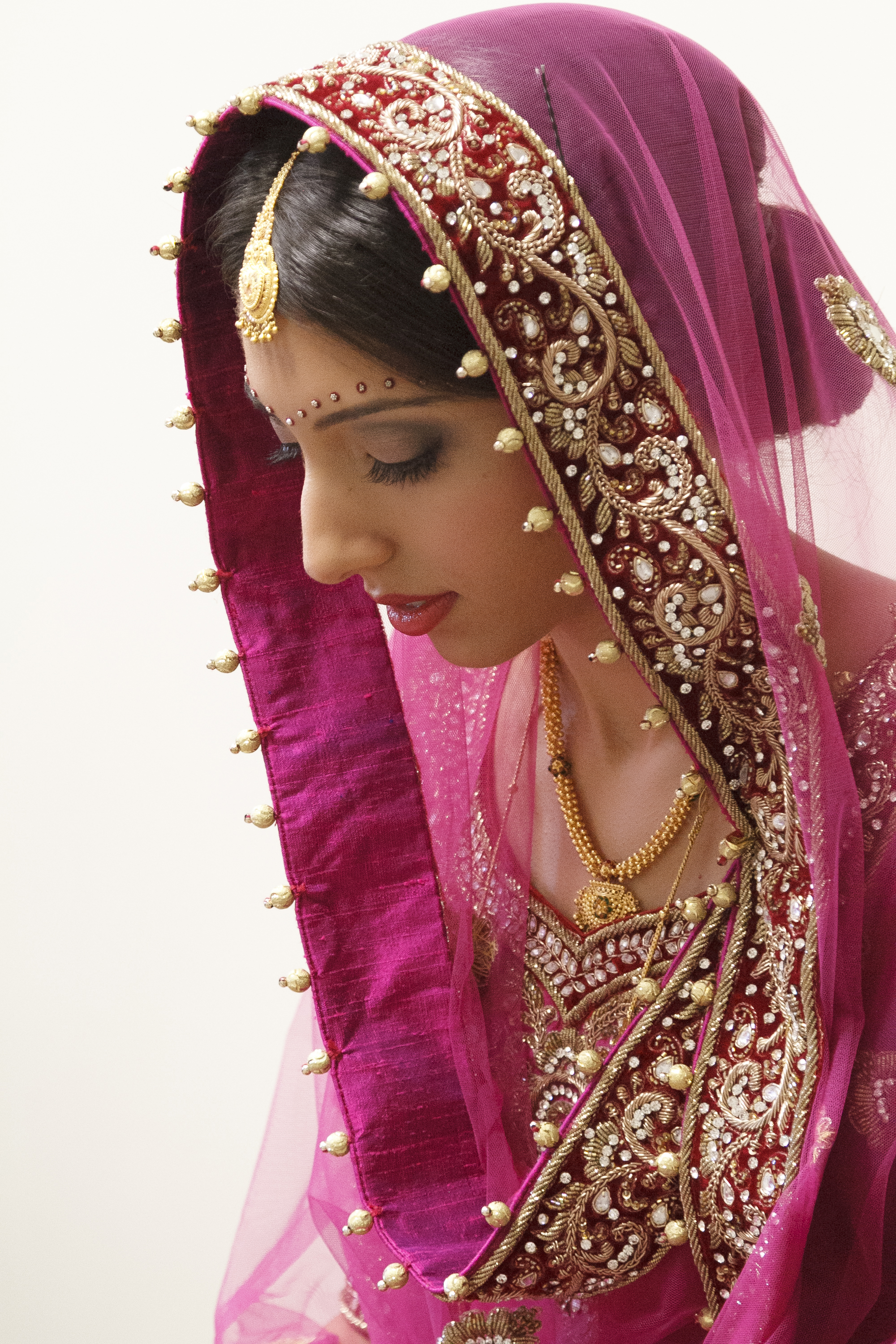 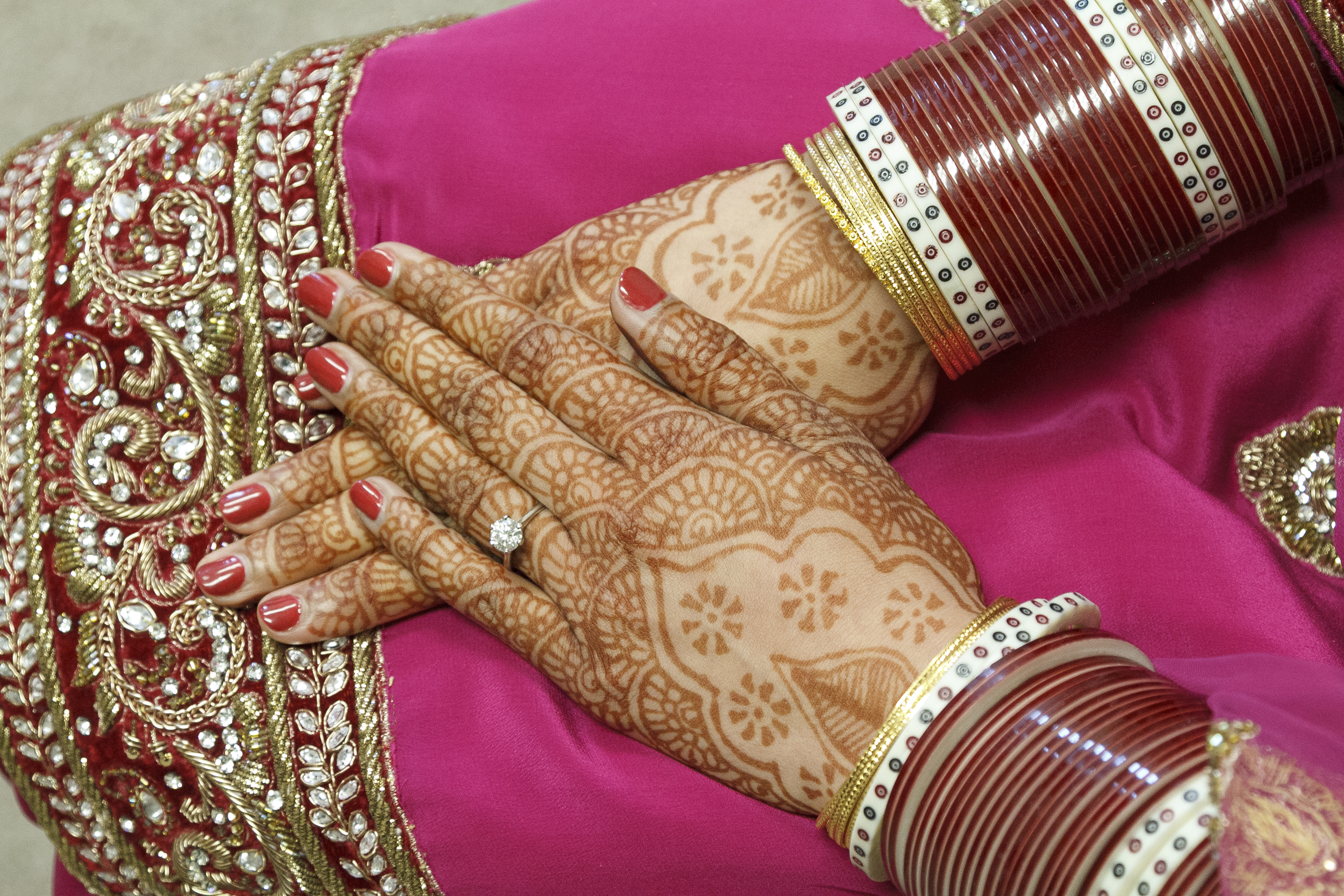 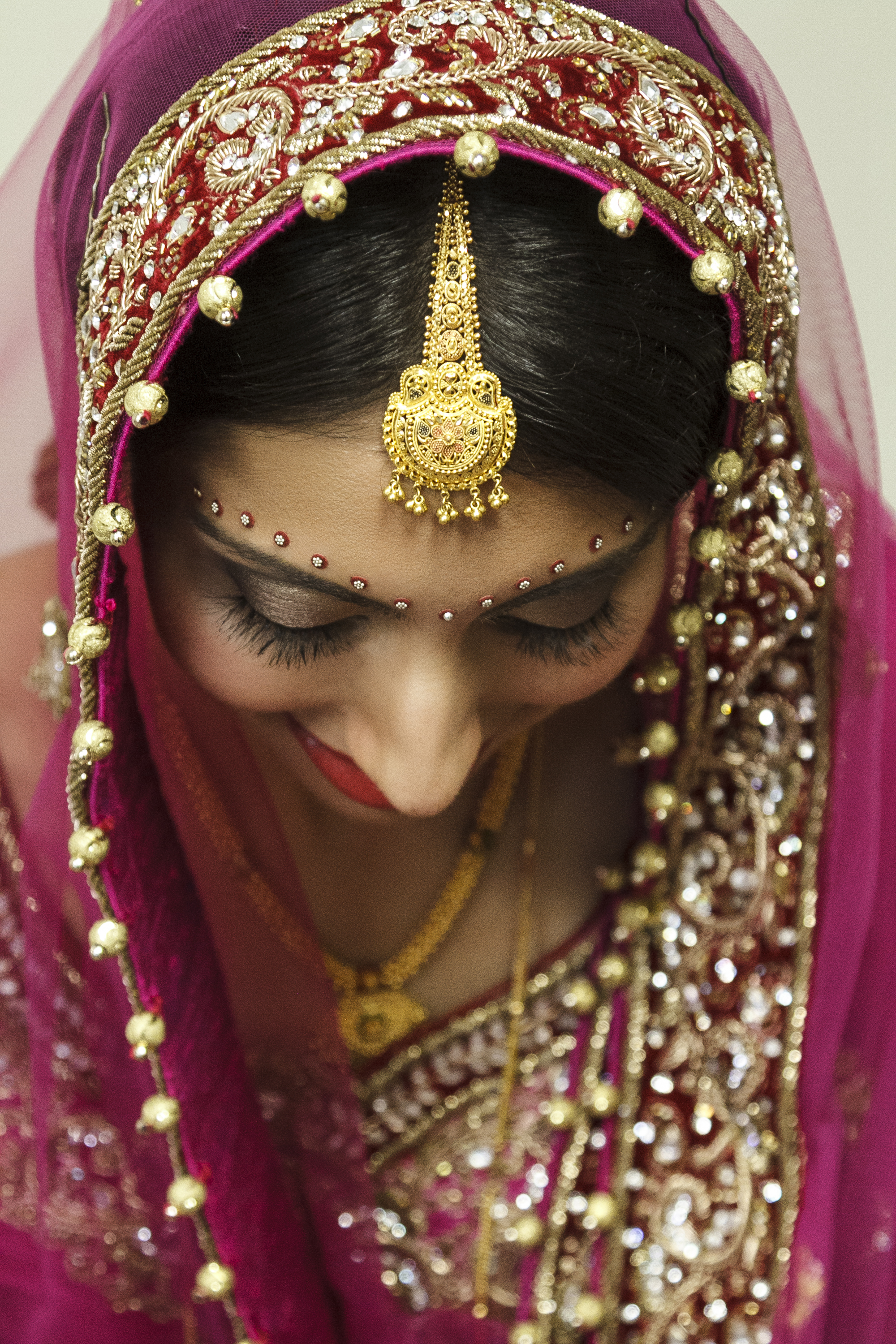 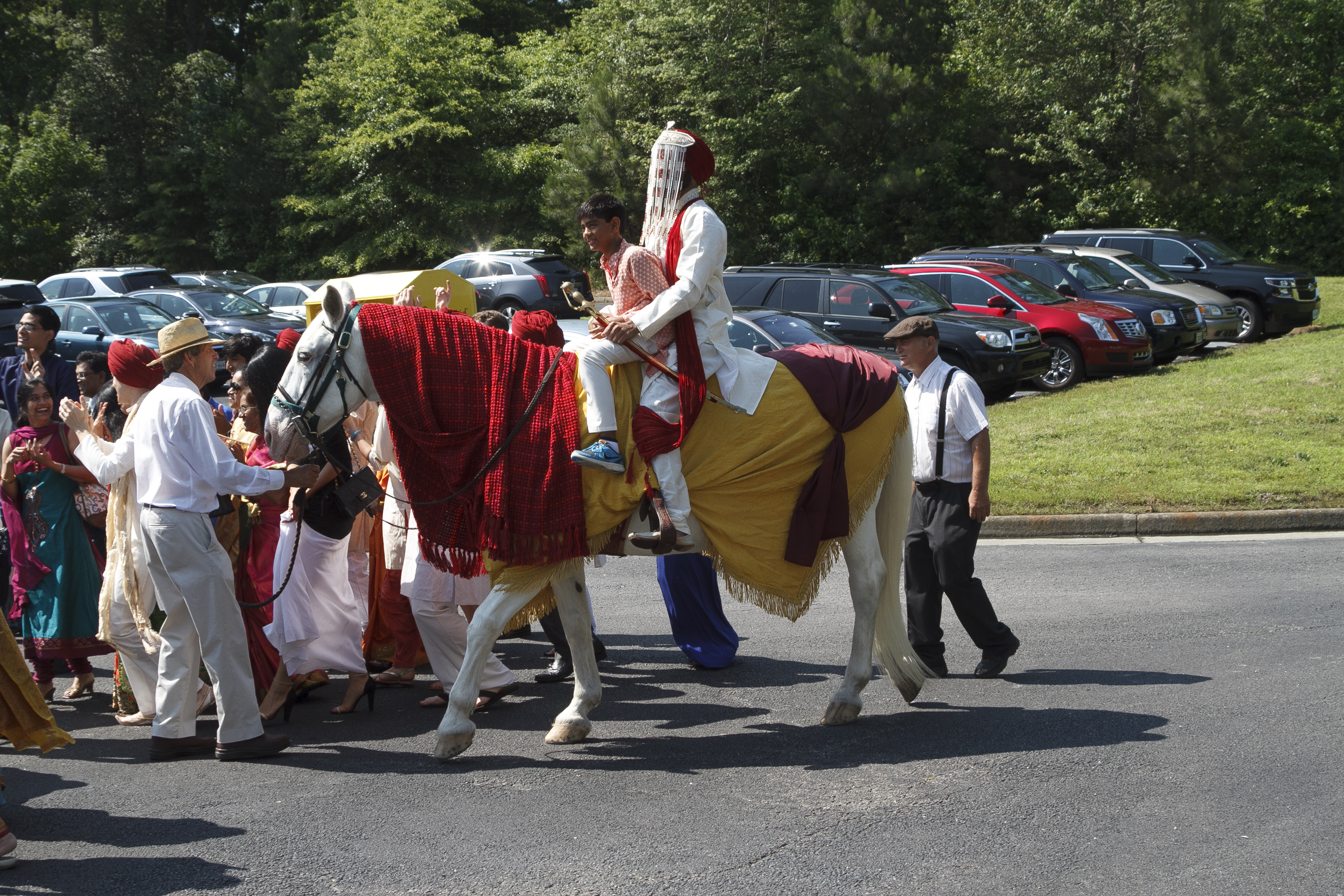 Sheeri was moving from New York and Venkat was helping her. After packing up they were driving to Virginia with a stop in Philadelphia. In Philly, Venkat told Sheeri that he’d planned a nice dinner at an upscale restaurant, so they had to dress accordingly. And since they were dressed nicely, why not kill some time in the afternoon by going to one of their favorite spots – the Art Museum.

Venkat thought he’d planned it perfectly – there was a good excuse to dress well, beautiful weather, a blingy ring, and a secret photographer to capture the moment. But of course the best laid plans oft go awry. As Sheeri and Venkat were driving up to the museum, he noticed a bunch of construction cranes placed perfectly to spoil the view from the proposal spot!

Luckily, with some quick thinking and a few frantic, secret phone calls to the photographer, Venkat found a different spot near the museum. After some together-time wandering the museum halls, Venkat walked Sheeri to this scenic new location, got down on one knee and asked the question. Surprised but clearly delighted, Sheeri said “Yes!” 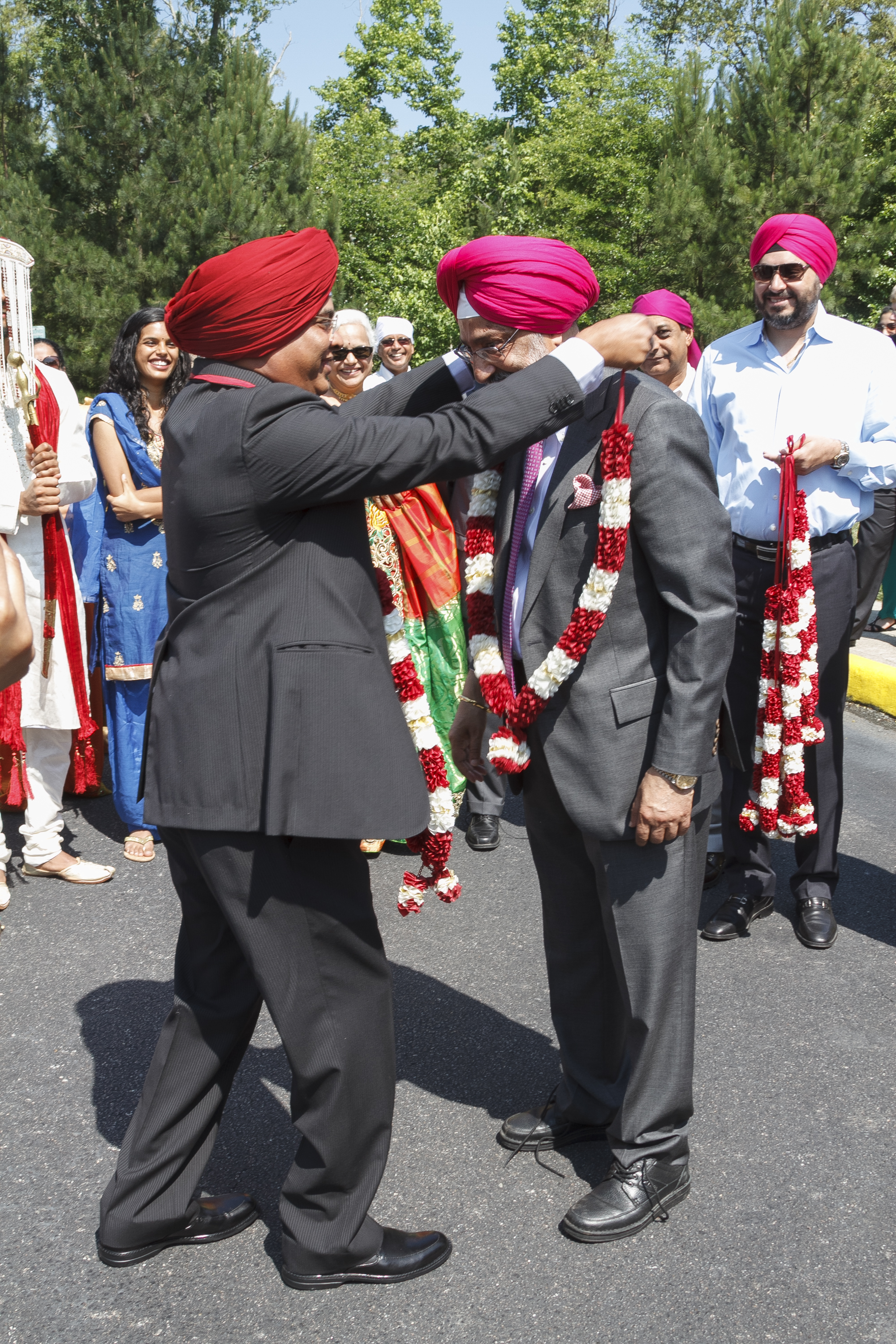 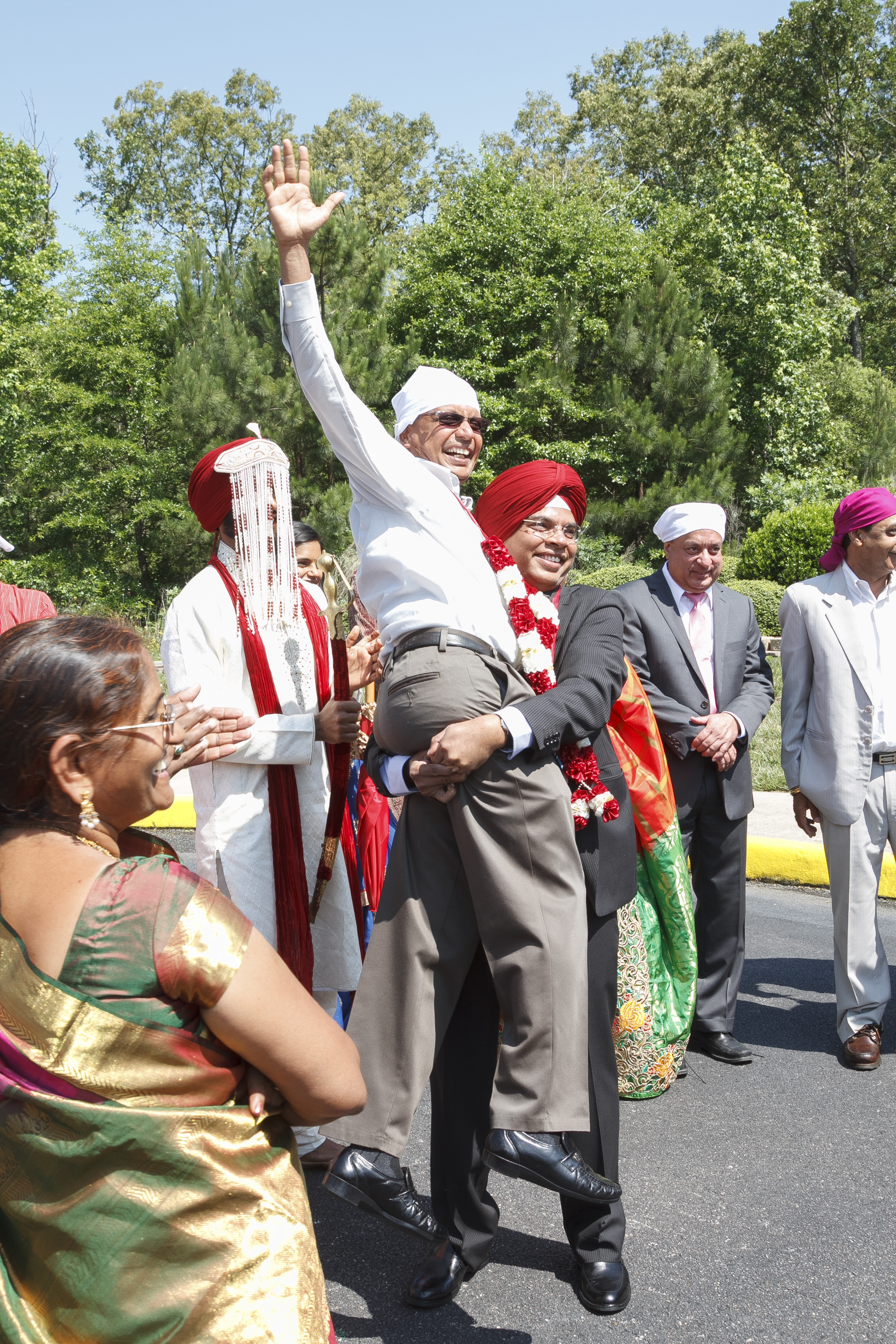 Indian weddings are true celebrations.  There’s music, dancing, the joining of two families, tons of food, and as you saw above, even a white horse! 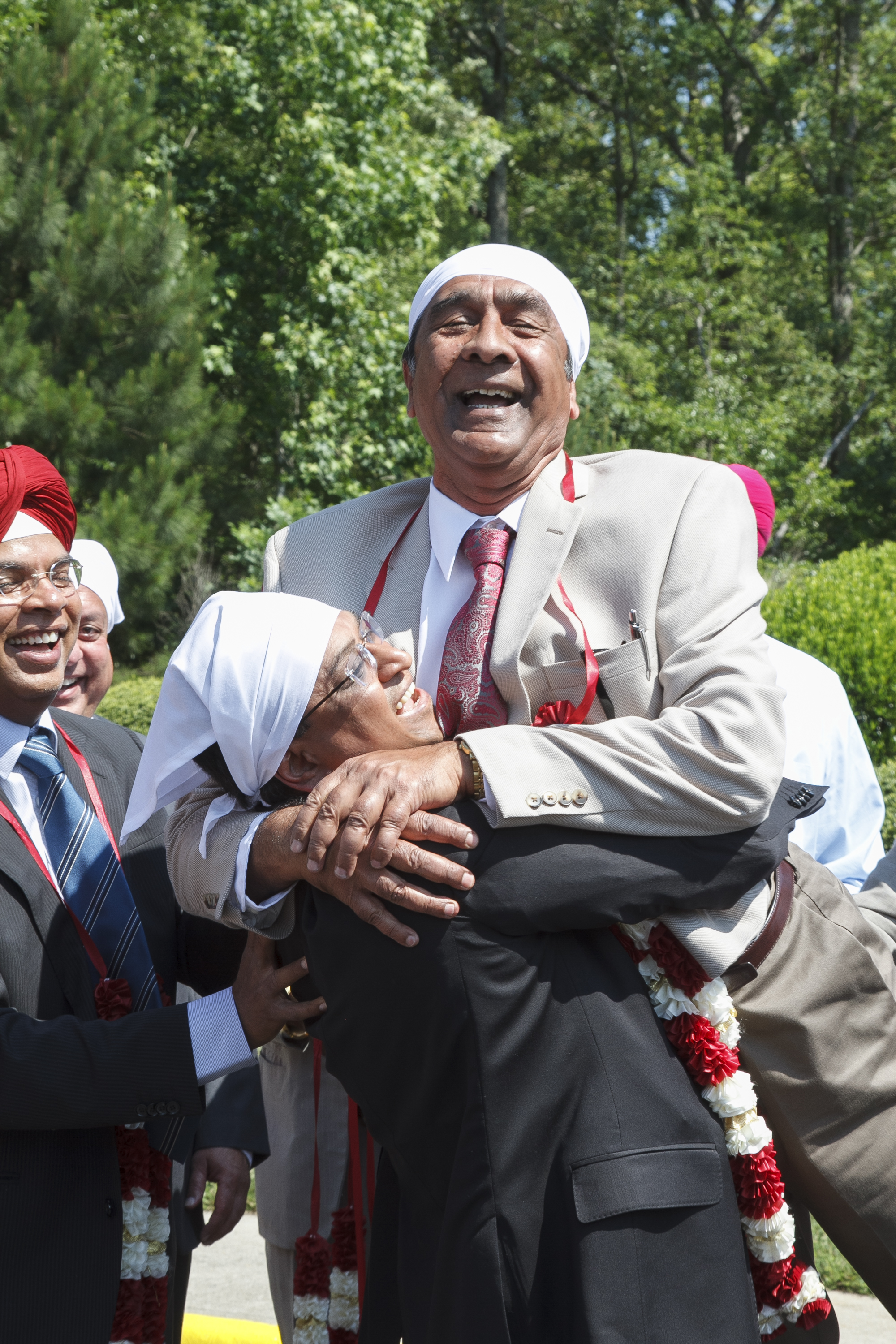 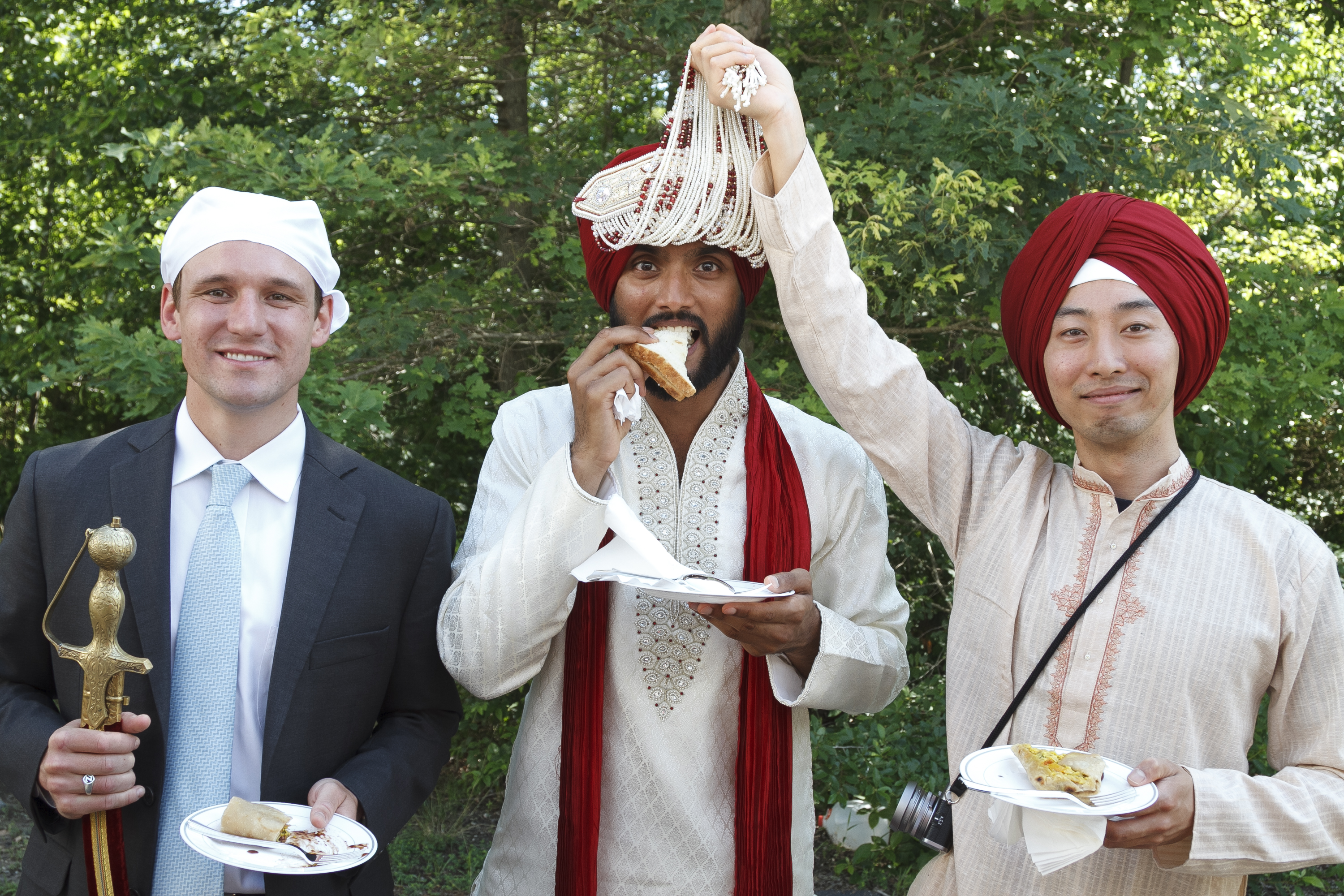 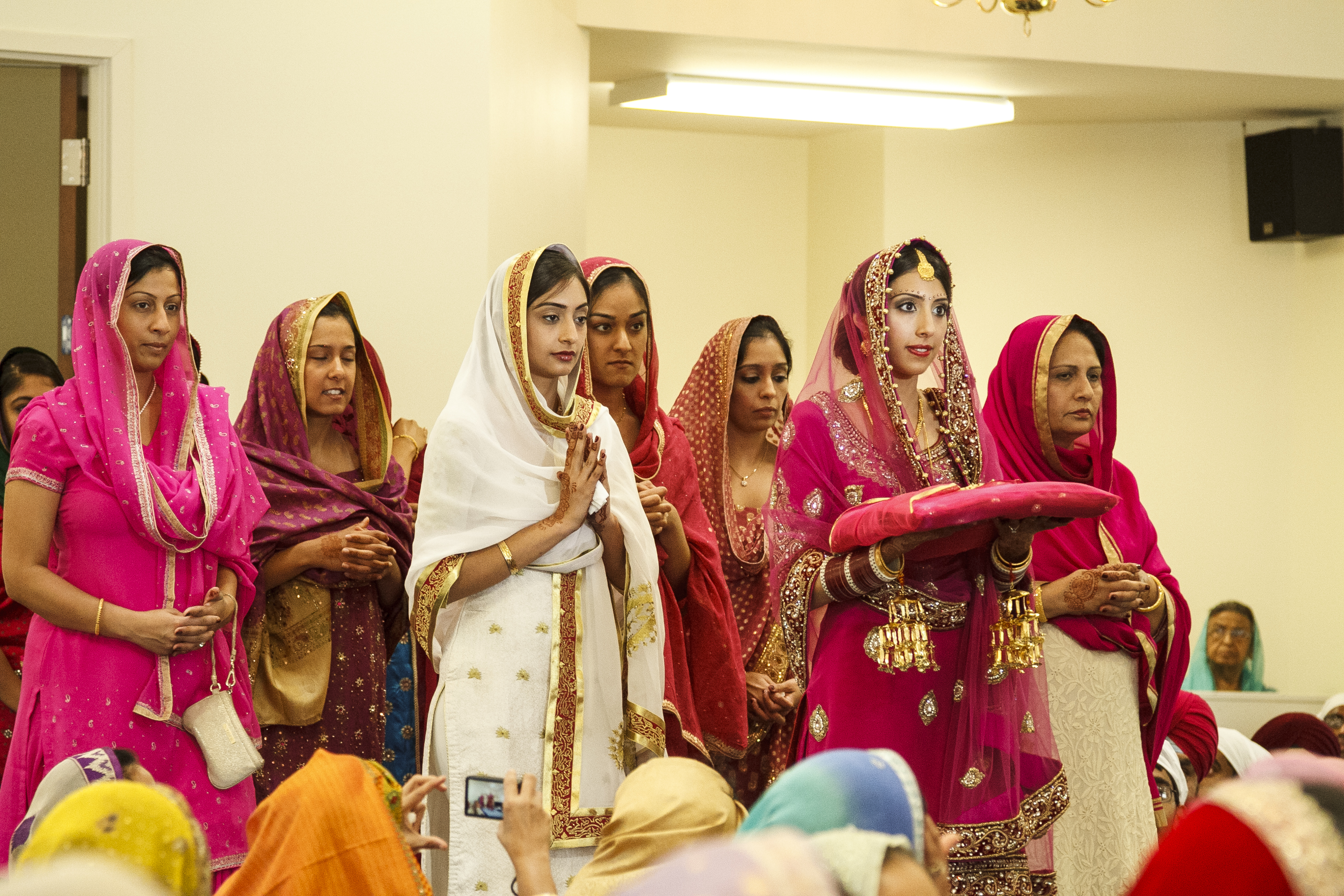 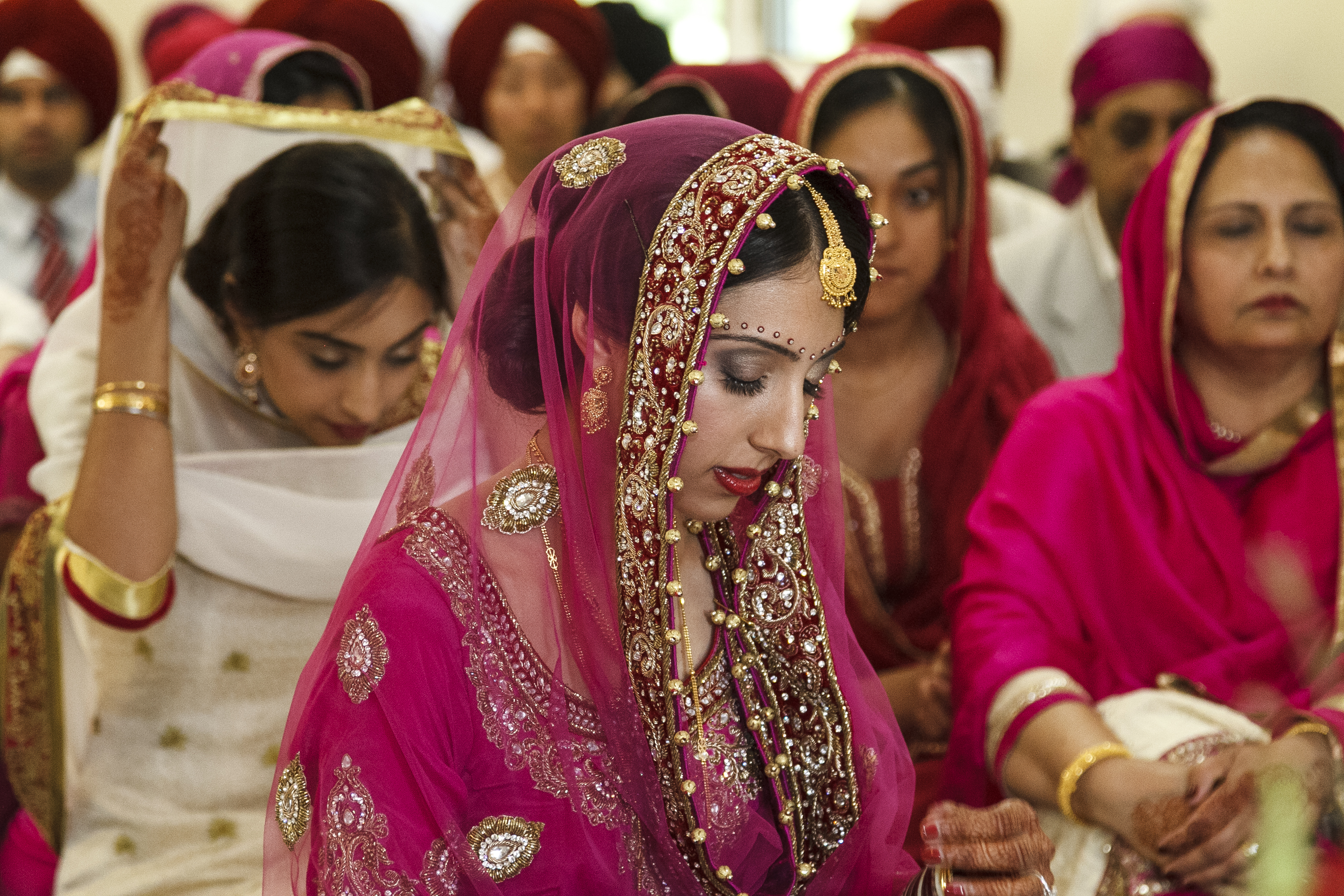 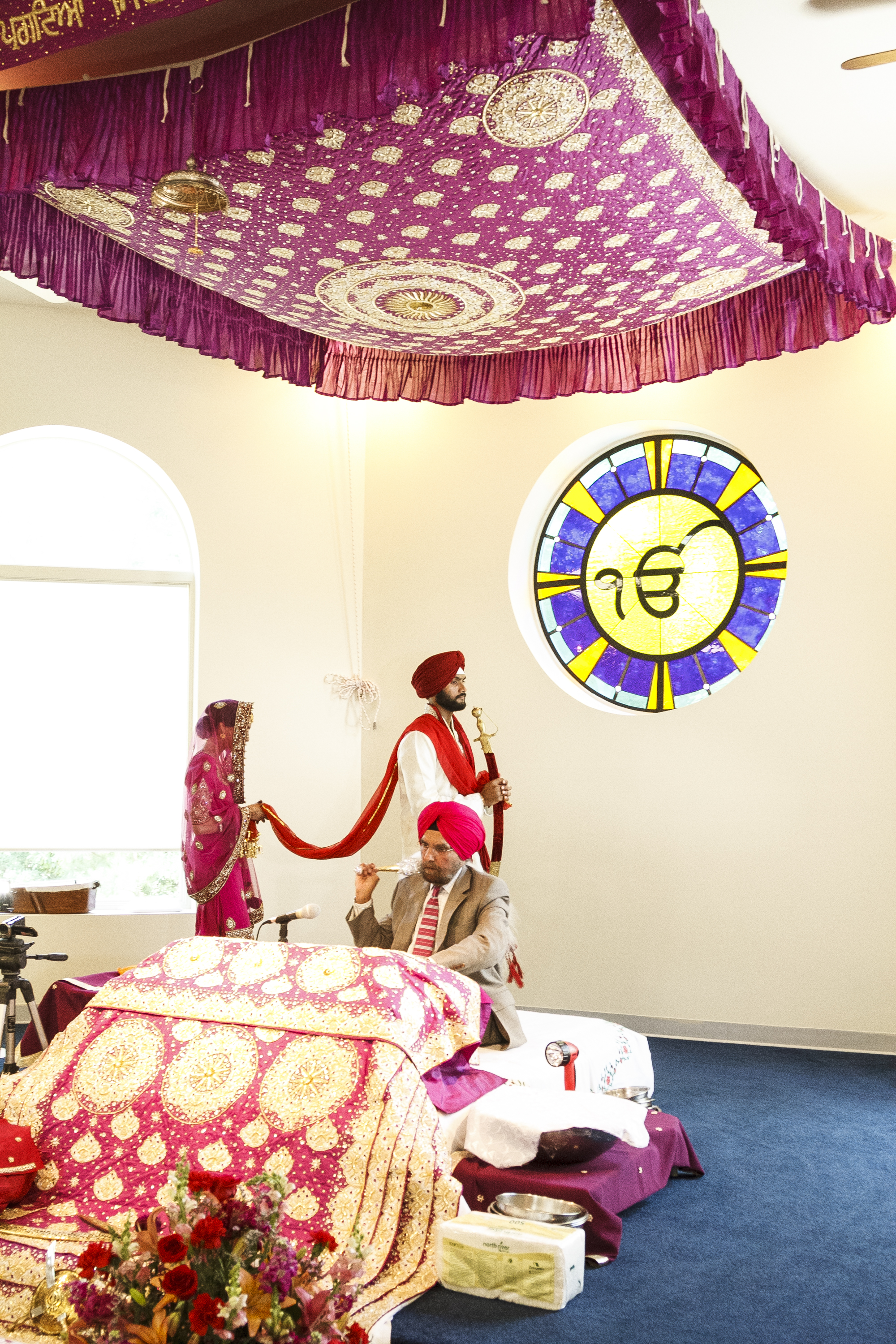 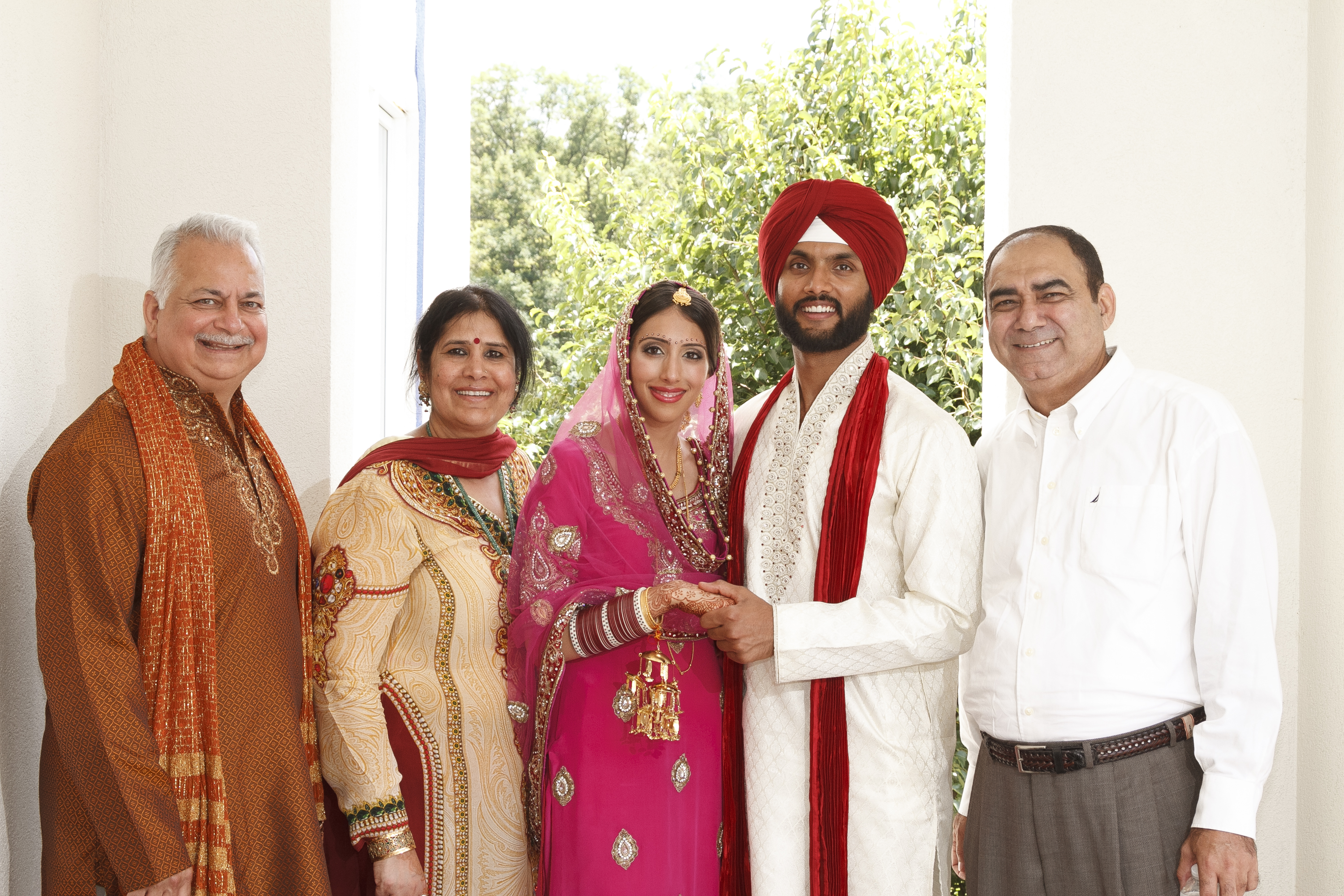 As the bride and groom leave their ceremony, the bride will toss rice over her head as her own family follows behind her.  This symbolizes that she is leaving her own family behind to begin a life with her husband and is quite a bittersweet part of the wedding ceremony. 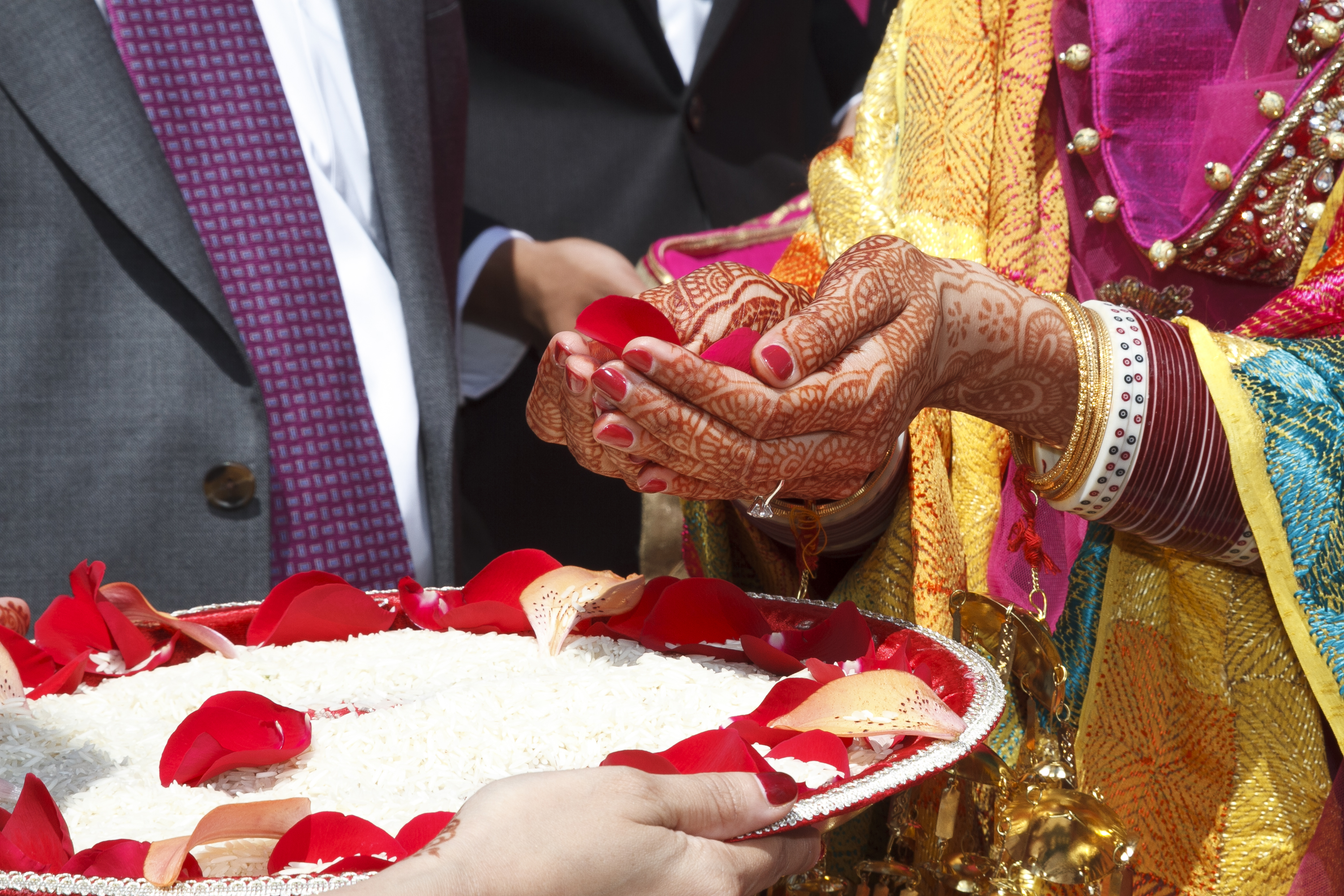 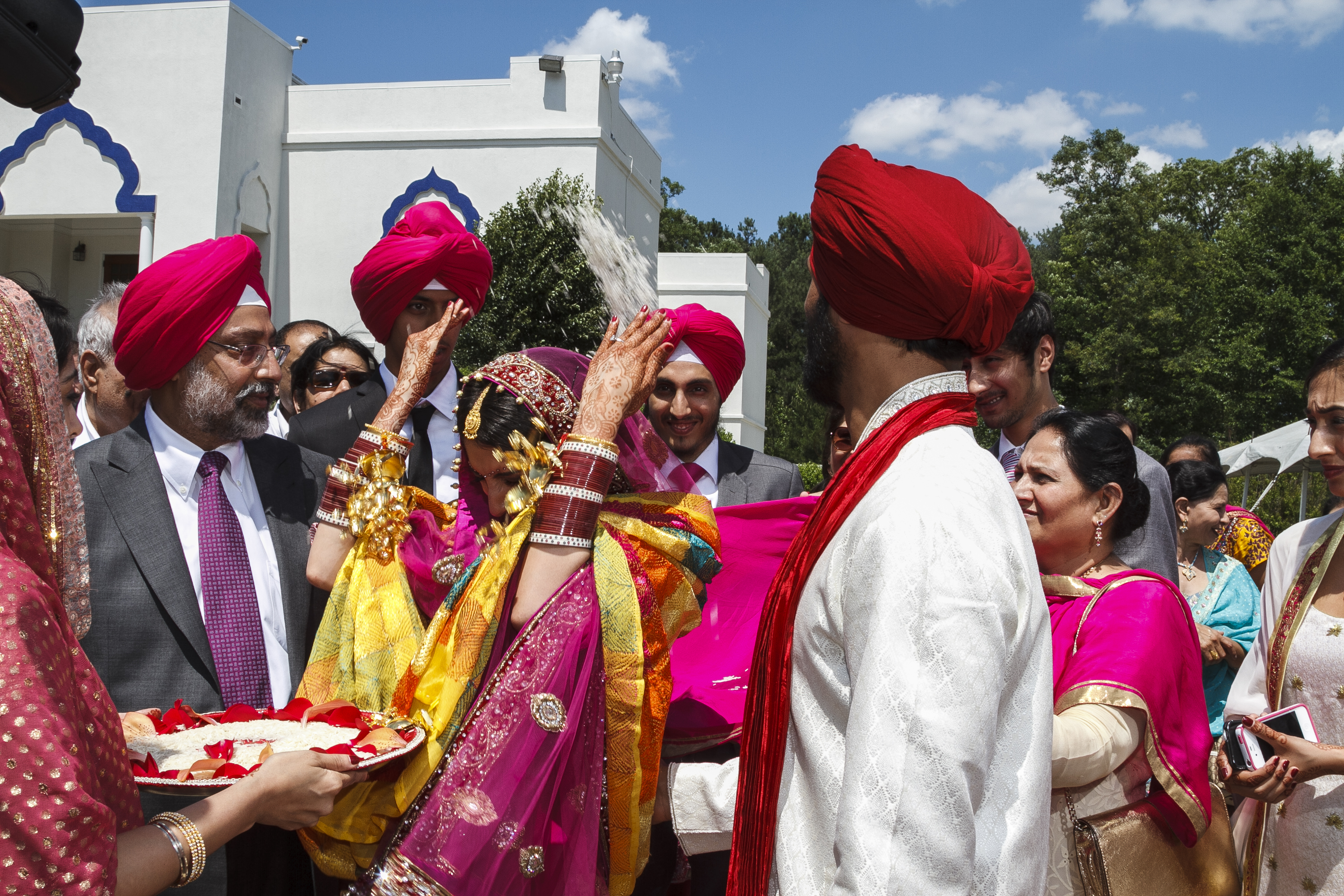 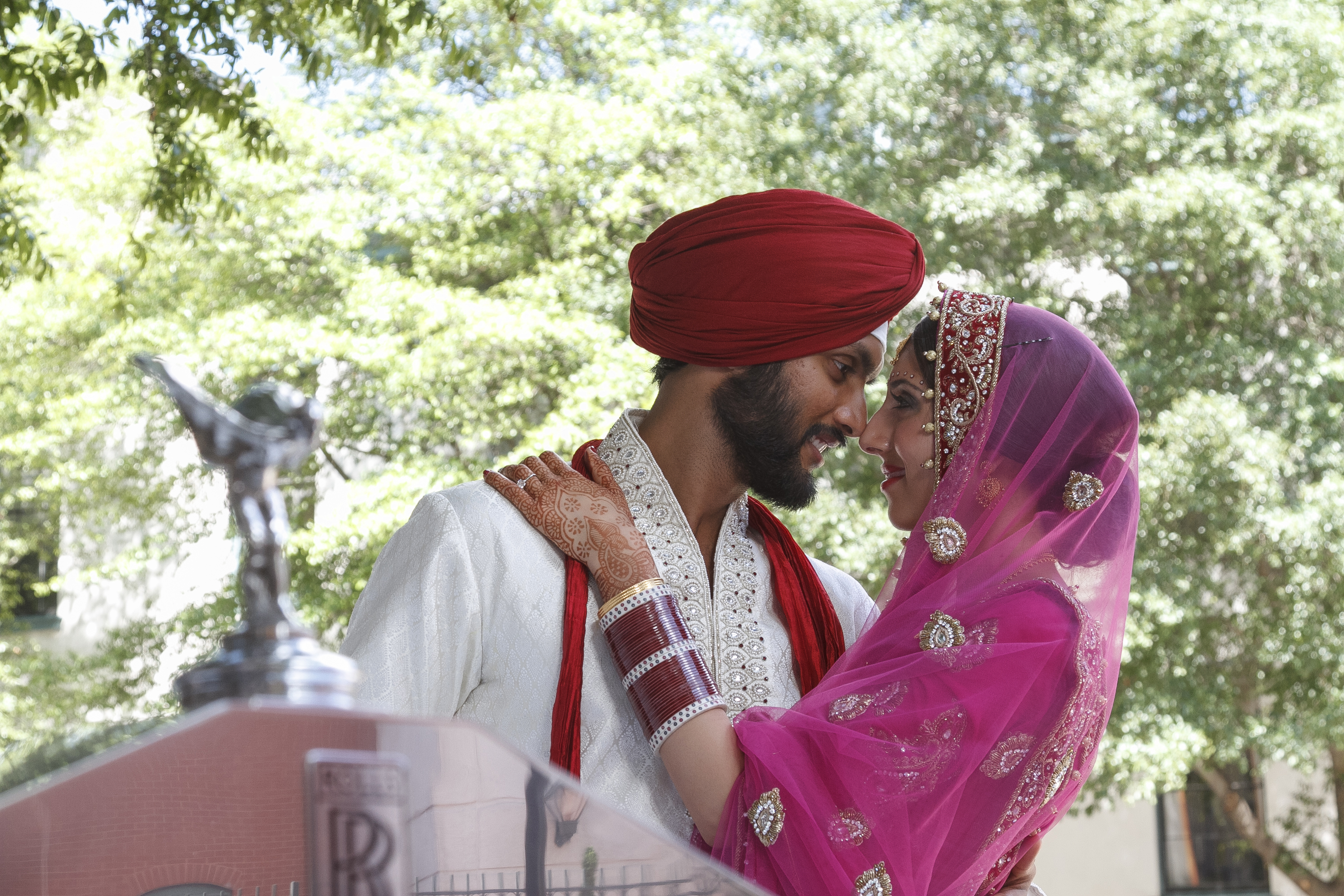 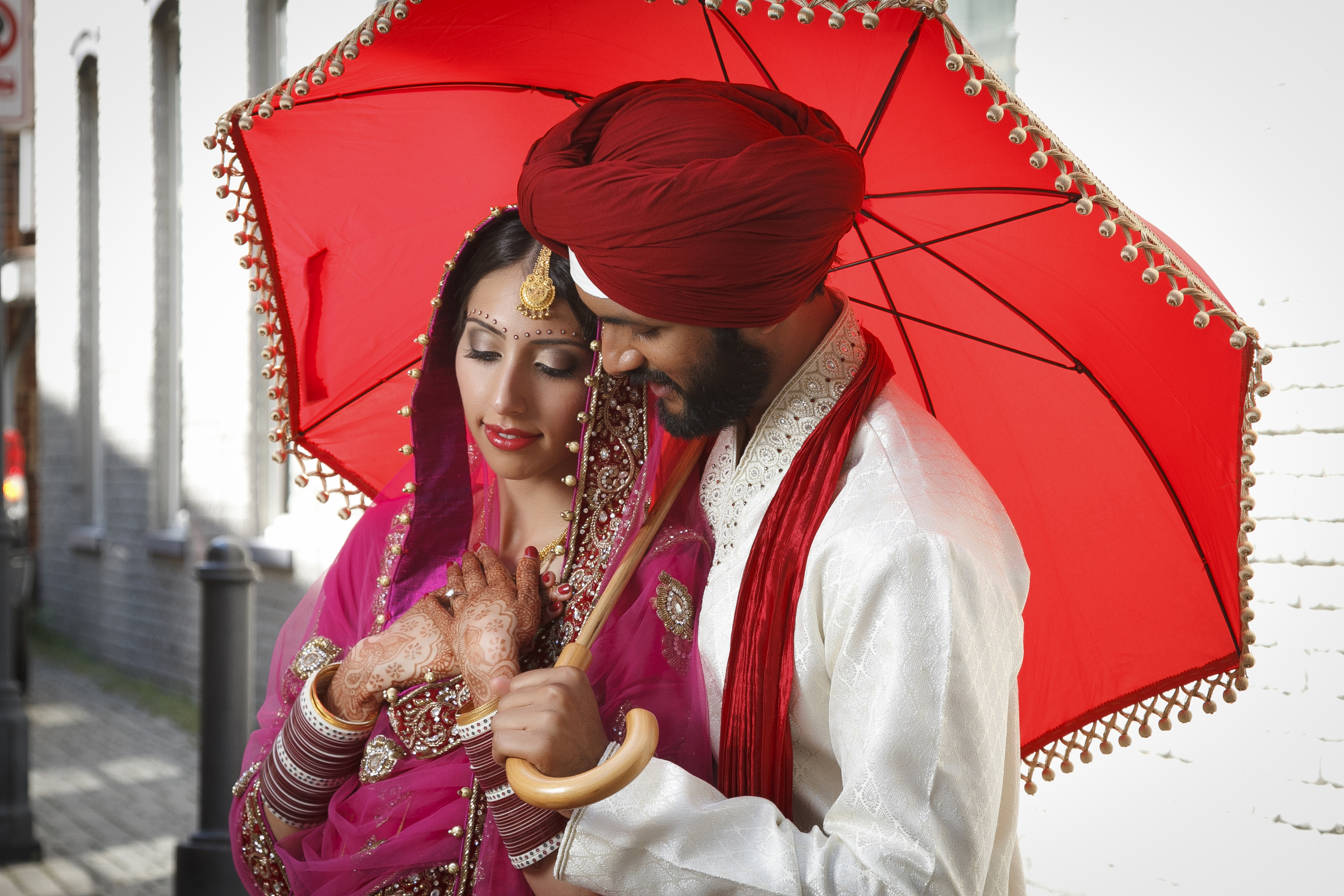 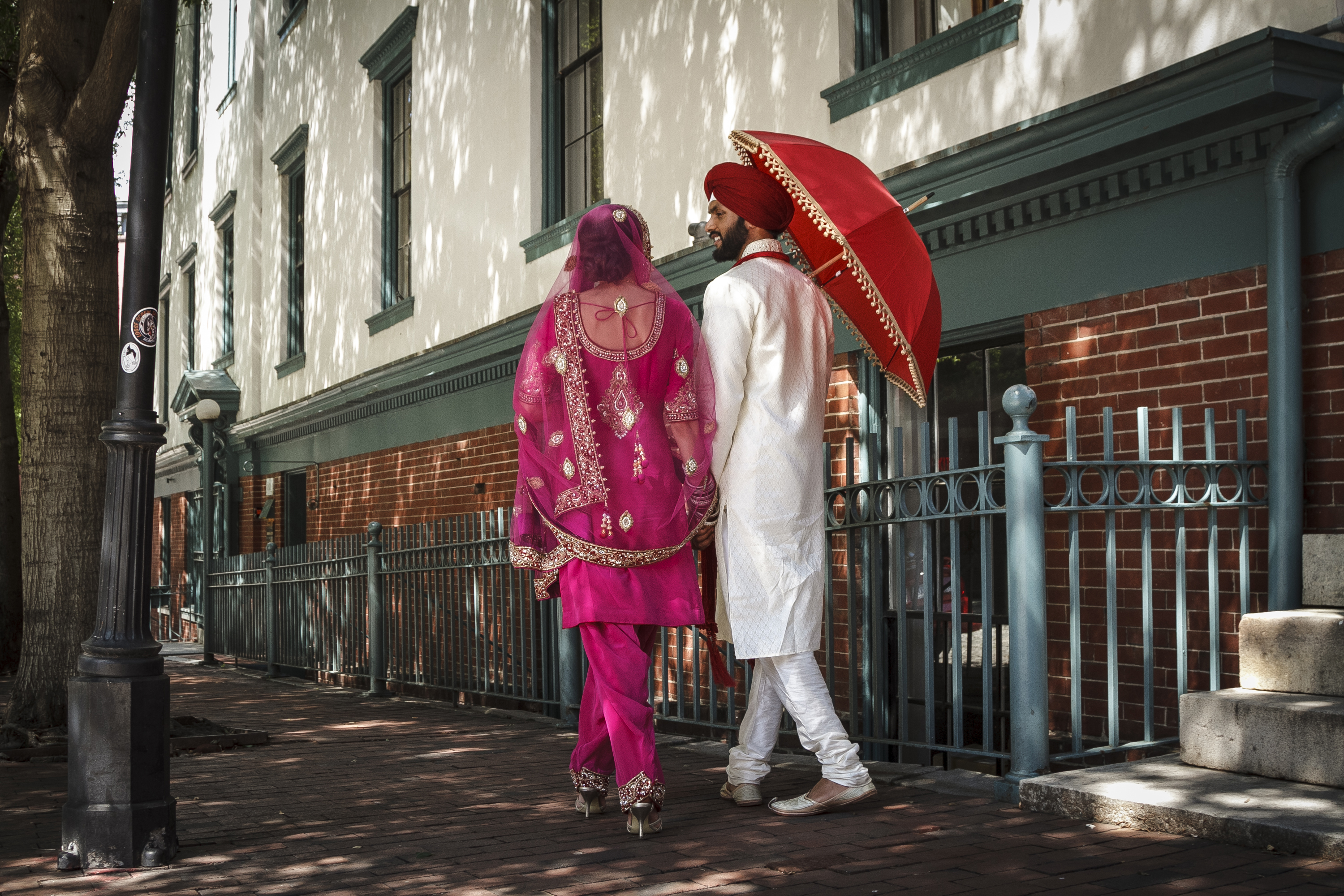 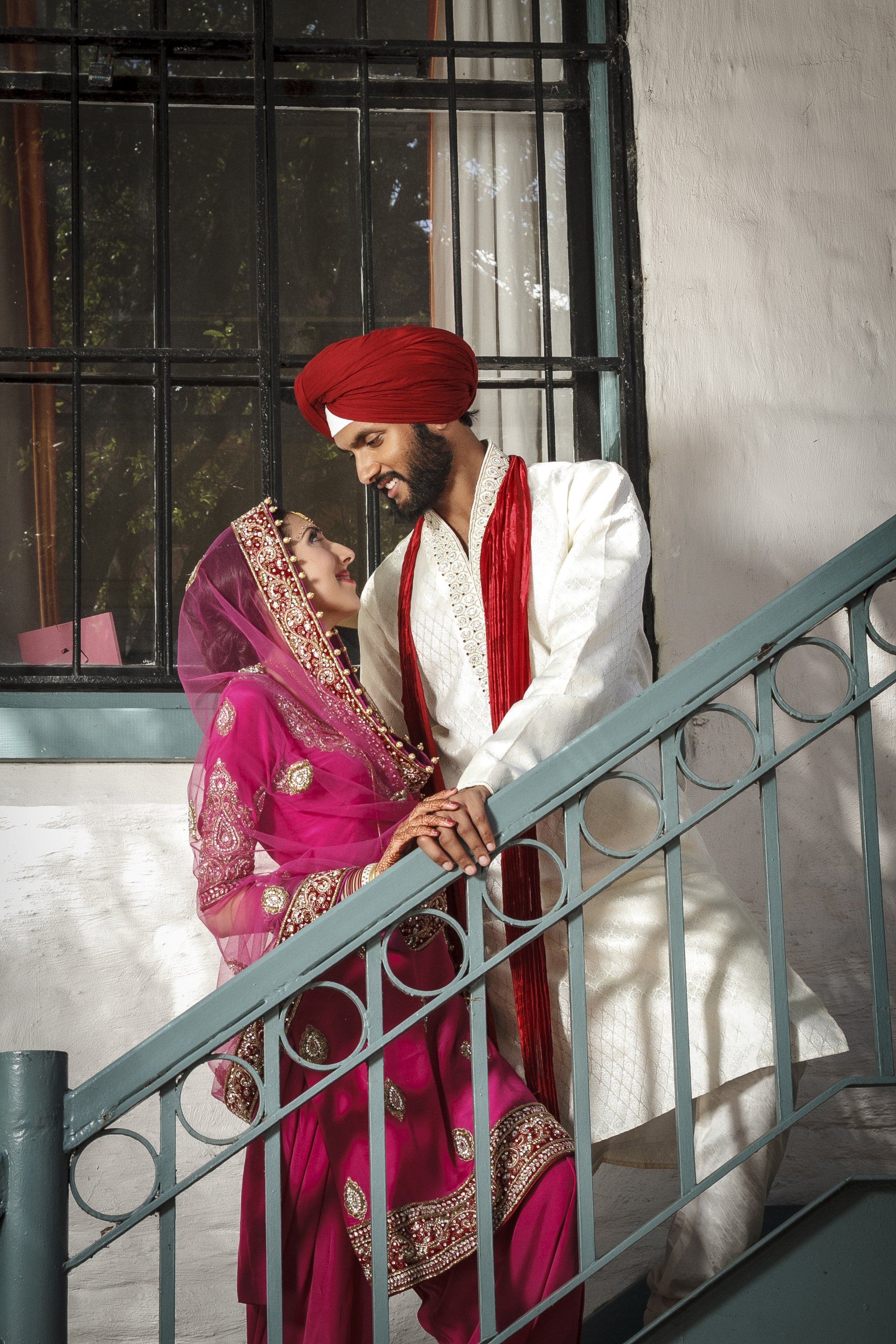 The Richmond Marriott Downtown provided more than enough space for Sheeri and Venkat’s big Indian wedding! The two chose classic white and silver to keep things romantic and sleek. Their centerpieces by Vogue Flowers were beautiful white hydrangeas and roses, and Sheeri made the wooden table numbers herself. 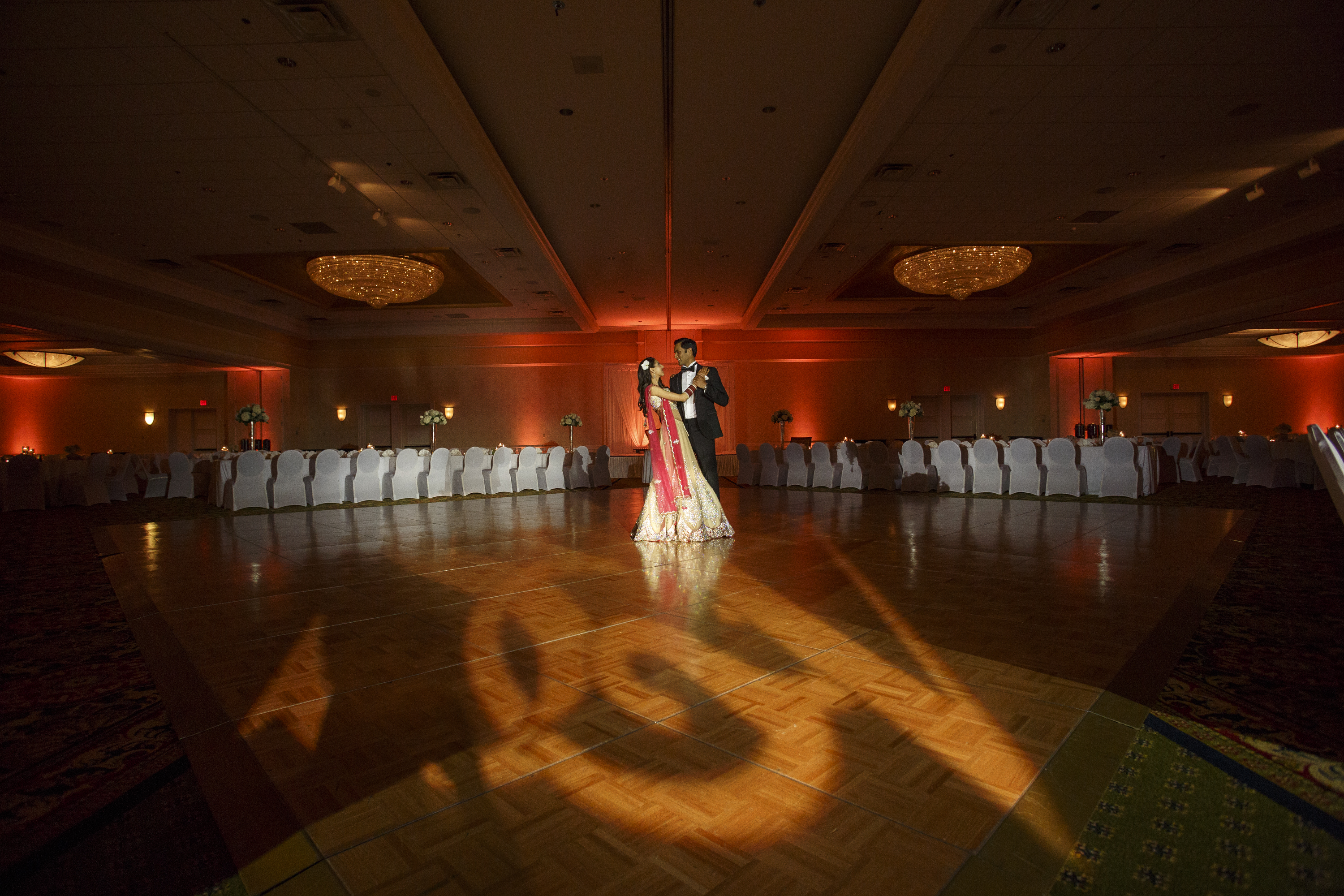 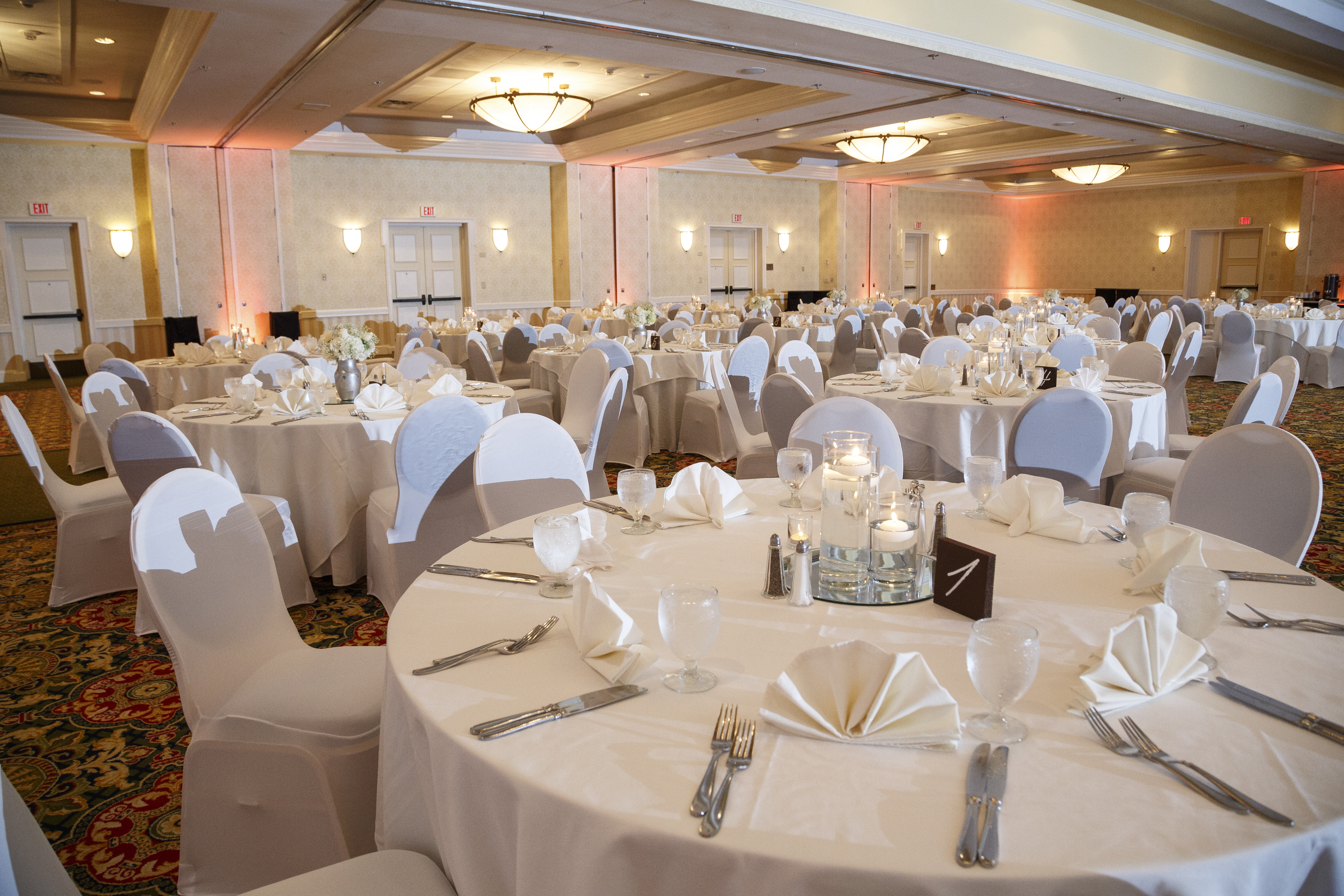 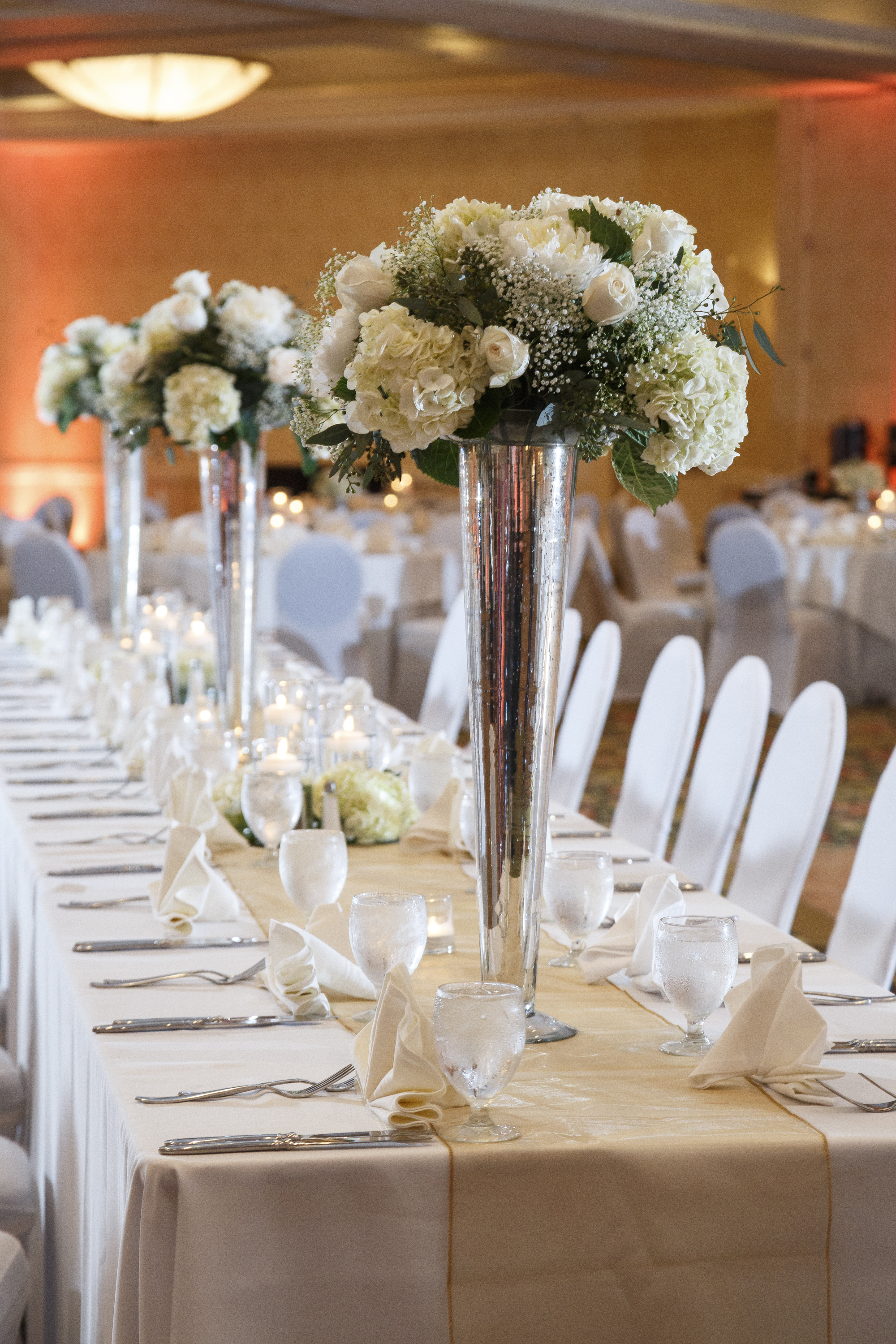 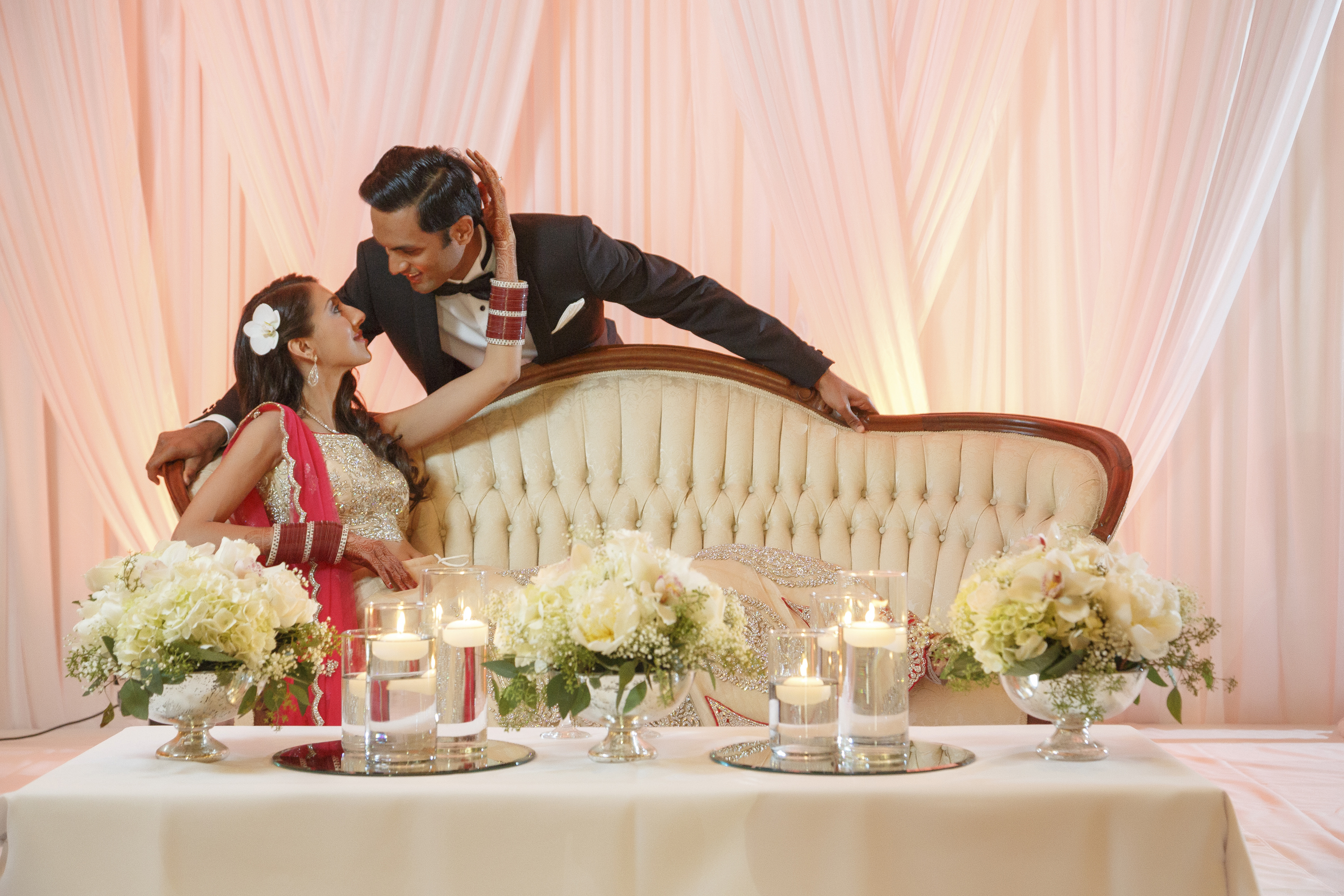 The couple wanted their big entrance to really stun their guests. They rented a rickshaw to drive them into the ballroom. Sheeri says, “Our guests were blown away!” She was also wowed herself by Venkat’s arrival to the Gurdwara (Temple) on a white horse. The bride says, “The excitement of getting married and a “˜this is actually happening”™ moment hit me!” 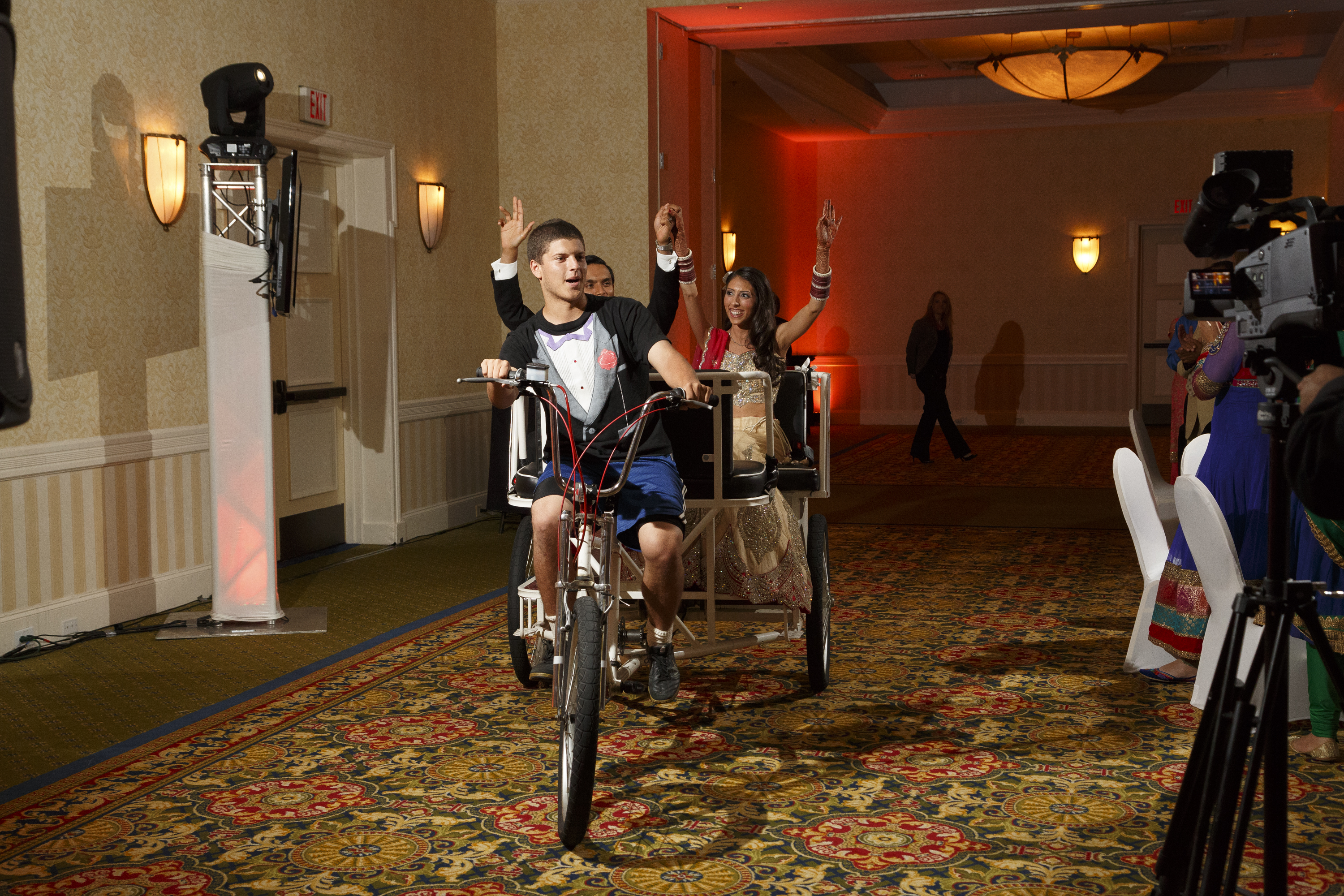 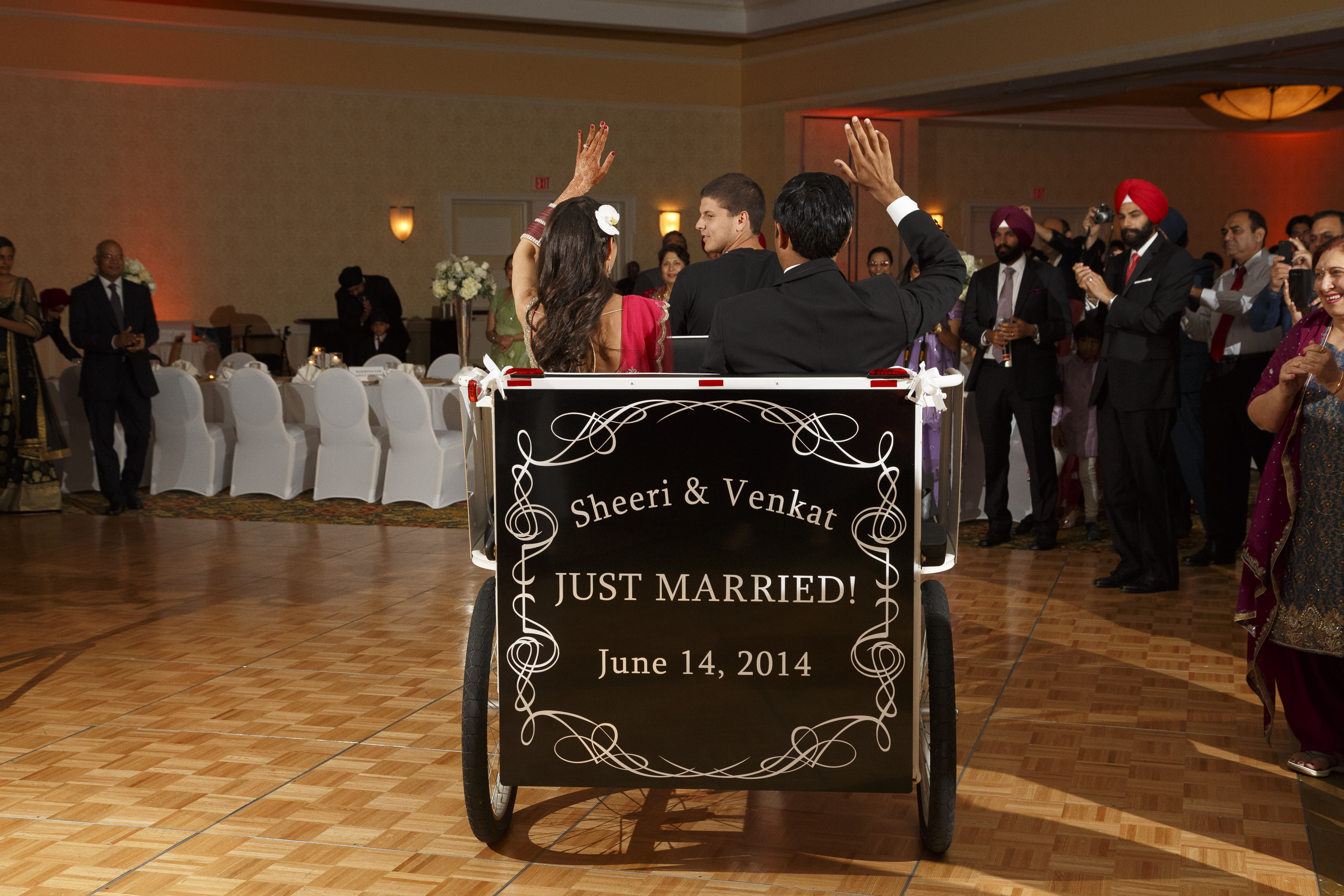 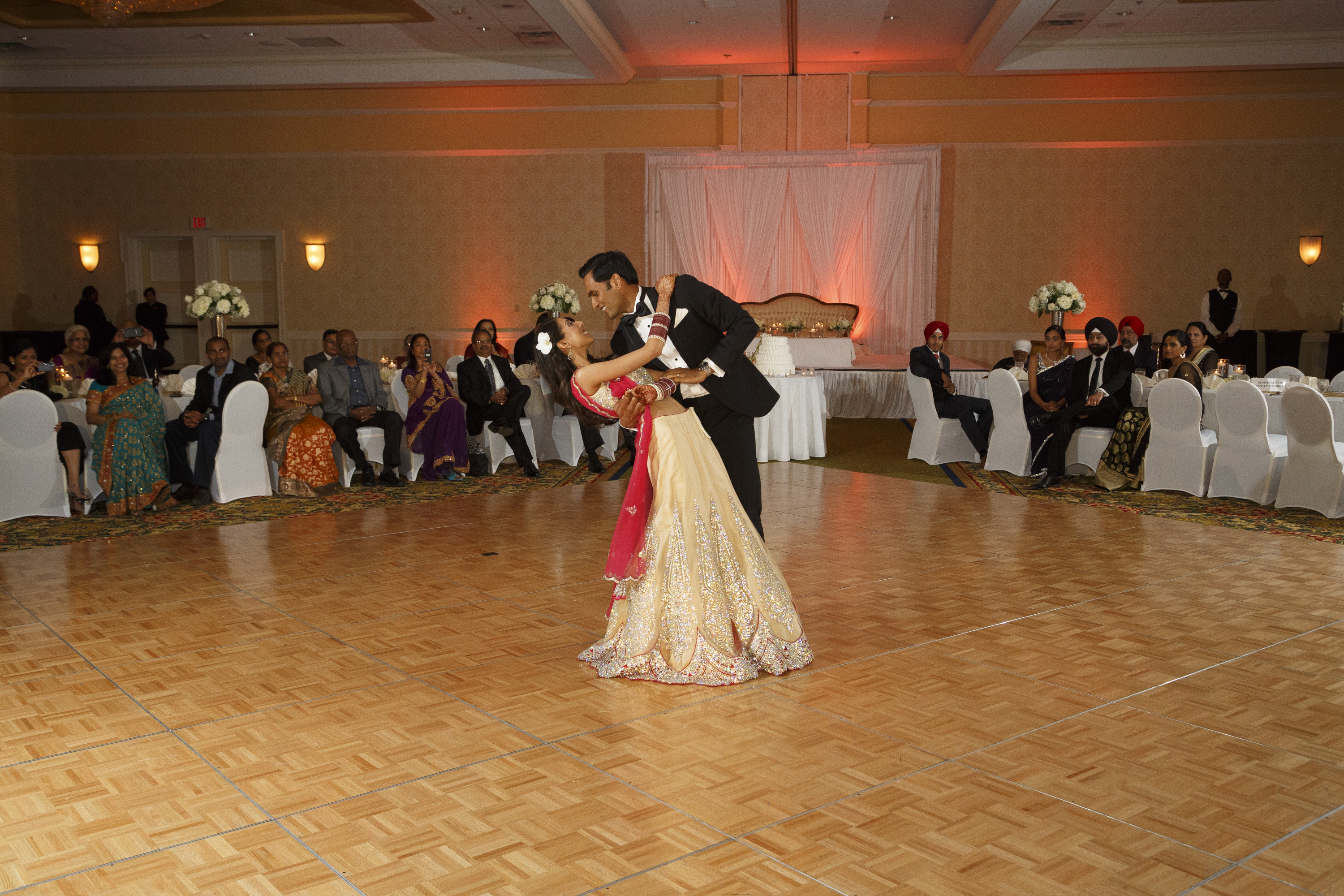 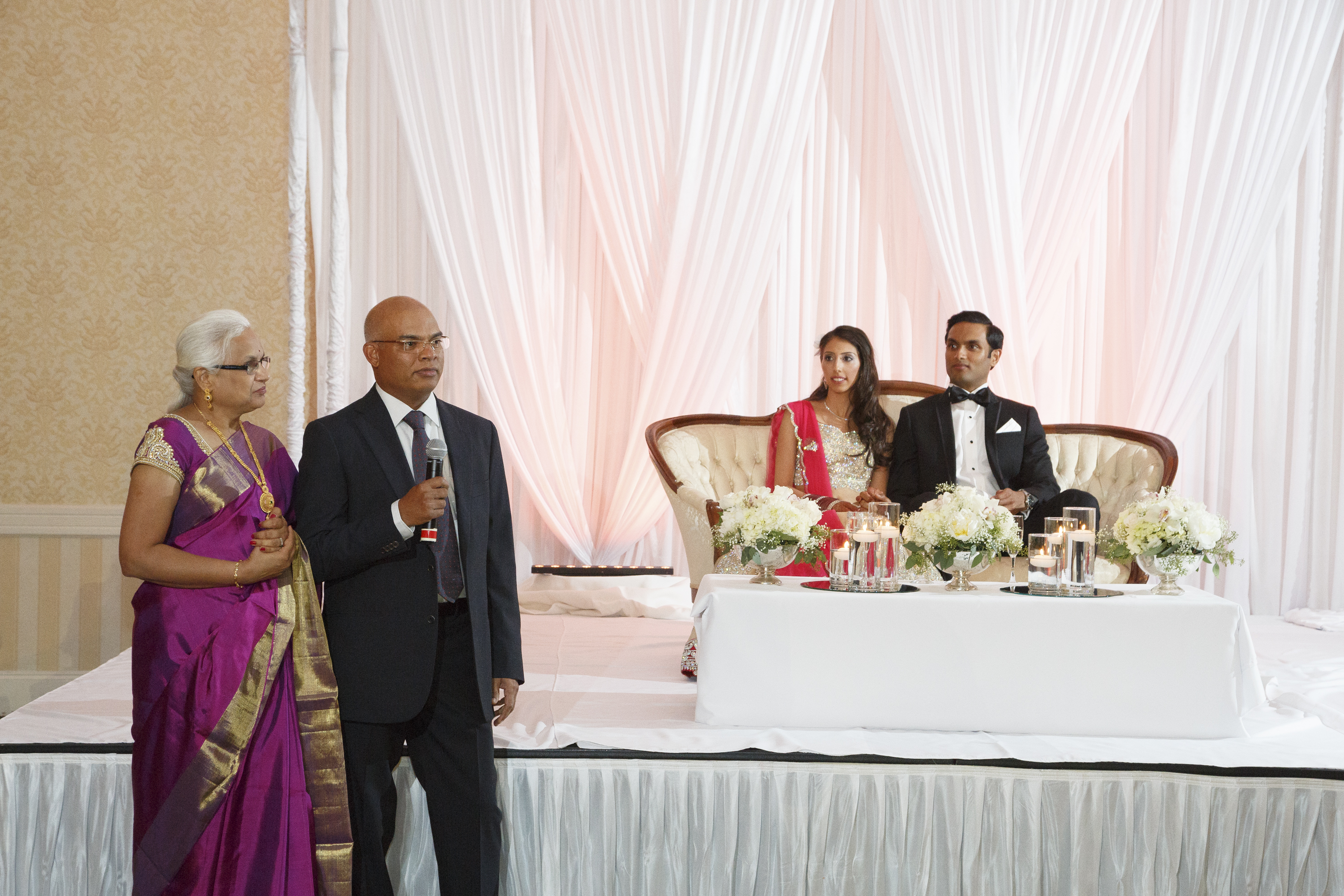 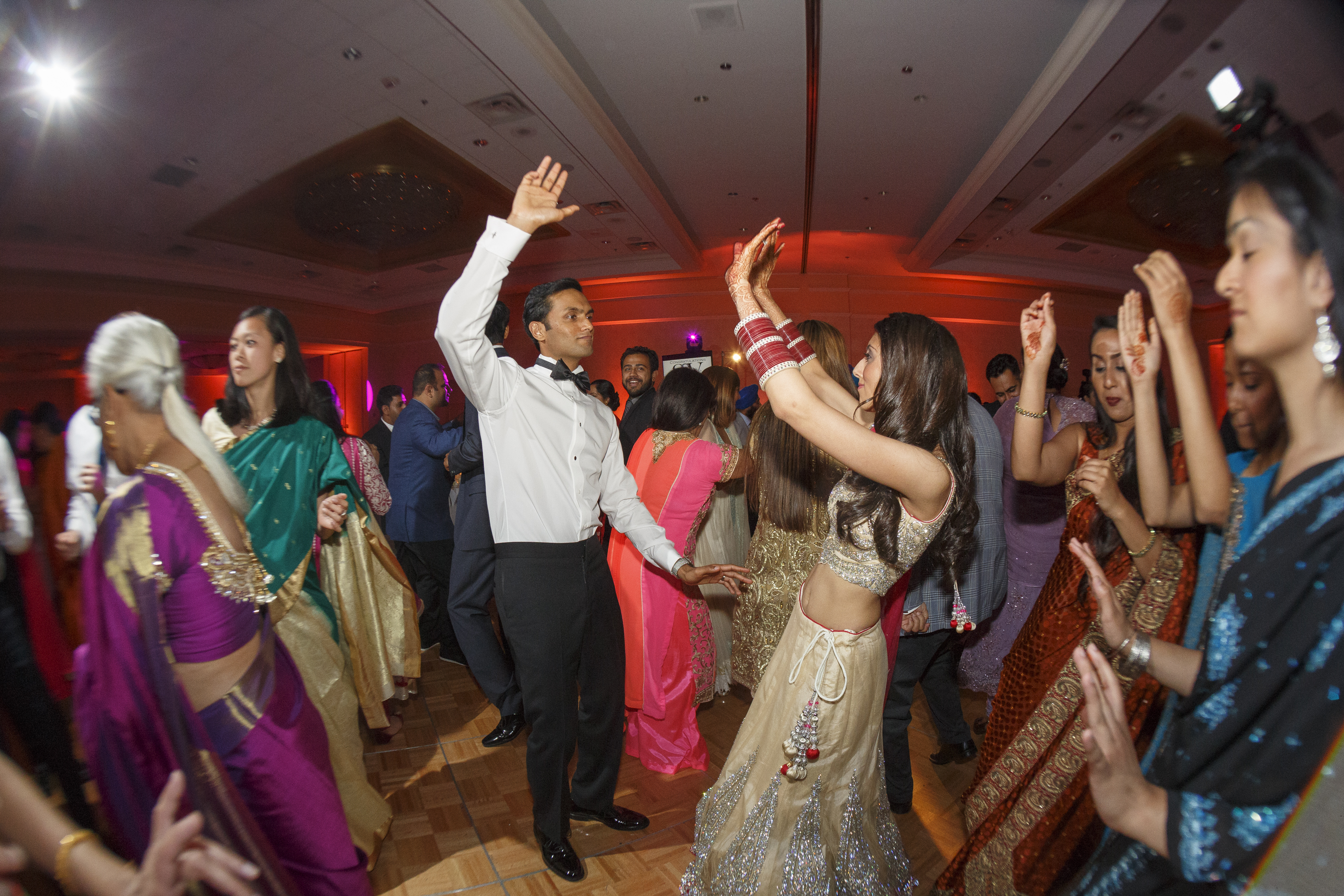