From the Groom:  “I remember the first time I saw Jamie on a work trip.  My first impression was ‘Wow, she’s cute,’ but then I realized I didn’t know hardly any of the people she was with.   I thought she was with a different company altogether.   At the end of that day, I assumed that was the last I would see of her.

The following week, I remember the surprise/relief/excitement when I saw Jamie walk into our daily plant meeting.  Over the following  weeks, I would get to sneak glances  at her from across the room.

Over the next few months, I would seize every possible moment to stop and chat with Jamie.   Eventually, I worked up the courage to invite her out after work with some coworkers to a local bar.   Even though it was typically all guys, she gladly came.   We talked more and more as the year progressed.

I would like to say that I remember the day I fell for Jamie, but in reality it happened — although quite rapidly – over time. As I was trying to think of a specific moment, I struggled because I kept remembering numerous times where I have fell for and keep falling for her.” 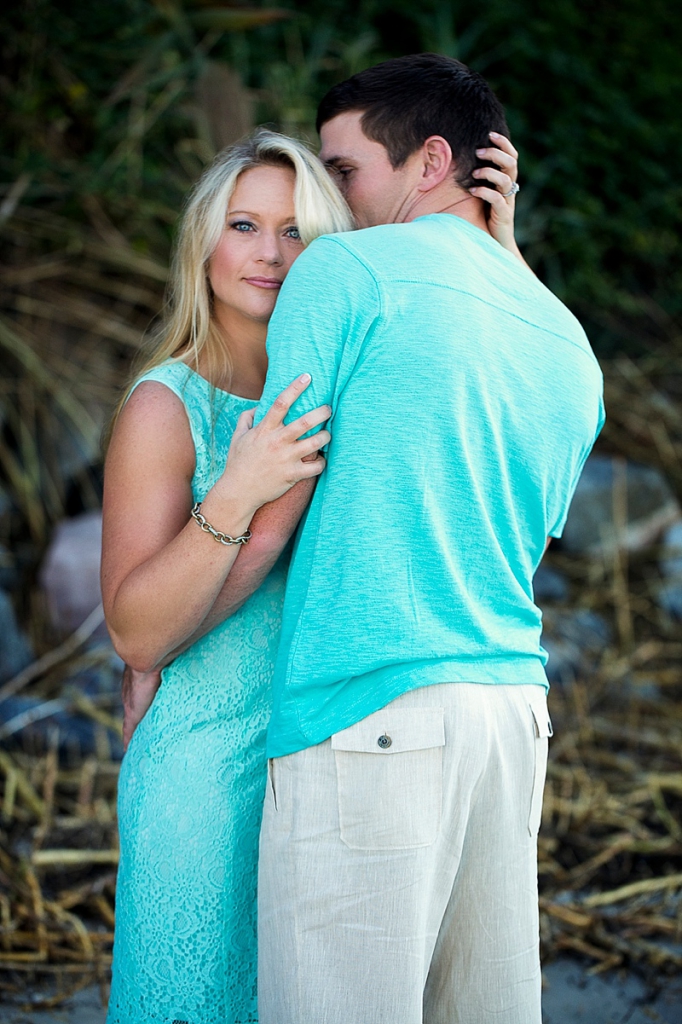 From the Bride: “I first met Calvin in May 2013 on a work trip to visit a customer site. I thought to myself, “He’s cute!’ Over the next few months, we became fast friends helping out each other at work, and I realized how incredibly intelligent and what a great person he was.

When  one of my BFFs came to visit for a night on the town, we ran into Calvin at a local restaurant. Calvin and I talked for what felt like hours, and secretly I knew I had fallen for him. To this day, I can quote Vidya, my best friend, on the car ride back home.  She said, ‘JMoney (my nickname), you and Calvin should be together!’ A couple months later and Calvin and I had our first date, and the rest is history.” 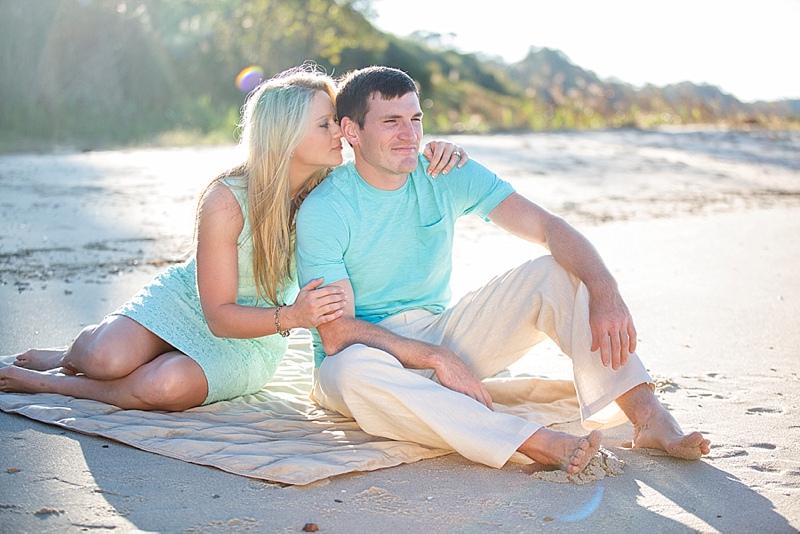 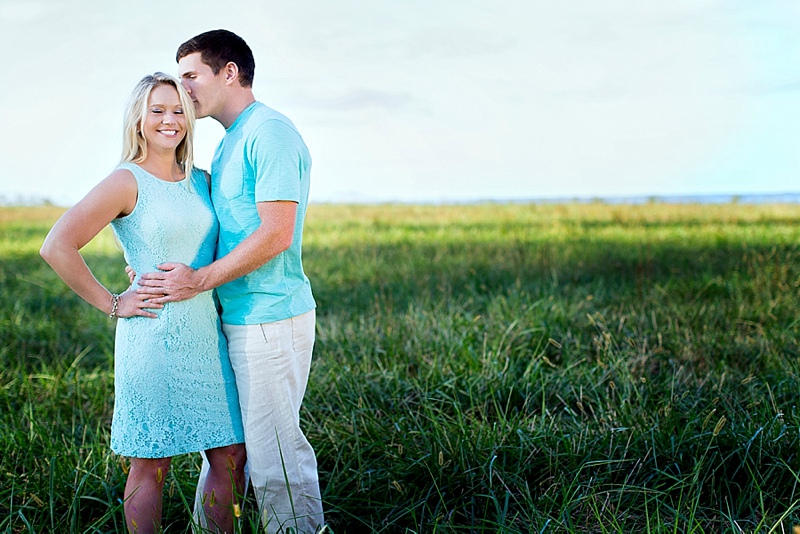 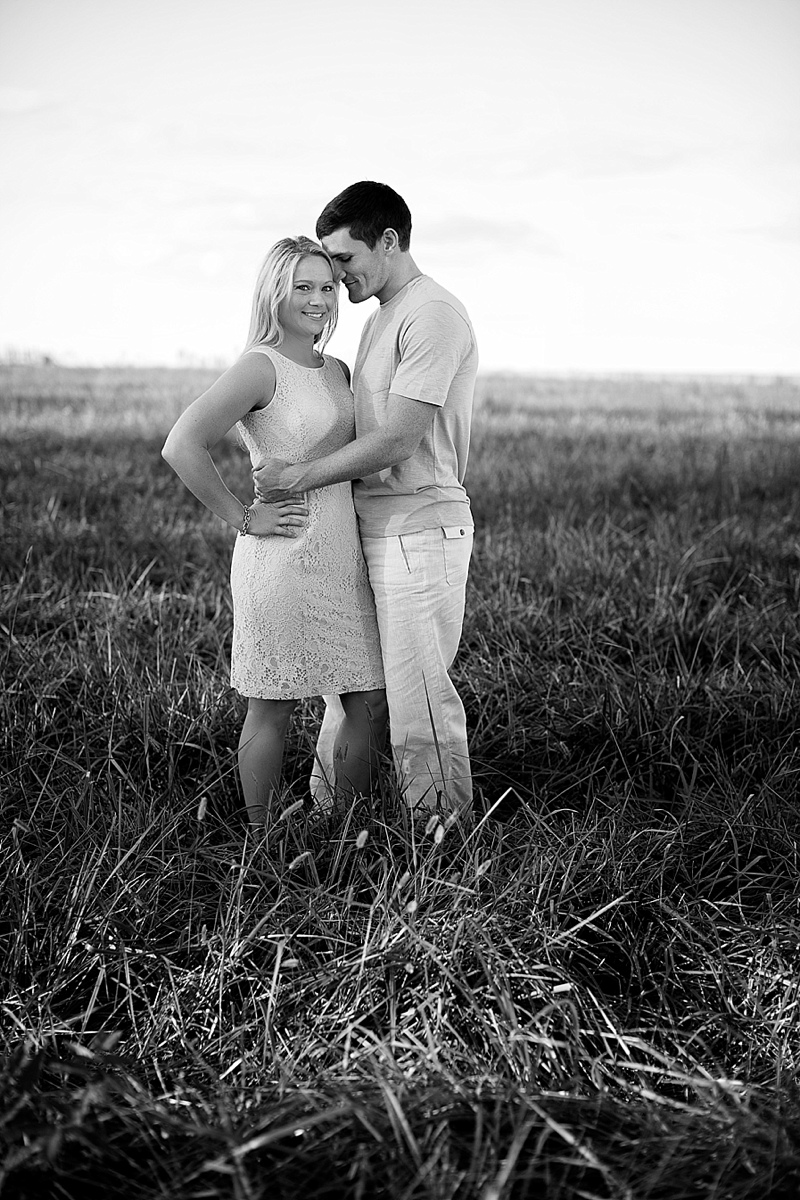 So how did he do it?! Tell us about your proposal!

Jamie says, “We decided to take a big vacation last May for Calvin’s birthday.   After a little discussion, we both decided on Ireland.  We wanted to see as much of the island as possible, so we spent most of the vacation touring around and moving every other day or so. I  had suspected that Calvin had something up his sleeve, but after seven days (of a ten day trip) through some of the most beautiful country in the world (and some top-notch proposal locations), I had dismissed the idea.”

The two  arrived to the Cliffs of Moher on the windiest and coldest day of the trip at roughly 45 degrees. Calvin jumped out of the car to grab a sweater for Jamie  to put over her  jacket.   At that point, he covertly pocketed the ring.   From then on, Calvin was looking for the perfect spot to pop the question and could see this small castle turret off in the distance which looked ideal. 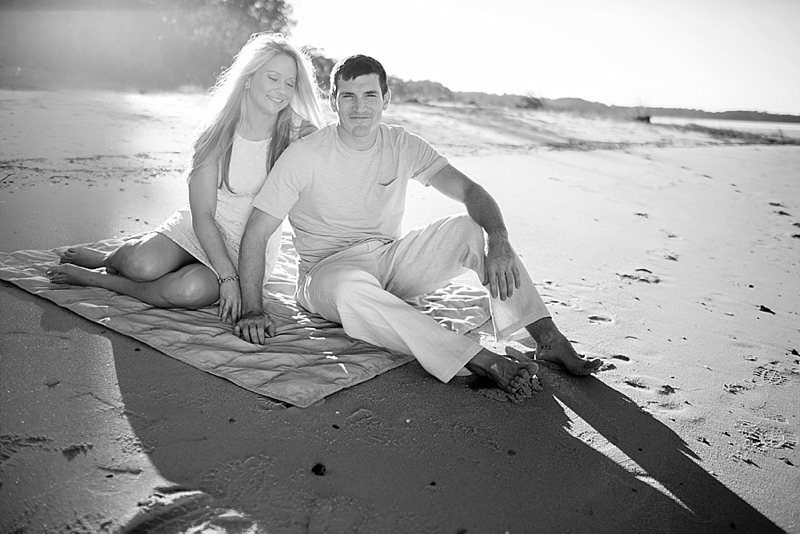 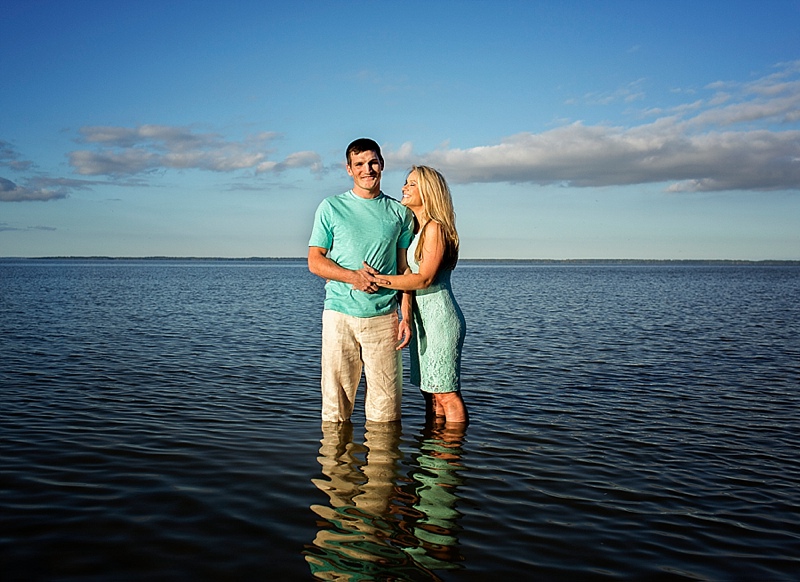 As Jamie & Calvin got closer to the turret, the area with the best background had tourists crowded all along the wall, making it near impossible to get a good picture (Calvin had planned to hand the camera to a stranger to take our picture).   Suddenly, the entire crowd parted like the red seas, and the perfect opportunity presented itself.   The only issue was, Jamie was nowhere to be found!   She had wandered off further down the path while Calvin was taking pictures.

Calvin caught back up with Jamie and they continued along the cliffs.   Eventually, they passed by a small rock-ledge that overhung the roughly 330 foot drop to the rocks below.   A young couple was getting their picture taken, so Calvin asked if they would take some pictures with our camera of us on the ledge.  The two initially hugged and the gentleman taking pictures snapped a few photos.   When he finally realized Calvin was dropping down to one knee, he simply held down the shutter button!  Jamie said, “YES!” 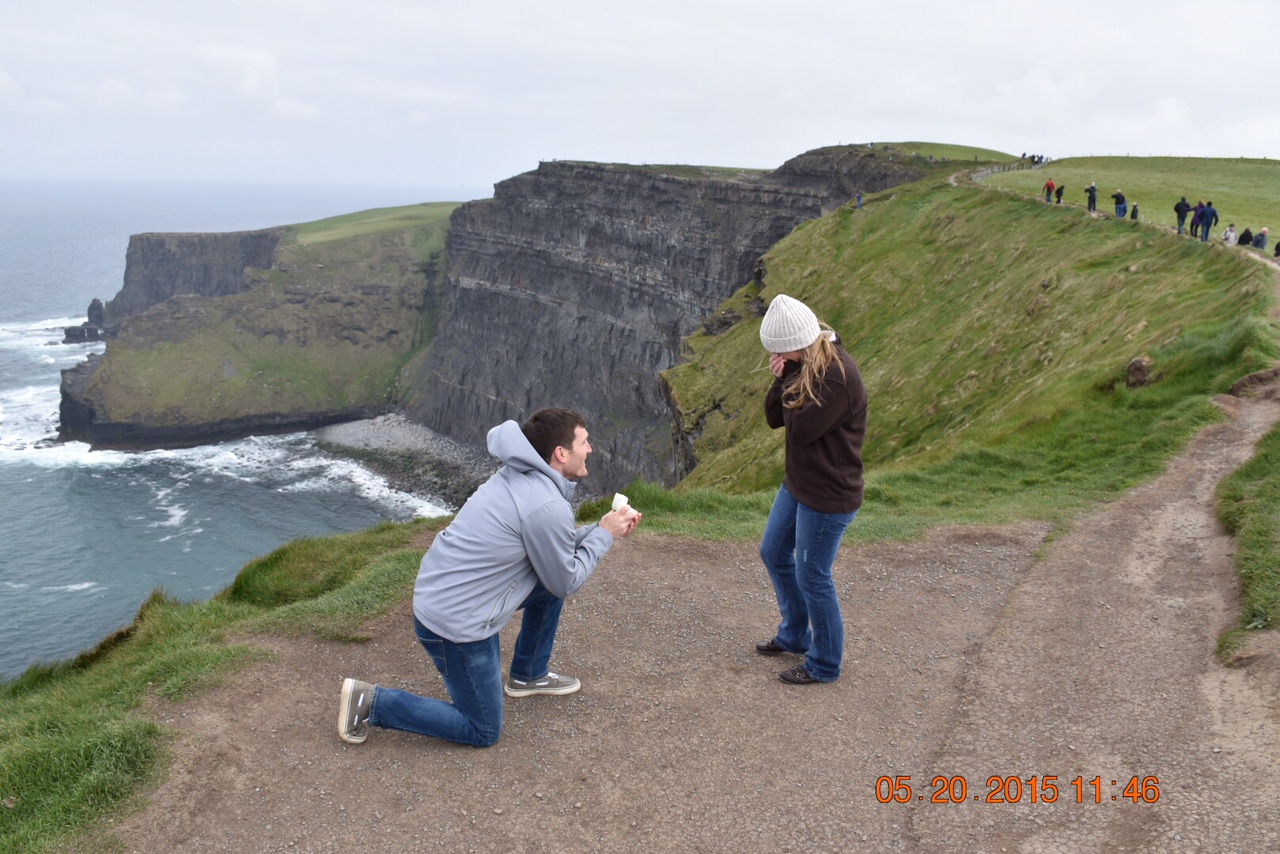 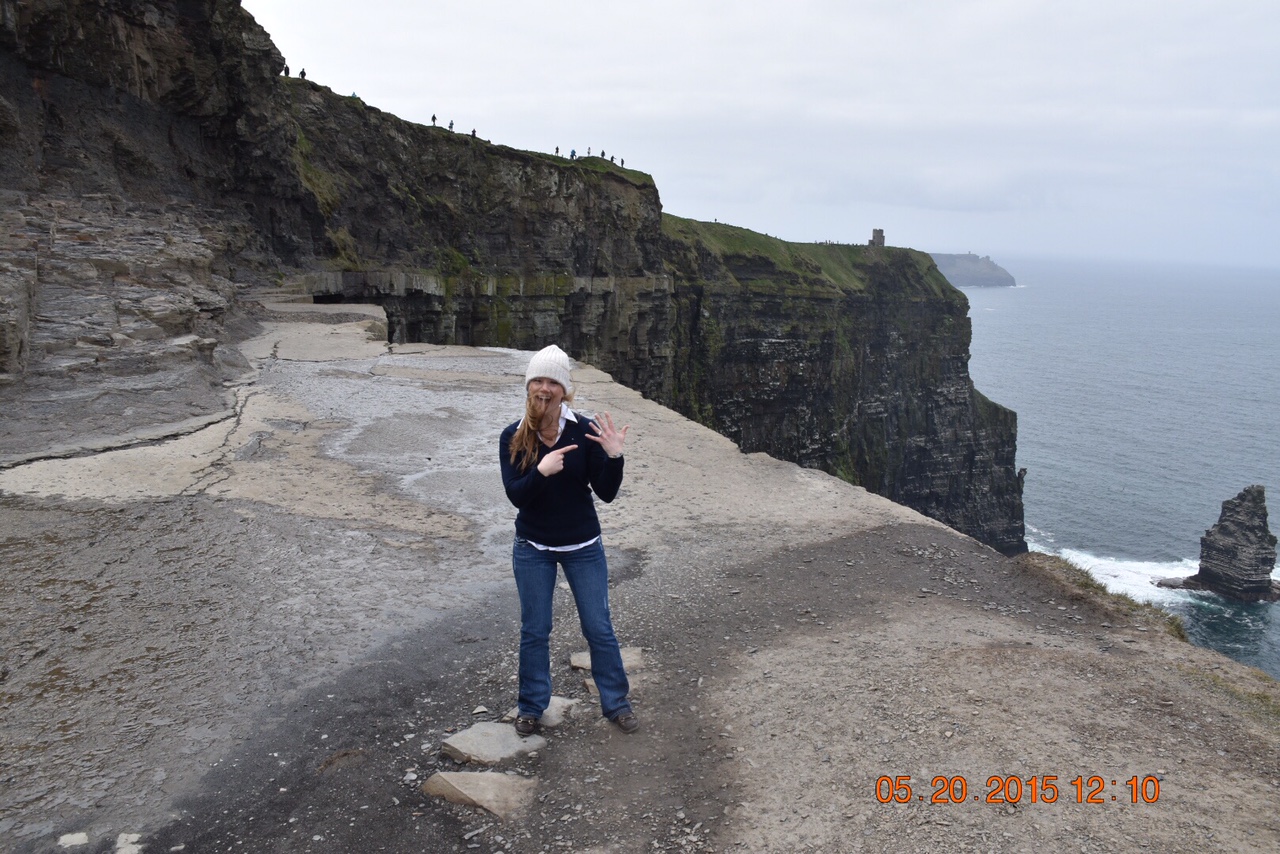 Why did you pick the venue that you chose for your engagement session?

Jamie and Calvin felt that their home was  the best location for everyone: A beach for her, a woods to hunt for him, and a massive yard for their Doberman, CJ, to play! 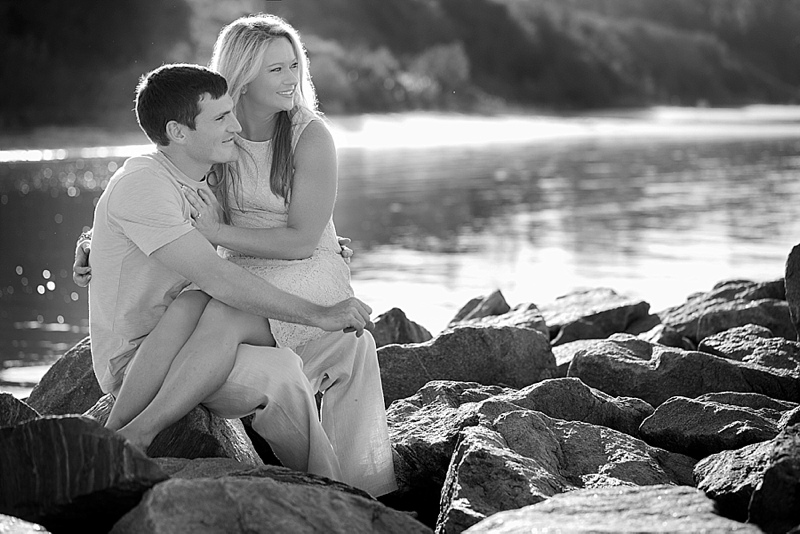 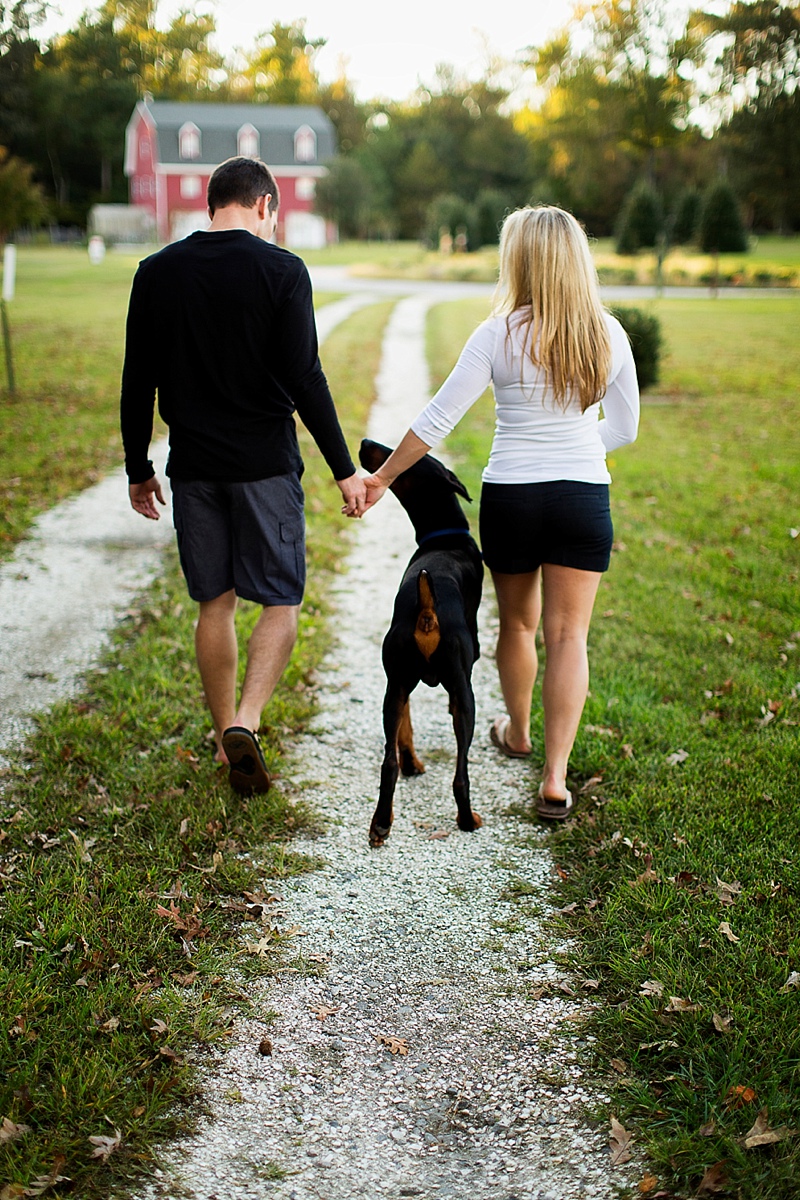 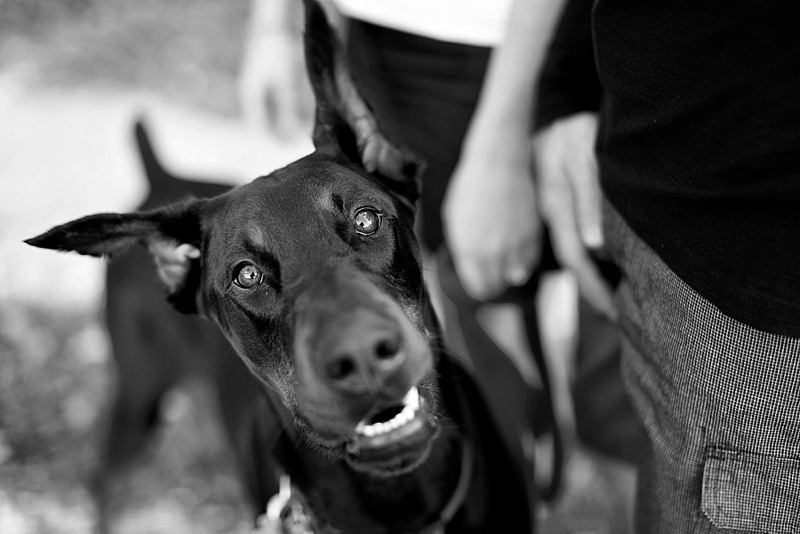 If you can offer any advice to engaged couples, what would that be?

Makeup:  Jamie did her own!

Locations:  our front porch, beach, driveway, and a field by our house

Other Vendors:   He went to Jared!

22nd February 2016, 9:15 pm
So cool. Pictures are fantastic. Best regards on a wonderful life together.
Reply